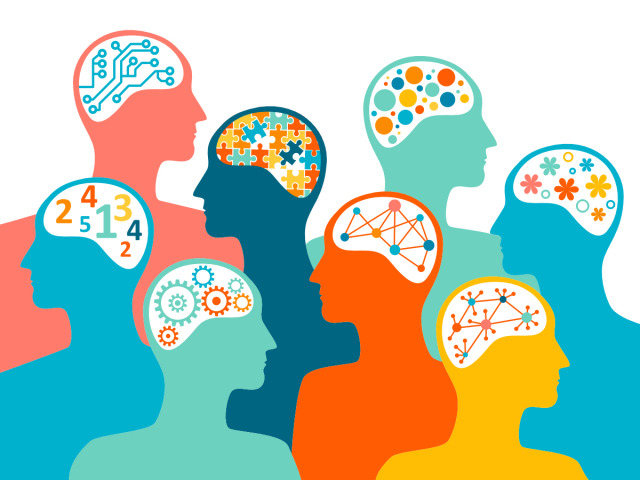 Dyslexia is not a ‘disorder’ but an evolutionary advantage that can be harnessed in times of entropic change. Because the dyslexic gene appears to be the personification of the lateral-thinking or adaptive human gene, enabling people to see problems in visual form, dyslexics embody an ability to perceive patterns where others see nothing. The best estimate is that 20% of the UK population is dyslexic. However, dyslexics with a low IQ are unable to interpret the information fed to them by a linear educational system, as before that information can be useful, they have to build an internal mental hologram that they can then populate with the information of conventional education. As that hologram is increasingly populated, they see linkages between information points that linear thinkers could not see and, as a result, see patterns. A few go on to make new quantum advances in thinking that feedback positively into society.

As a result, most dyslexics will initially present as slow learners with poor reading and writing skills. As they build what we call their ‘learn to learn’ programme, they start to catch up with linear thinkers by the time they are at university, where they can excel as their unique thinking power becomes noticed. Interestingly, one of the hallmarks of this learn to learn programme is that those that have it never stop questioning for the rest of their lives and would be categorised by others as ‘always questioning’. Linear thinkers seem to stop questioning from their forties onwards. However, conversely for those with dyslexia and a low IQ, life within a modern human society at peace is extremely challenging as many will have failed in the education system, and they will naturally feel separate from the society in which they live. These factors, combined with a lack of respect for the rules and economic desperation, mean that dyslexics represent 50% of the UK’s prison population.

On the positive side, a society that recognises the potential of lateral thinkers (and especially dyslexics) across the whole IQ spectrum and is also prepared to invest in and optimise their educational process, with early dyslexic detection and new ways of teaching that connect with right-brained hard-wiring, will reap the significant benefits of maximising the other 30% of society’s potential. Not only would this lift the pressure on law enforcement, but also would turn potential dyslexic offenders into positive forces within society. The evidence is clear that 40% of UK entrepreneurs, who are one of the main drivers of new growth within an economy, are dyslexic. So imagine what would happen if that creative index could be increased!

The considerable number of dyslexic high-achievers in Western society is notable, despite its phase of decline which creates environments that always contain such thought processes. However, as Britain is now in a phase of expansion, we could well see a new value placed on lateral thought processes and problem solving (e.g. GCHQ) in a time when linear thought processes are rapidly being replaced by AI.

Notably, LinkedIn has just added ‘dyslexic thinking’ as an official skill, and Dictionary.com has included it in the dictionary, a term that accurately describes the thought process at Global Forecaster rather well!

We call it Strategic Dyslexic Thinking which is our USP, and which explains our success in consistently predicting future events 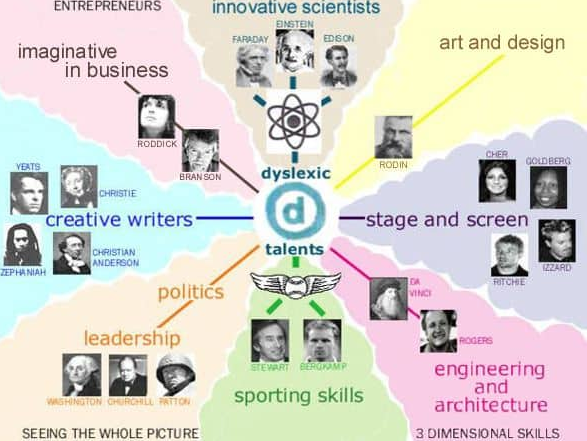 THE EVIDENCE IS BUILDING OF THE BRILLIANCE OF DYSLEXIC THOUGHT

As we predicted, dyslexics in the UK are receiving more positive press as the nation has moved into the second stage of expansion to empire. Having made this prediction about Britain's need for increased lateralisation (and thus dyslexics), we have noted more positive articles on dyslexics and their role and contribution to society, supporting our hypothesis on the qualities of lateralisation and dyslexics.

The below is a list of the Many Strengths of Dyslexics from the University of Michigan  http://dyslexiahelp.umich.edu/dyslexics/learn-about-dyslexia/what-is-dyslexia/the-many-strengths-of-dyslexics

Some of the world’s great thinkers, entrepreneurs, celebrities, and billionaires happen to be dyslexics. Here are some of the advantages that are reported by successful dyslexics;

These are only 10 of the traits that can come with being dyslexic, we suspect that there are many more!

THE DYSLEXIC HALL OF FAME

Please let us know if you have more we can add to our list.

Why dyslexia is not a ‘disorder’ but an evolutionary advantage