The current discourse that occupies Britain over Brexit is a critical issue for the Nation. Simultaneously, it has been a fascinating current day example of the power of the Five Phase Life cycle that underpins the predictions of Breaking the Code of history.

By applying this behavioural overlay on the passage of events it has provided greater understanding as to the social forces at work in society and provided the accurate prediction as to the path the Nation will take. That path is very clear. That Britain will leave the EU on WTO terms and that only when the processes and conditions that catalyze change that underly civil wars of regionalization have been met will a new more stable and capable political order unfold in Britain, focussed on the growth of Global Britain. The is no doubt that the opposing polarity of the Conservative/Labour Party dynamic has had its day and will be replaced by new energy of leadership.

The meteoric rise of the Brexit party is a clear sign of the underlying new energy that will move British politics to the right and focus on wealth creation, hopefully with a social conscience.

Whilst we will continue our coverage of the Brexit process. Vision Global Britain 2025 is the articulation using the expansive cycle to predict and enact the core policies that Britain needs for the growth and success once the Brexit issue has been settled. Applying the five-phase life cycle to understand Brexit, this perceptible late regionalization phenomenon represents a fundamental force in British society of an aspiration to be more and to have greater global affluence and influence.

With the ongoing debate as to staying or leaving the EU, the needs and aspirations of the nation have not been expressed clearly by either side (perhaps with the exception of Boris Johnson's Telegraph letters). If the aspirations of a nation at the stage of late regionalization were to be defined, then it would better inform the public’s view of Brexit and what constitutes the most optimized choice for the departure terms. I have long argued (guided by BTCH principals) that becoming a part of the WTO would be the most optimal trading structure for Britain to attain a maximized, unencumbered and adaptive growth potential. Thus, in failing to give shape to Britain's aspiration the forces of the status quo have gained the upper hand, stifling the drive and aspirations of the majority. The problem lies in poor political leadership in shaping and transmitting the vision of a Global Britain.

To attempt to correct this omission, Vision Global Britain 2025 is a campaign of education based on the principals of ‘Breaking the Code of History’ (BTCH, written by David Murrin) that is designed to empower the electorate so that they can demand its leaders enact specific policies that will benefit the whole of the country to secure a safer and stronger future.

The campaign harnesses the predictive power of the Five Phase Life Cycle to anticipate and to socially engineer Britain’s path harnessing natural energy that just needs to be amplified and focussed (outline included). Notably, civil wars effectively militarise a society preparing it to expand whilst also allowing great leadership to rise to head the nation. In Britain’s case undergoing a peaceful civil war creates some key differences in the way that the underlying energy will manifest.

Whilst it is critical that Britain wins its independence from the EU, for it to move onto the next stage of expansion, those currently in power should understand that even if a delay is inflicted on Britain’s departure there will be an increased polarisation towards leaving with time. As such we anticipate, that one way or the other, Britain will depart the EU with a clean break. Meanwhile, and coincidentally with the departure mechanism, we would expect the components of Vision Global Britain 2025 to emerge into society’s collective thinking naturally, but it is our goal to accelerate that process and give them definition.

The Two Key Elements Of Vision Global Britain 2025 are:

I. Compensating for the elements that we have missed by having a Democratic civil war (qualities that will need to be engineered)

Thankfully unlike the English civil war before, our democratic process has contained the energy of change into a peaceful process. But in so doing it have constrained the process, and in some cases to a large degree suppressed key elements. These three elements will thus need to be addressed and encouraged.

1.    The Darwinist process that allowed the best leaders to rise to run the nation

Solution – Run a campaign of great leadership. What it is and what we expect as a nation from our leaders, who are our society icons that we seek to emulate.

2.    A clear definition of the values that the nation will go forward with

Solution - Articulate values for a new truly multi cultural Britain based on a meritocracy. Then define what it is to be British as part of an aspirational Global Britain.

3.    The development of a powerful military that is embedded within society.

Solution - Increase Military investment and export weapons technology to allies who share common values – the threat from the rise of China and Russian will drive this process, but time is running out for us to effectively respond.Detailed in The Now or Never Report Below.

II. National Qualities to be encouraged

Solution - encourage process at all levels of society with rewards and recognition including tax breaks.

Solution - government investment, which also stimulates the economy and will make it more competitive.

Solution - balance wealth generation and distribution, new national campaigns, encourage early learning and self-responsibility across all levels of society. A special focus on fitness and wellbeing.

Solution - change the NHS to best practice, gut health programs, new national campaigns to combat obesity and encourage health and well being on a national level

Solution - new national campaigns encouraging service over self. National service if focused on growing the potential of recruits could be a powerful tool to re-energise Britain's society. Especially during the Wuhan Virus economic depression when unemployment will be at record highs and the option is to pay unemployment benefits or harness and imbue the young with positive social values and self belief.

Solution - new national campaigns and increased availability of venture capital, but not from the Chinese.

Solution - keep winning at sports on a global level. We will have to work hard to correct the national shame that we inflicted upon ourselves with the Brexit negotiations.

Solution – Recognise that climate change is a clear and present danger to the nation. Prioritize swift changes to both on industry and personal levels, embrace new thinking and introduce financial incentives.

12.     The Creation Off A National School Of Leadership

Recognising and understanding the Five Phase Lifecycle allows us to understand when, and in what form heroes manifest in a social system. But it goes deeper than that, as it allows us to define the behaviour of the most productive Heroes of past Empires and distil their essence into an Iconic leadership model. One that can then be taught to both current and future leaders of society, to maximise anti-entropy and growth at any point on the curve.

This raises the question as to the possibility of such a concept taught by such a national institution, socially modifying the natural life cycles of human systems. Thus potentially breaking the human unconscious collective behaviours, that have so far governed our past and present. Transforming them into more conscious and consistently productive choices.

Britain is ready for such a national institution as we sit on the cusp of a phase of significant expansion as the New Global Britain.

Today Britain is living through a time of Crisis, triggered by the Pandemic and the consequent economic contraction. To compound the uncertainties ahead, Britain is also in the final stage of its Brexit process. However every signal from the five stage roadmap model indicates that phase, is in reality a time of Great opportunity for Britain to reset and rebuild as we return to our Global Maritime heritage and increase our integration into a global trading system in a new multi-polar world. A time where Britain will be able to fill the numerous vacuums created as America contraction, which will sure up the democratic world against the rising threats of dictatorships. Although spending may apparently be constrained when viewed with the traditional thinking of cost and no benefit. Increased defence spending in reality will provide, both greater security and a major boost to the British economy though multiple benefits.

Download a copy of the defence review or preorder a hard copy, a document that has helped shape political policy. 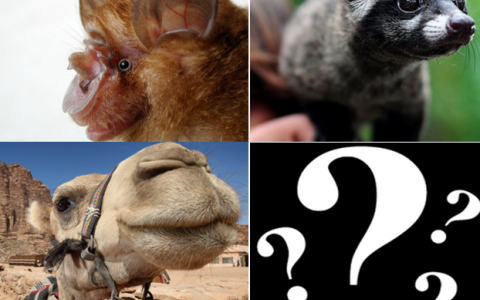