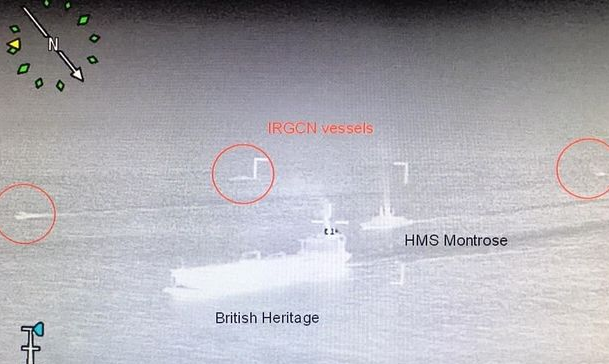 As Brexit goes through the final chapter in its democratic civil war before leaving the EU, Boris and his Conservative party are laying out their vision of Britain post-Brexit. In many areas that vision is similar to the vision that I have described in my Vision Britain 2025 campaign.

However there are some key deficits in the Conservative vision. One of which is a failure to emphasise the importance of a strong defence capability in a world were authoritative regimes  are creating powerful military machines that are designed to impose their will on other nations.

This year, during June 2019,  I visited the Portsmouth D Day celebrations in Portsmouth. An event that celebrated and remembered the enormous risks and  losses taken on D Day.The event attracted the heads of state from the European nations and President Trump . The concept and execution of the event were deeply moving, and then came the RAF Flypast.

I was truly shocked as not only did this token force (comprising a total of only two front combat fighters!) disrespect the fallen who had given their lives for our democracy in WW1 and WW2, but it also sent another clear message, that Britain had failed to learn. That wars break out because of a failure in deterrence and that we have neglected our armed forces to the point where we are inviting aggression against our interests. In today's world, with multiple rising threats from Russia, Iran and China we simply cannot afford to be so exposed.

Indeed we have been transmitting weak signals to the predatory nations of the world for some time now and we urgently need to take stock of how to reverse those signals. To achieve that goal, we need to recognise the pattern of foreign aggression that is being played out against Britain. Key examples are;

1.      The Russian chemical attack in Salisbury which took place as Putin mistakenly perceived that Britain was weak and isolated.

2.      The Iranians took two of our tankers after we took one of theirs, as we failed to safeguard our own tankers against what was an almost inevitable counter strike (having tried once before!). This neglect of our national geostrategic interests was a national embarrassment and the last act of security incompetence by May's Government

3.      Britain's  determination against the advice of our major allies to allow Huawei to instal elements of our critical 5G infrastructure is stupefying. Even as China becomes a major strategic competitor, whose authoritarian construct is demonstrated by it suppression of Hong Kong, to even contemplate allowing Huawei into our communications networks is but another signal of weakness and commercial interest over national security.

4.      Britain’s silence over the fate of the Uighur's and now the  HK riots also signals that our failure  to follow through on our political values and pledges makes us appear weak.

When Britain does leave the EU, whilst a continuing member of NATO, our national interests will once more make us a stand-alone nation with a global reach. As such our traditional dependence of the freedom of the seas and the Royal navy to keep them open will become ever more critical.

We have long argued that Britain urgently needs to increase defence spending to 5% of GDP commensurate with the rising global risk picture. However, specifically, the  hijacking of the British tankers by Iran is a reminder that the navy and enlarged amphibious marine forces are needed at the forefront of this new arms investment program. We detailed our specific recommendations in our 2016 Defence First review and can only hope that once Brexit is done that Boris’s government make the security of our nation its highest priority. Otherwise post Brexit Britain will be viewed as an easy target by all who seek to arrest our progress and national values.

This will especially be the case as the nation relies on it’s maritime lines of communication to convey vital resources remain free and open at all times.

There are clear examples in the past where the perception by authoritarian regimes that democracy is weak and vulnerable has been at the heart of both our world wars. Thus to truly honour our war dead and to protect the living,we need to rapidly demonstrate that we have learned our lesson. That only deterrence through strength can maintain peace when faced with authoritarianism expansionism.