1. Encourage iconic leadership across African leadership (as best represented by Mandela) Educate the population that leadership is service to those who are led.

2. Recognise that tribal cultures have been a key element of human societies and that their effects are only limits when the population is bonded to a larger national meme and identity. Economic expansion is the best environment to create such integrative mechanisms.

4. Seek to offer alternative sources of Funding other than Chinese offers that are in essence debt colonialisation. 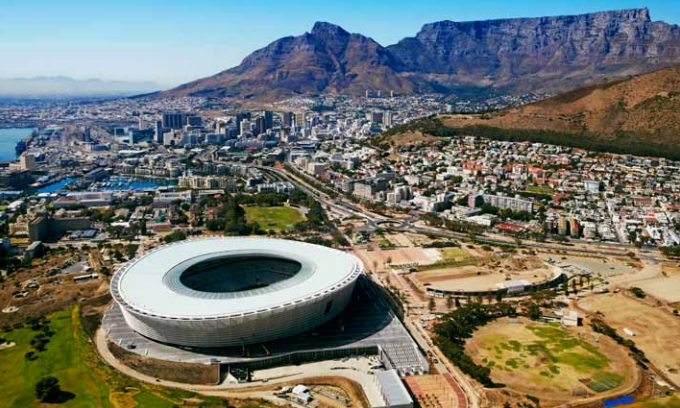 The African continent consists of many nations whose affiliations with each other and the world at large are not decisive. When we speak of ‘Africa’, in fact, we are referring to fifty-three countries spread across 20.4 percent of the world’s surface, comprising 15 percent of the world’s population and encompassing widely varying ecosystems, including desert, jungle and savannah. The continent is in the earliest stages of industrial development and, as discussed, its demographics are robust.

Powerful divisions are deepening in Africa between the Islamic states of the Sahara Desert and the Mediterranean, and the Sub-Saharan region where Christianity, the religion of the first European settlers, predominates. As the population grows either side of this north-south divide, exerting pressure on resources, we can expect the south to regionalise as a South Africa-centred union and the north as a Libya/Egypt-centred union. (The main dividing factor, however, would be not so much religious – because Islam continues to grow throughout the continent – as ethnic: that is, Arab/non-Arab.)

The key issue for southern Africa is the institution of legitimate, efficient government, free from the turmoil of tribal politics. The borders of modern African states are the legacy of colonialism, taking no account of traditional tribal boundaries. Upon independence, multiple tribes found themselves forced to coexist within a single state. In the ensuing decades, individual states have vied for political supremacy, but the welfare of the dominant tribe has been placed above that of the country itself. Westerners unable to comprehend this need only look to early European history, when tribes were combining and recombining to become nations and were forced to overcome similar problems. In the majority of cases they did so in the face of a common enemy, the threat of which reduced the importance of tribal differences and encouraged integration.

Seventeenth-century India was not dissimilar to Africa today, with numerous disparate domains spread across a subcontinent containing great actual and potential wealth. The British consolidated the small, independent states into a single nation as they sought to extract India’s commodity wealth. This was the genesis of the self-governing India (and Pakistan and Bangladesh) of today. China views Africa as a commodity source into which it can expand its influence so as to fuel its growth. Since as early as 1996 it has been funding investment projects in Africa (see Figure 22). China may well become the ‘common enemy’ that serves to unite African states, because it has moved into the continent solely to export its minerals and resources. In addition, China-funded projects have tended to import Chinese migrant labourers to work on them. This will doubtless continue to generate resentment among the local population. Furthermore, as cheap goods from China (from electronics to household items) are dumped onto African markets, local production, such as it is, risks closure. On the one hand, Africans benefit from being able to buy affordable goods; on the other, local industries are unlikely to survive the competition.

Unless African states improve the quality of their governance and accumulate national wealth through self-development and from the resources at their command, they will fall prey to the lure of China’s money, and in so doing entice the Chinese empire deeper into the continent.

Africa is also of considerable strategic significance as its sea lanes are vital to global trade. Although cargo and oil tankers make use of the Suez Canal for passage between East and West, the largest ships must still round the Cape of Good Hope. The cape is so crucial a passage that during the Cold War an isolated South Africa, then under apartheid rule, was nevertheless deeply woven into naval partnership with the North Atlantic Treaty Organisation (NATO). Endemic piracy in the Gulf of Aden, moreover, has also made rounding the cape an attractive alternative. Assuming South Africa remains affiliated with the West, as its influence expands, China is likely to seek to establish naval bases on the east and possibly west coasts of Africa.