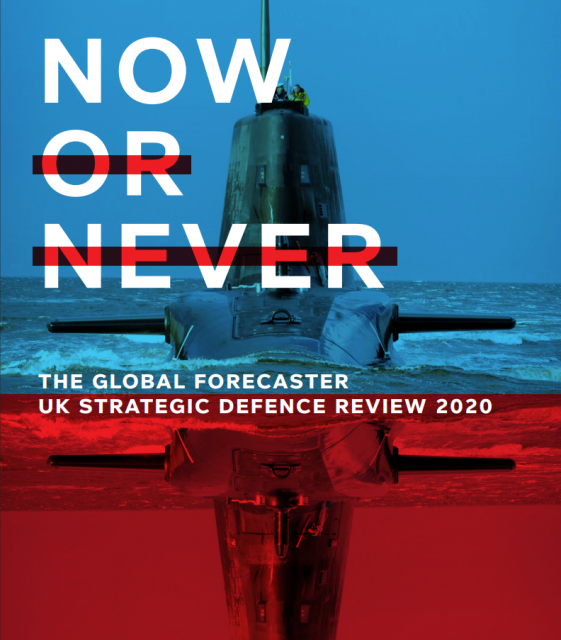 Today Britain is living through a time of Crisis, triggered by the Pandemic and the consequent economic contraction. To compound the uncertainties ahead, Britain is also in the final stage of Its Brexit process. However every signal from the five stage roadmap model indicates that phase, is in reality a time of Great opportunity for Britain to reset and rebuild as we return to our Global Maritime heritage and increase our integration into a global trading system in a new multi-polar world. A time where Britain will be able to fill the numerous vacuums created as America contraction, which will sure up the democratic world against the rising threats of dictatorships. Although spending may apparently be constrained when viewed with the traditional thinking of cost and no benefit. Increased defence spending in reality will provide, both greater security and a major boost to the British economy though multiple benefits.

This is the second Global Forecaster Strategic Defence Review. It's origins date back to the disastrous government review of 2015 where it was clear to me that both our political and military leaders had lost their way following years of cost-cutting and ignorance to rising threats. The combination of a body politic with almost zero military experience and strategic vision combined with a highly politicized military leadership has proven disastrous for the security of the nation. Britain desperately needs to shift it's mindset from one of cost-cutting to one of rearmament with the increasingly volatile geopolitical environment we now find ourselves in.

In the 1930s, the RAF held the belief that a bomber would always reach its target. This concept was encouraged by the RAF to ensure its differentiation from tactical air power and avoid any risk of future control by the army. It was only through public awareness of the German threat that Fighter Command was created in time to defend England and win the Battle of Britain. Echoing the past, in Downing Street today there are numerous senior members of the government who are deluded enough to think that the age of kinetic weapons has given way to the dominance of cyberwarfare. This mindset is as dangerous to the nation's security as the idea that a bomber would always get through. To avoid falling into a pitfall, awareness must be raised within both the public and the government that cybersecurity is not everything. Kinetic weaponry must receive our attention. The former does not replace the latter. Rather, it works in tandem, supporting and reinforcing where necessary.

With this in mind, Our Global Forecaster review seeks to define what we should be doing to deter Chinese and Russian aggression. With the lead time to produce new weapon systems being years, this 2020 Defence Review is the ‘now or never’ moment for Britain.

Now Or Never I pub