“He was a portly, middle-aged figure in an ill-fitted suit, scuffed black shoes, and the sort of sagging thin black socks I came to recognize as a symbol of Britain’s long economic decline. There were other features incongruous with his station in life. Cowlicks standing high on the back of his head took on lives of their own; his clothes were as rumpled as if he had slept in them. He was the boss of an operation of several hundred people, and he looked like a bum or as if he had just awakened from a long nap.”

For Michael Lewis, Britain’s long economic decline was exemplified by the sagging black socks of a native merchant banker. To an earlier generation, Britain’s ‘end of Empire’ moment came similarly not with a bang, but with a whimper. British sovereign finances had been slowly and surely mauled by the cost of two dreadful global wars, but we limped on until July 1956. Egypt’s President Nasser nationalized the Suez Canal and with our oil supplies at risk, Britain sought aid from the IMF. The United States said ‘No’. Indeed the US, Britain’s largest creditor, also threatened to sell some of its massive holdings in UK government debt. Joining the fray, Saudi Arabia began an oil embargo against Britain and France. Sensing an opportunity to increase its influence in the Middle East at the expense of its faltering old ally, the US refused to make up the shortfall in energy supplies unless Britain agreed to an immediate military withdrawal from the region. The British Chancellor, Harold Macmillan, warned the Prime Minister, Anthony Eden, that our foreign exchange reserves were running out. The country would soon be unable to feed itself. Britain blinked first, and our days of Empire were over.

Set against the Suez Crisis, Britain’s credit downgrade last week came as something of an anti-climax. The ratings agencies long ago lost what little credibility they ever had. Being downgraded by Moody’s is like being called a moron by a moron. The country has been on the skids, credit-wise, for years. But to those who believe in keeping up appearances, it is still something of a shock. And it is a memento mori to all those neo-Keynesians who believe that the answer to a debt crisis is more borrowing and damn the torpedoes.

Does it mean much ? Not really. Gilt yields may actually fall. Nobody believes that they are an objective reflection of economic reality. The game is rigged, and everybody knows it. But the Moody’s downgrade should serve as a piercing smoke alarm to anybody still naïve enough to be holding these instruments of value destruction. Get out now while the going is good.

UK debt to GDP peaked for the first time in the immediate aftermath of the Napoleonic Wars (the cost of which also brought in the “temporary” measure known as the income tax). But as the ‘peace dividend’ and our sole status as superpower flourished, the ratio fell to a secular low, just before the outbreak of World War 1. Under pressure from two World Wars, debt to GDP spiked again, peaking unsustainably as the Second World War ended. As the country returned to licking its wounds, it slowly started paying down debts. We would call it painful austerity today, as opposed to the inconsequential and inconsistent lip service being paid to austerity by our current cretinocracy. Now, of course, our debt to GDP has gone through the roof. We, and generations to come, will be left with the reckoning.

If you buy into the ‘life cycle of empire’ thesis as advocated by David Murrin of the hedge fund group Emergent, it is not unreasonable to believe that the exact same life cycle relates to the most successful economy of the Twentieth Century, namely that of the United States. As Britain somewhat reluctantly sloped off to war in 1914, it was effectively handing the imperial baton over to America.

And if you buy into this thesis, it is not unreasonable to think that the US’ day in the sun has already been and gone. If its own high water mark was the fall of the Berlin Wall, at which point the world recognised the primacy of the free market model versus the failure of Communism, its ‘end of Empire’ moment has already passed.

Some would argue it came with the fall of the twin towers in 2001. To this writer, it arrived on Friday 5th August 2011, when the US ratings agency Standard & Poor’s downgraded the country’s sovereign credit rating from AAA to AA+.

That decision to downgrade the US will be analysed and discussed for years. The FT’s Alphaville blog nicely described it as “perversely both meaningless and full of meaning.” Meaningless because it just confirms what we already knew: given the absolute level of its indebtedness, the off balance sheet debts, and its broken, polarized political system, the US hasn’t been a genuine AAA credit for quite some time. Yet full of meaning because the US Treasury market remains the credit market’s de facto ‘risk free rate’ even though the associated risk is quite obviously well above zero. But this is the perversity of credit ratings agencies themselves.

Ask anyone who has ever set foot in a bond dealing room. The ratings agencies can be relied up on to be comfortably behind the curve. The market itself is always first to identify a distressed credit. Because of the adolescent and dysfunctional way that bond fund managers operate (by favouring the debts of the world’s most heavily indebted countries via the benchmark effect), all things are benchmarked to US Treasuries simply because the US is the world’s largest debtor. In this context, the US downgrade was an act of spectacular significance. It punctured (or should have done) a bubble of suspended disbelief that just about every investor on the planet had been inflating for years: that the US was a riskless credit – or, even more ludicrously, that there was such a thing as a riskless investment in the first case.

In the words of David Murrin,

“The key weakness of the US is its declining prosperity, which will only get worse as its empire fails. The contraction of an empire forces profound changes in foreign policy, engendering withdrawal and isolation. Thus the challenge for the US in the coming years will be to summon sufficient political will to deploy its forces effectively.”

Murrin points out that when empires subside, they are replaced by challengers with a surging economy. Spain, Britain, France and the USSR all faced economic decline during their ‘end of empire’ moment. Their replacements – England, Germany and the US – were all, economically, in the ascendant.

This is not, by any means, a blanket exhortation to sell all things western and pile into China, for example. China is a big country but it is also largely a poor one. Though the Renminbi is strengthening, markets in the currency are too immature at present to pose an immediate threat to the US dollar. One of our current favourite markets is that of the Asian domestic consumer, a sector that Greg Fisher’s Asian Prosperity Fund seems well positioned to exploit for a healthy combination of both income and capital gain, well into the future. But we believe that Murrin’s thesis over the longer term looks sound. We are entering a wholly new secular phase in geopolitics and economics. It is not one that the US – its entrepreneurial and creative vigour notwithstanding – is automatically predestined to win.

PFP has made this document available for your general information. You are encouraged to seek advice before acting on the information, either from your usual adviser or ourselves. We have taken all reasonable steps to ensure the content is correct at the time of publication, but may have condensed the source material. Any views expressed or interpretations given are those of the author. Please note that PFP is not responsible for the contents or reliability of any websites or blogs and linking to them should not be considered as an endorsement of any kind. We have no control over the availability of linked pages. © PFP Group - no part of this document may be reproduced without the express permission of PFP. PFP Wealth Management is authorised and regulated by the Financial Services Authority, registered number 473710. Ref 1009/13/JB 250213. 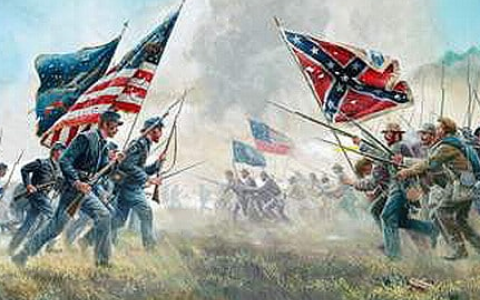