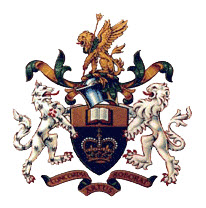 The Royal College of Defence Studies (RCDS) is an internationally-renowned institution and component of the Defence Academy of the United Kingdom.

Their mission is: "To prepare senior officers and officials of the UK and other countries and future leaders from the private an public sectors for high responsibilities in their respective organisations, by developing their analytical powers, knowlegde of defence and international security, and stategic vision".

“David addressed the Royal College of Defence Studies for the first time in 2013.  His presentation on the impact of Leaders in the historical cycles of empires provided a compelling and thoughtful proposition.  David’s analysis is provocative, challenging and highly persuasive, and his talk generated much interest among the 90 Members who represent over 50 countries. Without doubt, he provided one of the genuine highlights of this high-quality 2013 Course.”