Podcast: The Fed Needs to Own Up to What it has Blown Up

Tom, of Palisades Gold Radio, welcomes back global forecaster and author David Murrin. David believes there is a risk of significant conflict in the Asian region including Korea and Taiwan. China is gaining knowledge of war and the usefulness of drone technology. The West is essentially at war with Russia, but the level of collective delusion from Western leaders is concerning.

The United States has been in decline since the beginning of this century. We’re seeing more liberal policies, and we’re seeing things unravel socially and politically.

David discusses how China has shifted policy to become independent from the West. The consequences could be severe because the West is far behind in manufacturing. China is trying to become a consumer nation, and currently, they are using excess manufacturing capacity for consumer goods and weapons.

David explains the differences between lateral and linear ways of thinking. We’ve had an abundance of linear thinkers who is less flexible but useful in times of stability. The truth is the West is declining because of this linear takeover of thought. What is needed today is greater understanding. The West’s institutions are dominated by linear thinkers whereas China is thinking laterally. Britain is the only country that has a chance of becoming more lateral soon.

The world of finance is dominated by linear thinkers, and we see how that approach is working with inflation.

Kondratieff cycles are composed of 52-year cycles that move from peak to bottom over 26 years. This cycle started around 2000, and he believes a collapse in demand is imminent . Equities will be chewed up, and the next phase will be more inflation and higher commodities. There will be a pause with inflation followed by another surge. He believes hyperinflation is in the cards. Whatever has worked for the past twenty years is unlikely to do so in an era of money printing.

He believes the dollar will sell off and enter a final declining cycle. The dollar is going to lose favor against the Euro in a profound way as capital flees.

There are numerous problems with commodities and a lack of capital investment in the sector. Europe needs to do far more to manage its energy resources. They haven’t taken a strategic view of energy, and now they face the consequences.

We’re looking at a collapse of a magnitude that is hard to comprehend as a hundred years of policies correct.

He explains the differences between the debts of the United States and China. The U.S. is far more vulnerable than China as China has invested in actual production capacity.

Lastly, he explains the psychology of markets and the importance of price. Investors need to analyze both their successes and failures because they may have just gotten lucky.

Talking Points From This Episode

Mark Alexander
Great intervew, What David is calling for is moral, rational lateral thinking leaders with balls backbone... sorry they are in short supply. His confidence in Sterling is based more on hope than anything concrete. The tsunami is coming.

English payer of German taxes
Great interview. David's perspective reminds me of Peter Schiff's podcasts about the (especially US) economy.

Dave
Amazing stuff Tom, thanks to you both ! 👍💛

Freddie Moses
Great to see David back - his first podcast was very good and I have binged the other podcasts he has been on. I hope he is advising the UK Government. TOM - could you interview Geopolitical thinker Velina Tchakarova who is Head of Institute at the Austrian Institute for European and Security Policy (AIES) in Vienna. I don't think she covers the finance aspect but she talks a lot about what's going on with China, Russia etc. Cheers

addictivedumplings
I love David talking honestly about so much.

Tony
Silver and gold may well go down on paper but availability will be next to zero. Look at premiums now and what they did in 2020 when they both crashed. Over the next few years any decrease in the price in either metal will be bought up and inventories will be gone immediately.

TheKlaus3001
Get out of fiat-money. Buy gold and silver for protection. The next meltdown will be worldwide simultaneously.

M
This guy's brilliant. Please get Daniel Oliver on from Myrmikan capital.

richard kut
Half of Chinese are poor, they will not be consumers. If China does not export, where will they get the money for these grand plans? Agree with much, can't imagine China getting act together however. Thanks again,

You can also listen on 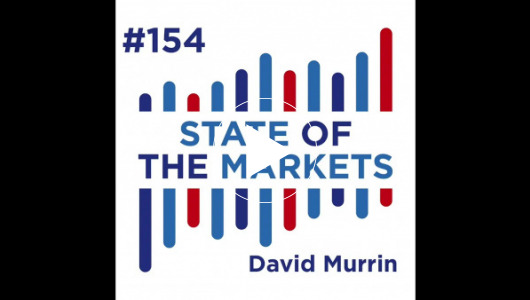 Podcast: State Of The Markets with David Murrin, EP154 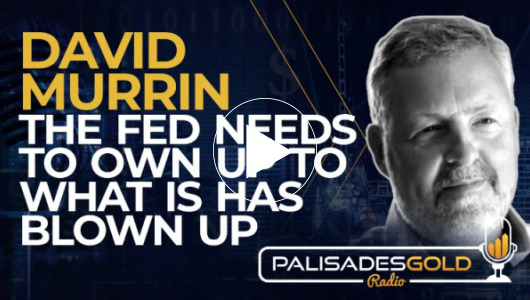 Podcast: The Fed Needs to Own Up to What it has Blown Up