11 Predictions for the next 10 years: Part IX Climate change is a reality 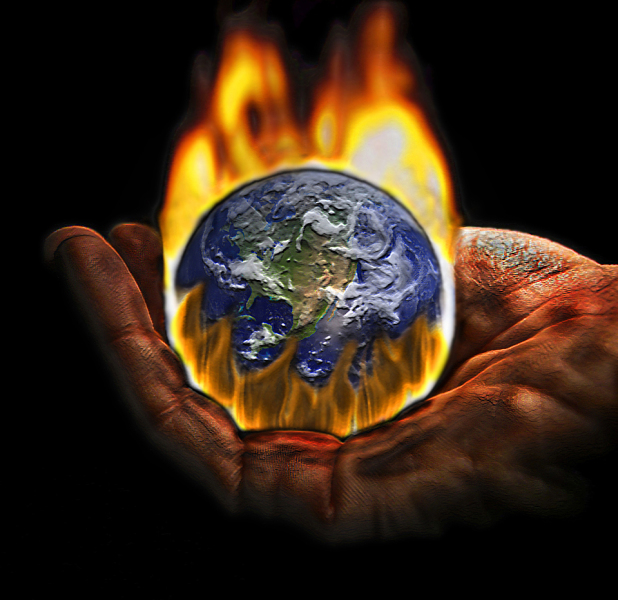 1. 2015 The world will fail to take the rapid action required to prevent the acceleration of climate change and its pervasive negative impacts. Thus, temperatures will rise above the 2C mark (that the Intergovernmental Panel on Climate Change “IPCC” had set as a target) above pre-industrial levels within two decades.

2. 2015 The IPCC predictions of 3.6C to 4.8C by the year 2100 significantly underestimates both the rate of change and its absolute temperature increase by at least a factor of two. This is because the models operate linearly and do not allow for the effects of non-linear hockey stick change and because, politically they have been toned down for general consumption.

3. 2015 With 400 ppm (parts per million) of Co2 in the atmosphere today, this correlates to a global 11 degrees implied temperature increase.

4. 2015 The current proposal to reduce emissions to 70% of 2010 levels will not prevent the process of cataclysmic climate change already in place.

5. 2015 The only way to reverse climate change is to take Co2 and methane out of the atmosphere on an industrial scale with expensive carbon capture programs which are sadly not going to happen. As a result, extreme global warming is inevitable.

6. 2015-2025 The current climate models used for assessing the rate of decline in Antarctic ice coverage will underestimate the rate of actual change by up to six times. This dramatic underestimation will extend to all aspects of institutional climate change modelling, lulling leaders and populations into a false sense of security.

8. 2015-2025 As the oceans heat up, the ice will melt and sea levels will rise, coincidentally as temperature rises, water will expand as it heats up, further raising sea levels.

9. 2018-2038 Rising sea levels will cause islands like the Maldives to disappear, but more significantly, the Bay of Bengal with its billion inhabitants all living within less than a meter above sea level, will be the epicentre of the world’s greatest human migration.

10. 2015-2025 Expect new American, Canadian and Russian Arctic navy fleets to start patrolling the new Northwest Passage. Governments are aware of the climate change reality, but unable to enact policies that could prevent the disaster. However, taking the opening of the Northwest Passage as an example they are prepared to invest money in new naval assets that can project power into the new and potentially valuable trade route and compete for resources under the sea.

11. 2015-2025 The atmosphere will continue to show the effects of warming first, with higher energy weather systems causing ever greater levels of damage to shipping and coastal civilisations.

13. 2015-2025 Fresh water will become a more scarce commodity and will be the catalyst for conflict across the globe.

14. 2015-2025 Food security which will already be a major issue caused by population increase will be exacerbated by climate change.

15. 2015-2050 The archaeological evidence that mankind is much older than we currently believe, with sunken cities now being found at depths which would have implied civilisations during the ice age, suggests that mankind has suffered the effects of climate change before. The impact of the rise of sea levels will affect the population density on coastal planes first, with a consequently further impact on humanity in general.

David, as much as I agree with you, where is the good news ? at this rate I'm afraid that no one will want to invite you for dinner anymore, especially not in the US, lol - hope all is well