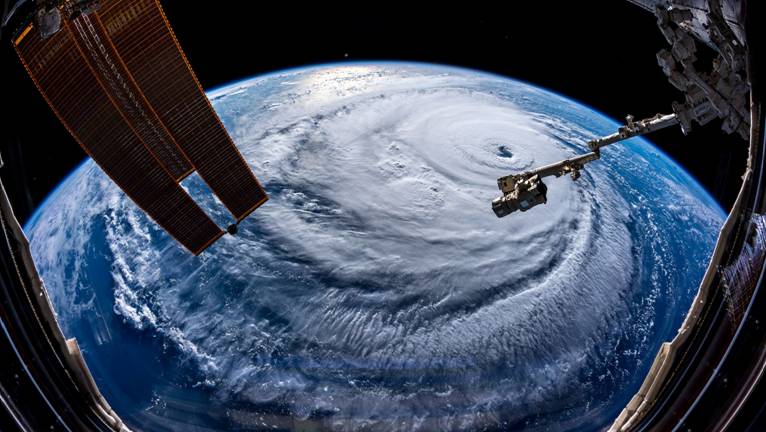 When confronted with extreme situations the majority of us short circuit and attempt to continue our normal routines. Even in the face of obvious and impending danger. This is classic human behaviour.

However, it never ceases to surprise me every time I see such a response. One clear example is our response to the dramatic effects of climate change. Changes to the climate are increasingly impacting our global civilization and yet we are continuing to follow our normal patterns and routines as disaster approaches ever closer.

BTCH has long argued that the progression of climate change is very real and much more advanced than some in the world’s scientific community and governments will admit. In contrast to this watered down perspective, over 800,000 years of ice cores show a clear correlation between carbon dioxide levels and global average temperatures, with leads and lags. The current carbon dioxide levels of 407 PPM would imply a disastrous 11-degree rise from pre-industrial levels. We are today living through the hiatus phase, with the oceanic heat sinks absorbing the effects whilst disaster looms. The oceans are warming up slowly as energy transfers from the atmosphere. Supporting the evidence of dramatic climate change, the heat energy in our atmosphere is clearly increasing as seen by the increases in sequentially more destructive weather events across the globe. Only this week we have seen the South-Eastern seaboard of America drenched by the slow-moving monster Hurricane Florence. It has delivered massive amounts of water in its path and flood surges that have inundated the region on a biblical scale. For Americans on the Eastern seaboard, the future does not look rosy as there is new evidence provided by the stalagmites in Bermudan caves, which show that hurricane frequency and strength have been increasing in the industrial age. Future storm systems will hit the American eastern coastline with increasing energy and frequency in higher latitudes. The consequent drain on the US economy will inevitably become more onerous with each storm costing billions to repair and ultimately even making sustainable habitation in the lower low coastal zones almost impossible.

Simultaneously across the globe, it is rather ironic that the second greatest industrial power and Co2 emitter has been hit by Typhoon Mangkhut. This is said to be the strongest typhoon in three decades with its three-meter storm surges and 100mph winds hitting China 85 miles east of Hong Kong.  It travelled from the Philippines leaving a trail of destruction in its wake.

It is very clear from recent events that climate change threatens huge swaths of the globe: from the Eastern Cape in South Africa where drought almost brought Cape Town to its knees and destroyed a season's agricultural production; to the eastern seaboard of America; the summer fires of the Mediterranean; typhoons of the China seas; and lastly the melting of the land ice and consequent sea level rise which will inundate 70 percent of the world's cities.  The latter perhaps being the most important of all.

The question has to be asked; at what stage will the world's governments wake up to the threat that is of our own making? One that potentially threatens a fundamental change in the way Humans live on the earth.

The good news is that there are early signs of positive change. A clear example is in California, the avant guard state that brought us the tech revolution, where there has been a massive jump in the price of carbon credits from $10 per tonne to over $200 per tonne in less than 18 months. As companies and users are forced to lower their emission rates, carbon credits have been going up.

BTCH has long been a huge proponent of developing the technology to provide power and sequester carbon dioxide. As such Emergent has been working with the US company Clean Energy Systems to apply its proven advanced NASA derived technology, into large-scale power production and carbon sequestration. With carbon credits at current prices and no competitors in sight, this opportunity looks not only exciting for investors with low-risk high returns but offers a ray of hope that we could start to reverse the levels of the greenhouse gases in our atmosphere before it is too late.

Investing and deploying carbon sequencing technology is far cheaper than the repair bill from rampaging hurricanes like Florence and other equally destructive impacts and is the only logical choice.