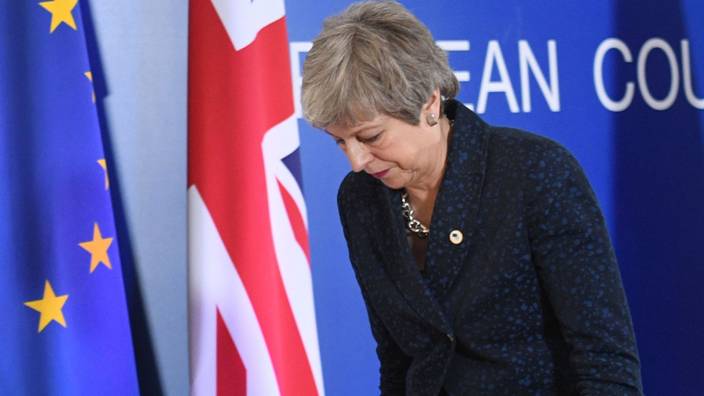 Regional civil wars are sadly not swift occurrences. They take time to build momentum and to reach a crescendo and conclusion. As a prime example, the English civil war spanned for almost a decade.  This prognosis does not enhance our optimism with respect to the prospect of any near term conclusion to Britain’s modern-day democratic civil war for the identity of Future Britain. A Britain that is independent and free to trade anywhere it wishes within the global economy.  There are so many subplots and agendas, both international and national, swirling around in the Brexit mix that at times it is hard to perceive the essential energy driving this phase of Britain’s political history.

For those who feel lost the “Five phases of empire” model provides some illumination.  In essence the requirements of Britain as a social entity are such that this pseudo civil war is about creating key shifts in the national mindset.  Part of this mindset change includes creating a clear national identity that will facilitate the future expansion of Britain’s influence beyond its borders.  The sovereignity and independence of Britain as a nation-state, rather than being subsumed into the non democratic EU superstate.  The broadest enfranchisement of the population with respect to the political structure. Significantly, a Darwinistic natural selection process will allow the most capable leaders to rise to the top and lead the nation.  Sadly, this part of the process has a long way to go.

In 1940 Britain faced an all-conquering dominant Nazi Germany that seemed to be unstoppable. Today although more benign the influence of the EU across Europe is equally as powerful.  In 1940 only one man stood between capitulation and the desire to fight on and maintain our sovereign identity and independence; Winston Churchill. At that time great leadership saved Britain from the weak and fearful majority in the Houses of Parliament.  Today the Brexit disaster that need never have been, has been caused by the confluence of two forces.  On one hand there is the momentum for continuation from the civil service, government, parliament and big business allied with the EU’s need to create punitive terms, knowing that its very survival was at stake.  On the other hand we had the weak, visionless, and rigidly brittle leadership of Mrs. May.

Mrs. May was a politician whom should never have been made PM. The shortfalls in her personal qualities were so obvious from the first moment she took office, that we made a prediction over two years ago that she would become the most reviled leader since King John.  This call has sadly come to pass. Her main negative qualities are that she is a stereotypical left-brained thinker who was never designed to lead and who had already ascended far above her DNA profile in government. She has zero communication and empathetic skills which are essential in negotiating a constructive best case outcome.

To compound the problem May voted to remain on the day of the referendum.  Although she tried to burnish her Brexit qualifications they were really only a camouflage to her true beliefs.  As such it was always a massive risk that she would subconsciously sabotage the Brexit process - and indeed she has done so in the most spectacular way! Her first major and key mistake was that of starting the EU negotiations from a position which assumed a “No deal” and then worked upwards from that fixed point. Instead, she came from a position of assuming a deal would be possible when in reality the EU was never going to be reasonable, and indeed any deal would result in Britain’s capitulation.  The second mistake was to not use the policy that the EU feared the most: to make post-Brexit Britain a low flat tax regime. Then to use the rate of tax reductions as the leverage to bring the EU to heal. Instead of two years of continuous humiliation, Britain would have had a most favourable deal in very short order. One can only conclude that Mays intentions were not to free Britain but to tie her more deeply to the EU in the greatest betrayal of a senior minister since lord Halifax advocated surrender in 1940.

May’s stock phases “Brexit means Brexit” and “no deal is better than a bad deal” were nothing but hollow words, and with their demise so went the confidence of the nation and the boldness of the EU negotiators grew so that they would attempt to coerce Britain into never leaving the EU.

Consistent with May’s rigid approach to problem-solving, when obstructed in her path instead of using a true leaders powers of persuasion she has resorted to coercion and force.  This has lead to bringing her “rotten deal” twice in the same form only changing the coercive measures surrounding its acceptance. Shockingly she is still trying to bring the same deal to the house for the third time. Her actions are quite unbelievable and arrogant exposing flawed and  limited thinking. The spear of the House of Commons John Bercow was perfectly correct in blocking the third vote, even though in many other ways he has acted irresponsibly and partisanly in favour of remaining in the EU.

At such a critical time in Britain’s history, when the nation desires to chart a new positive course, it requires visionary leadership to guide the nation to safe waters. In contrast May’s failures have opened the way for every member of parliament to express their own views and complicate the resolution of Brexit.   This has resulted in Parliament turning into a madhouse discrediting all MPs. Although others like Hammond and Rudd have contributed to this debacle, it is May that must take the blame as all leaders should in failure. Thus it was her most ill-judged and reprehensible act to blame the MP’s in Parliament for this mess.  By so doing she turned every last MP against her adding to the weight of the public opinion. At this stage, any self-respecting conscientious leader who severed her people would recognize that her time was up having lost the confidence of all around her.

However the fact that May cannot see, or chooses not to respond to, the overwhelming pressure and criticism by resigning, makes it very clear that she serves herself and not those she leads. One has to suspect that May is narcissistic and that her husband is her acolyte.  If this is the case then unlike Mrs Thatcher, who provided a reason at the critical point when departure became inevitable, we canno expect reason to drive by a Mrs May's actions. With such a dogged dictatorial mindset coupled with the recent conservative leadership vote that she won, giving her 10 more months of continuing being PM, we should expect May to cling on to the very last moment. As such the national crisis will only escalate to meteoric proportions as May is very much part of the problem and until she departs there will be no end in sight to Britain's Brexit crisis.