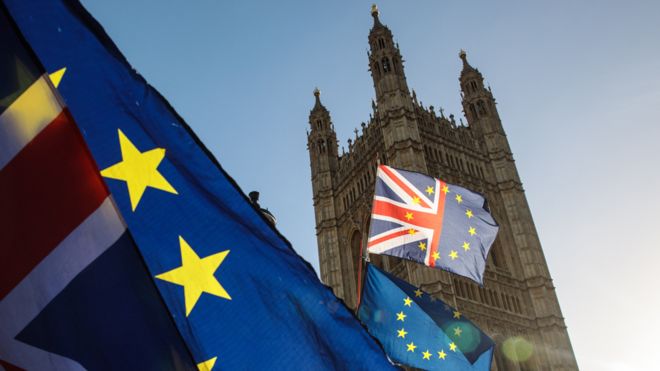 Since 2016 we have predicted that Brexit would result in a no deal outcome.  The negotiations were best modelled as an acrimonious separation with the worst possible outcome.  However this model assumed that the Government and Parliament played by the rules. May and the EU have disregarded the rules by unilaterally delaying Brexit  (I would expect a legal challenge to this action and an argument that we are still leaving on the 29th to be raised in Parliament).

This Brexit debate has therefore moved into a much more dangerous and sinister phase with a more physical and polarised manifestation.

The Brexit movement is a people’s movement: An aspiration to be independent and everything Britain can be, with the freedom to chart its own course in a rapidly changing world.  Set against it are the institutions of Britain; its’ government (that always favoured to remain); its’ Parliament which now fails to represent its’ people; the civil service; and big business. They are in alignment with the EU and its’ institutions.  As such this was always an asymmetric struggle.  Most critically it was governed until now by the rule of law and what we all hoped would be fairness. That assumption has now proven incorrect.

Looking further into this week and then towards April 12th there appear to be three possible outcome:

Although the British people decisively voted for Brexit, there is a majority in the house of parliament who seek to overturn this path. Their key strategies are:

1.      A customs union which precludes an independent trade policy. Notably, the customs union was the first step to political European amalgamation. As such this would not be Brexit but akin to going back one step in the EU agglomeration process.

2.      A long delay to article 50 or cancelation of Article 50 or second referendumwould all be a repudiation of the national referendum and possible grounds for huge political unrest.

The greater Parliaments role in the Brexit crisis the more likely that the “sabotage” route manifests. However, any of the above outcomes risk serious consequences to the very nature of British democracy in its current form and will be unacceptable to the British electorate. Every MP that expounds any of these perspectives significantly weakens the nation's position and reneges on their respective parties election commitments. The ”Sabotage” route risks setting Parliament against the people.

The EU believes that it has the upper hand and has shown its arrogance in attempting to force a weak May into this agreement. However quite rightly the house has not, and hopefully will not, accept this deal.  Whilst the backstop is completely unacceptable, the other terms are equally poor for Britain such that we would be in a worse position than if we had stayed and deprived of any voting power.  This agreement is a “sell out” of Brexit preventing Britain from gaining clear independence.  Additionally, it will put Britain at a major disadvantage going into the second phase of the negotiations. The probability of this outcome is very slim.  In essence, any leader who votes for this is accepting certain failure, rather than continuing to struggle for what should be a free and clear Brexit solution.  Those who vote for May's deal, in whatever compromised and justified state it is produced, will exclude themselves from future leadership of the Brexit movement.

We leave without a deal - which is in reality the “true deal”.

During the referendum the Brexiteers won the vote even though the whole government apparatus engaged in a huge campaign known as “Project fear”, none of which ever came to fruition. This reprehensible campaign’s child was the label “no deal” to leaving under WTO terms and trading on the same terms as 70% of the rest of the worlds trading nations. Phrases such as “crashing out” are so misleading and evocative and demonstrate that those who use the term are seeking to continue the pattern of using fear to create specific outcomes in opposition to the result of the referendum.

The so-called “No deal” should be thought of as the REAL Brexit and the best possible option for Britain to maximize its future potential.   Much as the Government and British parliament may not want a “No deal”.  there is every likelihood that May’s deal does not go through this week and Britain will have to leave on the 12th April with the REAL deal or countenance a long delay.

We still favour a “no deal” outcome as the best and marginally most probable Brexit outcome (although significantly reduced in likelihood). We are confident that the government has secretly made all the required preparations to ensure that the transition will be surprisingly smooth.   This will occur once all their fear-based propaganda designed to get May’s deal over the line has been disseminated.  If a "Churchill like" leader were to be the Prime Minister to imbue the house with the vision and courage to leave the EU in a "no deal" Brexit then britain's future would be assured.  So where is our Churchil-like hero?

Time does not favour the EU's position

As discussed earlier the chances of a swift Brexit solution have receded and so what now?

Brexit is similar to a currency exchange in that it comprises the relative risk rewards of two nations on either side of a currency pair.  Brexit is a “relative trade” between the EU and UK.

What surprised me during the recent referendum is the assumption that the EU would continue in the same steady state with no change to it's form. In reality, Germany has stalled and the effect of its negative demographics are started to hit home. Italy is bust and in control of the populists, who will either default on their sovereign debt or sell the nation to the Chinese. Meanwhile France is in a state of social shock and perpetual unrest. The unrest is aimed at Macron but is really a product of the EU economy. Under such circumstances the break-up of the EU in its current form seems all but inevitable. However, so far there has not been one hint of recognition in Government or Parliament of the geopolitical reality. If there had been, then we would anticipate a shift in attitude towards  “leave at any price” resulting in a very swift Brexit.  In short, time does not favour the EU's position.

In contrast Britain is the rising nation in the equation and time will favour the Brexit movement in such a way that it will only grow stronger. Any bad agreement with the EU will only show the EU in its' true light and add supporters to The Brexit camp. If the leaver can change the rules then there will come a day when the Brexiters have the overwhelming majority and they will initiate a unilateral withdrawal from the EU. Either way based on BTCH principals it is inevitable that Britain leaves the EU.

Sadly the chance to do it and preserve the legal framework that has long been in place might have been lost. What follows now is that we have entered truly uncharted waters with far greater unknowns that those of the last two years. 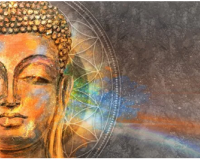 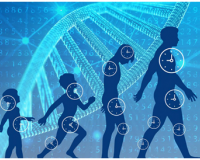