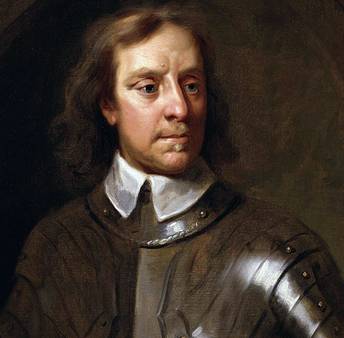 The British parliament is now approaching a historic moment. It is about to vote on May’s Chequers plan for Brexit.

It therefore seems an appropriate time to review the ‘Five Stages of Empire Principals’ to better understand the social forces at work in British society and the likely outcomes ahead.

The first core observation is that the Brexit vote was not an accident created by an ill-informed electorate or a protest vote. Rather it was driven by a collective self-belief that Britain can and would be greater and more adaptable to a rapidly changing world without the limitations of the EU construct. The negotiating stance and behaviour of the EU since that vote have only reinforced this perspective. This underlying energy in Britain has been driven by an expanding demographic over a recovery period of 50 years since the 1970 economic low, post the loss of Empire. This period is classified as a new regionalization phase of the British Empire cycle. Furthermore, Brexit represents the energy of a civil war of regionalization at the end of its first phase of the cycle.

The Key needs of the collective system during this process are:

Before we review Britain’s progress in meeting these needs, it would first make sense to look at similar historical lessons from which we can receive guidance. The first of which is the English civil war in 1642-51;

1. Broaden collective enfranchisement of the Population

A narrow-based catholic monarchy was displaced by a Protestant parliamentary system creating a much broader enfranchisement.

2. Affirm that core social values of the new system.

Parliament was to be the primary institution to govern the nation. Britain was a Protestant country encouraging freedom of thought and creativity by allowing individuals direct access to their god without the intermediary of the Catholic church. This alone separated Britain from all other European nations except the Protestant Dutch on the continent.

3. Darwinistically select the most effective leadership.

Years of Civil war allowed the strongest leaders to rise to the top-Cromwell being the main character, even if he overstepped his mandate and became a dictator.

4. Militarise society to a point where it can project power to secure its external resources.

The Parliamentarian new model army and navy did just that and allowed Britain to face off against Holland only a few years later and rapidly expand to build a global empire.

There is one more key lesson embedded within our history that predates the English civil war; the genesis of the civil war that started in the time of Henry VIII.

History ascribes Henry’s decision to separate from the Catholic church as one that was driven by his marital desire to replace his barren catholic wife with a potentially more fertile Protestant version. In reality, Henry VIII was a very learned and creative King who represented a desire for Britain to be greater than was possible under the limitations imposed from Rome. His attempts to separate were not dissimilar to those we have seen in the past 2 years with the EU and Brexit. Negotiations that parallel an acrimonious separation. One party seeking to punish the leaving party, not wishing to see them thrive on a new path as it threatens their own self-identity and future. After attempting, and failing, over two years to negotiate a separation, Henry was forced to adopt the strategy of total separation. In today’s terminology this was a “no deal” departure as he severed all ties to Rome’s Europe. The lesson resounds hugely today and points towards a Brexit “no deal” being the most probable outcome