Brexit Part III: A glimmer of hope for mankind 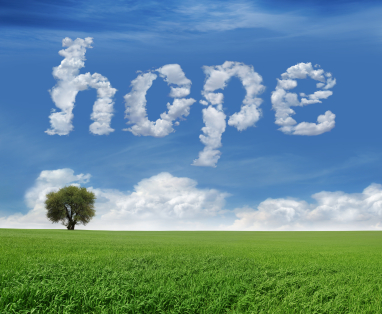 I was driven to overcome my dyslexia and commit my ideas to paper in “Breaking the Code of History” because I feared for all of our children's future.

That fear came from the repetitive, unconscious patterns of collective human behaviour that have driven our past to form our history and govern our present world. It was my hope that by exposing and understanding that behaviour, humanity could start to make decisions on a different basis. Naturally, I did not expect such a change to occur overnight, but realistically that there would be a rather more gradual shift. Thus, when there are signs that change is underway, it is important to recognise them. One such hopeful change is the upcoming Brexit referendum. It is no coincidence that this change is taking place in the oldest democracy in the modern Western World where the traditional structure of hierarchical leadership was replaced by a much broader based power structure, with collective representation and therefore much greater individual responsibility.

I have long argued that Britain is the only nation in the old Western Christian Empire that having lost its empire in 1955 has now started a new cycle. This first stage of the cycle of nations and empires is regionalisation which was accelerated by the Thatcher revolution and of which, consequently, Britain is now at or near the end. Typically, and alarmingly at this stage of development, there is a civil war. These civil wars are historically associated with a rigid and narrow power base that can only be changed by a conflict that is driven by the need of the majority to be enfranchised. The Middle East today is a prime example of this process in its most complex form. Going back into history, the English Civil War (1642-1651) placed a Catholic monarchy lead by Charles 1st against a more popular Protestant parliamentary system. This could be characterised by the rule of fear over the triumph of hope and aspiration. Interestingly, Charles believed in the divine right of kings and thought he could govern according to his own conscience. More recently, Cameron seems to have echoed this sentiment with the way he has attempted to employ the government apparatus to weaken his opposition and even threaten their jobs as ministers.

Indeed, the underlying energy of any such a regional civil war is a battle between fear and hope and aspiration of the majority. Today, thankfully, Britain's current new peaceful civil war will be fought under the construct of democracy rather than with weapons and at the cost of the nation's blood. This evolution in human affairs can only take place because the incumbent power is not hierarchical and rigidly emplaced in power, and thus does not require force to displace it. Conversely, power in Britain today is broadly spread out in the form of a modern democracy facilitating more peaceful power transitions. Lastly, Britain does not have the traditional massive demographic bulge of youth whose disenfranchisement usually supercharges such civil conflicts.

Thus, the Brexit referendum has to be one of modern democracies’ greatest achievements, to allow the voice of the majority to define peacefully the very values it wishes to expound going forward as it spreads out into the world once more. The Brexit referendum is in essence about nature and national identity of the New Britain in the decades to come. Most importantly, it is a milestone in human affairs and gives hope that humanity can aspire to escape the bounds of its unconscious history.

Next in Brexit IV- Project ‘Fear'.