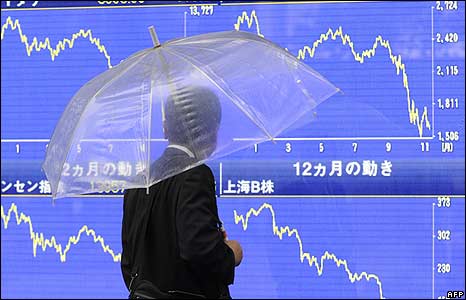 Listening to the hypothetical arguments from the UK government about the damage to the economy that Brexit will cause is an obvious attempt to sow fear. An argument that has reduced the credibility of its advocates. However, most of the electorate are naturally asking what is the realistic appraisal of our economy when we choose Brexit?

To be very blunt and put it simply, whether we stay or leave, there is an economic storm coming that will hit Britain, Europe and the whole world with great force. This storm will be driven by the tail end of the current deflationary cycle that is only due to end in 2018/19. This will cause asset prices to fall significantly from current levels both globally and in the UK. What is critical for the electorate to note is that this storm is both inevitable and independent from the Brexit decision. However, its onset will undoubtedly be brought forward by the Brexit decision, as Europe starts to break up under its own weight which will then have knock-on effects globally.

For the UK, this means that London property prices are falling, and this will accelerate as the previous peak was a bubble driven by foreign investment and most importantly, global money laundering. Naturally, the general UK housing market will undergo a similar decline. Meanwhile, global stock prices will also fall especially in Europe. This will be an overt trigger to a more negative national and European mood of protectionism and nationalism. Under this circumstance, the EU will break up under its own weight by 2019.

Once we recognise the storm is going to hit the UK, we have two choices. The first is to stay and sink with the EU. However, we are stronger than our neighbours with our own currency and so we will recover faster, but we will, without a doubt, have sunk deeper and undergone suffering that could have been avoided.

The second option is Brexit, and to become independent and the beneficiary of the capital flows from a declining and collapsing EU. This would in effect kickstart the UK’s economy absolutely and relatively, by to some extent insulating it from the inevitable deflationary storm.

So with respect to the economic question around the EU, now would be a prudent time to launch the lifeboat Brexit, batten down the hatches and leave the good ship EU to her inevitable fate.

"This will cause asset prices

"This will cause asset prices to fall significantly from current levels both globally and in the UK."

If the deflation is to continue until the storm, then if I read this correctly, asset prices will then begin to really fall along with a financial collapse? But why should they fall all over the world?

Asset prices did not fall all over the world when countries in South America had financial collapses in the 20th century. Stayed pretty much the same elsewhere.

If the thinking is that global trade will be so slowed as a result, should not that drive up prices? A bit confused here.

The largest observable economic cycle that is operating on a global level is the Kondratieff cycle. This effects both the Western world and the new emerging world.

The deflationary pressure derived from this cycle will continue into 2018/2019, and is primarily caused by a demand slump which in turn has caused the massive decline in global trade and shipping.

It is the effects of this K-cycle that have contributed to a lack of growth in the EU. This was then compounded by the structural inefficiency and protectionism of the EU.

The weakness of the EU has in turn catalysed the question of should Britain stay or leave.

Notably, the past weaknesses of the Latin American markets was a much more localised cycle.