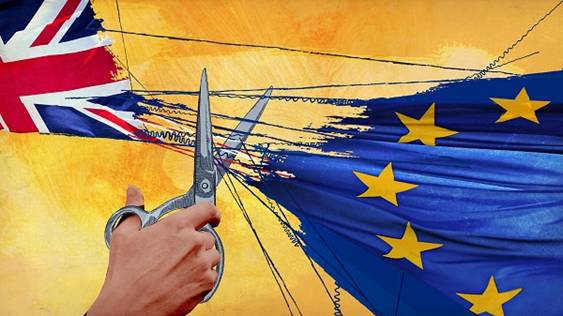 Long-term stability in global geopolitics is ever only fleeting.

Millennia ago, the major states of ancient Greece and their alliances lived in a permanent state of flux, as the Athenians, Spartans, Thebans and finally, the Macedonians all vied for regional dominance.

Similarly, Europe over many centuries endured the same process. First, it was the Spanish, then the French and finally, the Germans who all rose and fell from the throne of European power. Meanwhile, Britain historically sat apart from the continent and always ganged up against the strongest nation to prevent a monopoly of a single nation.

Today's EU was in reality focused around a German power centre. But since the EU’s formation, the German truck engine has run out of power, and the cart has grown ever heavier with the additional burden of new EU members. Meanwhile, Britain has after a long recovery road increased its power and influence. Naturally, it has tried to change the German EU from the inside to reflect its new circumstances. However, this overture for change was bluntly rejected by the EU. Leaving Britain with the only option but to leave the EU in Brexit.

So, what will a post-Brexit Europe look like? Recognising that history does repeat itself time and time again. Then, Britain will inevitably become the new power centre of Europe, with the appropriate demographic and economic growth to attract other countries to its new alliance. This alliance will inevitably grow stronger as the old EU breaks up, but will only include nations that can support themselves, i.e., the healthiest of the northern nations.

Thus, Brexit and the inevitable break-up of the EU should not be viewed as a great cataclysm, but rather as a renewal process that better represents the economic realities within Europe. One that will once more make Europe stronger, rather than stumbling along in its current zombie state, which is no use to man or beast.

And I hear voices saying 'we're too small to be on our own'. What tosh, Switzerland is just 8 million citizens but they have DOUBLE the GDP per head of debt ridden Britain. The streets are safe and clean, the health service is fabulous, the education system makes ours look like a clapped out Skoda, the standard of living is eye watering...the list just goes on and on. The same applies to Singapore, too small my arm!