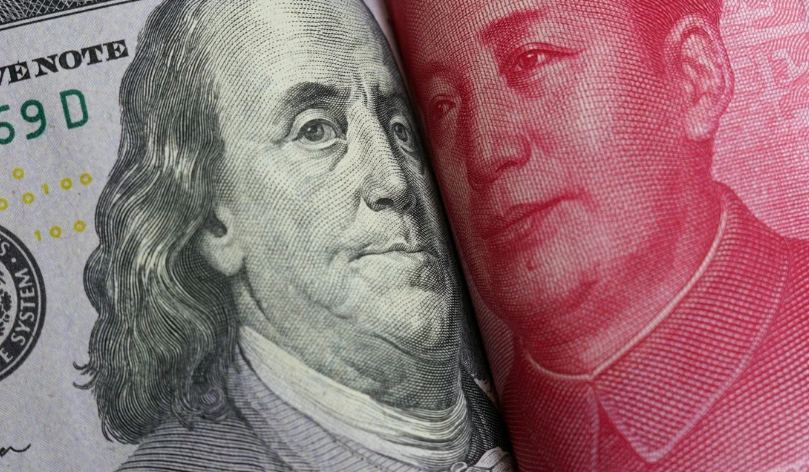 Our Theory of The Five Phases Of Empires was published in 2009 in Breaking The Code of History; The key Observation was that we would see a great power shift from West to East as American power waned and Chinese power expanded into the vacuum. This great Shift as we named it, is best exemplified by our diagram below. 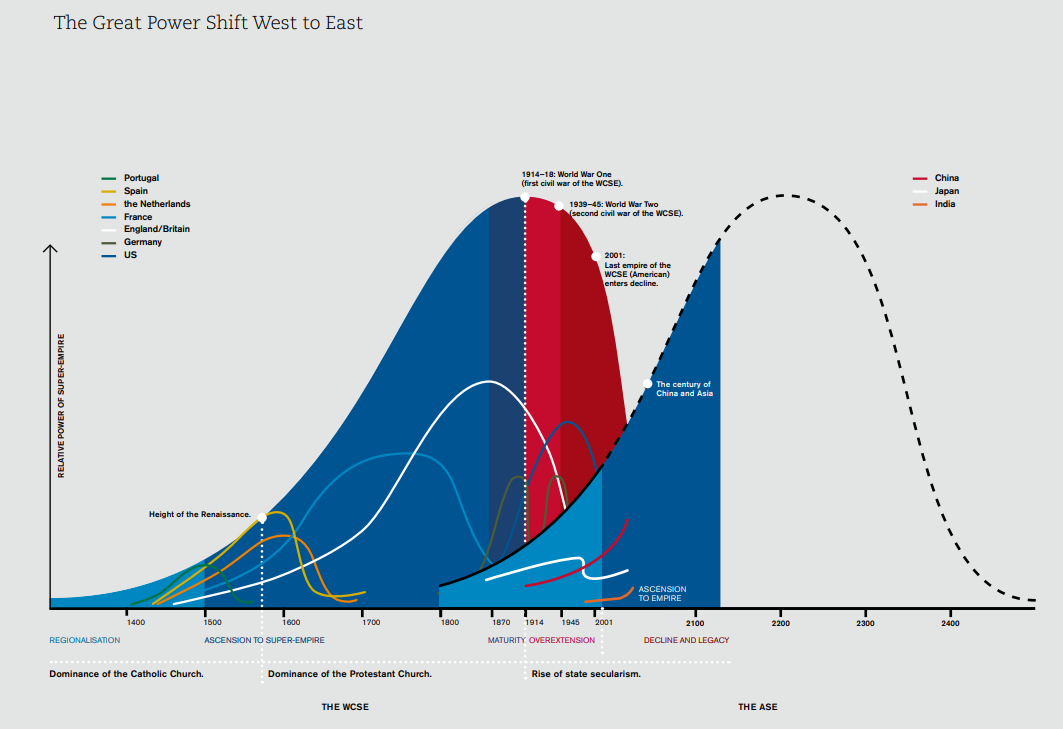 One of our main observations with respect to this process and all indeed other empires that have been in an expansive state, was that all empires first expanded their economies and then deployed their wealth to expand their armed forces to then secure their resource supply lines. China has thus followed all of our predictions in this regard, and has now reached a critical milestone in its aspirations.

Because It has become the global hegemony with respect  to the power of its economy, as demonstrated by the extent of its trade relationships across the  globe and the size of its economy based on purchasing power parity. The later measure being the most effective measure of its deployable economic power. 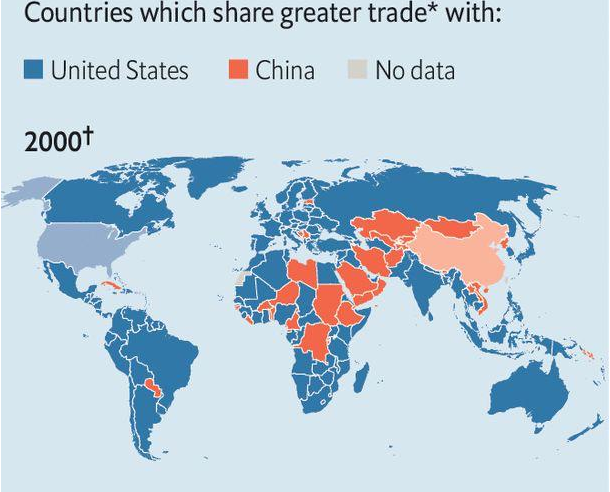 In 2000 no one understood that The America was about to enter its last and final stage of empire; decline. Whilst China's influence appeared limited to its region and Africa 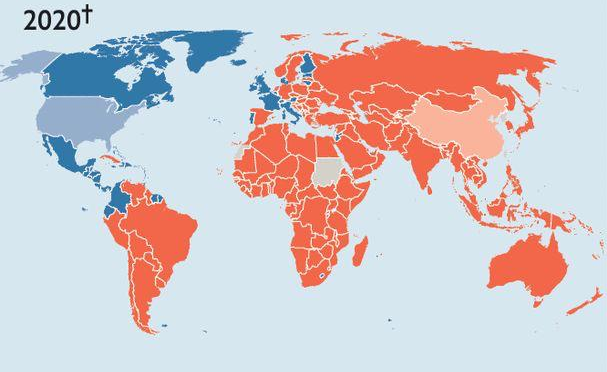 However by 2020 everyone in the West had become aware of the power of the Chinese economy through it trade relationships, and their dependance of its economy. Either to export its raw materials too, or through China's cheap manufactured exports. The collapse in America trade power has been dramatic, as manufacturing industries could not compete with China on cost. Trumps gambit and Trade war with China recognised Americas decline, but failed to arrest the negative trend. 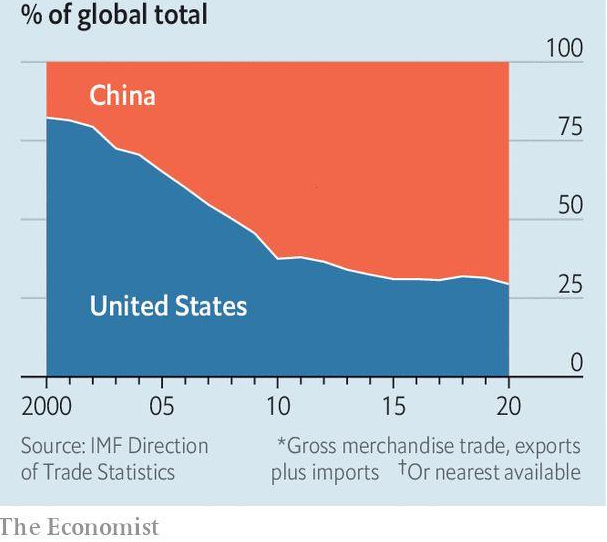 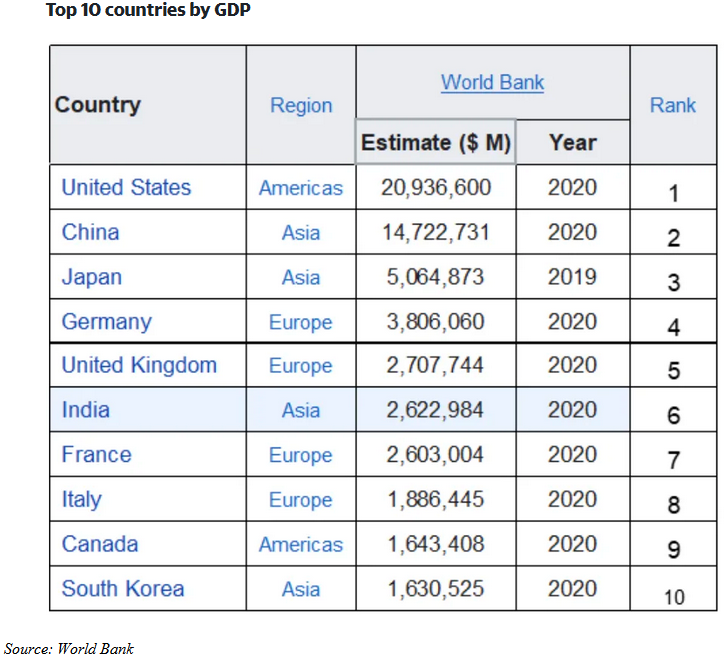 In terms of Dollar based GDP, America still looks to be the dominate economy. However in reality this is an illusion that only supports American hubris. 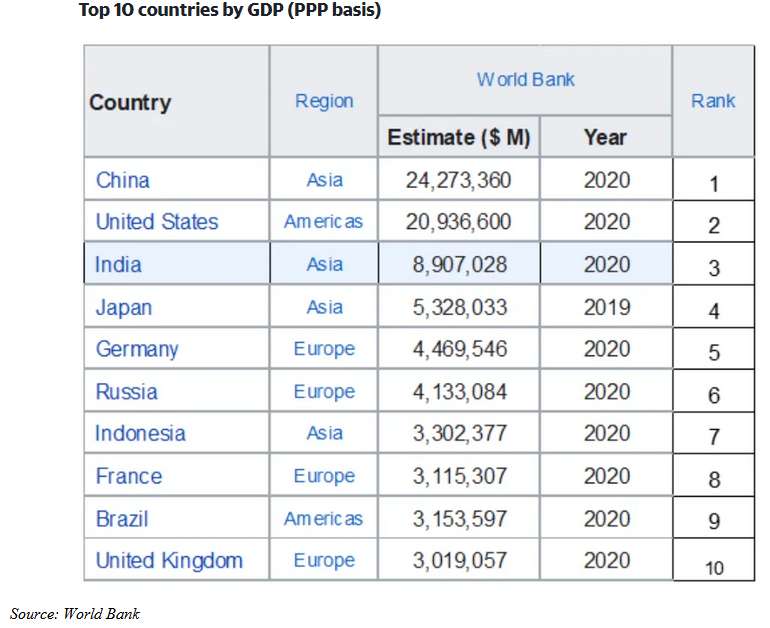 The reality is that on a purchasing power parity basis, China is some 20% larger than America. As the arms race hots up this is a key measure of the purchasing power it has to expand its armed forces.

This table also demonstrates the power of India to block the Chinese hegemonic challenge even America looses it economic power, and why Britain should make India a key strategic partner. 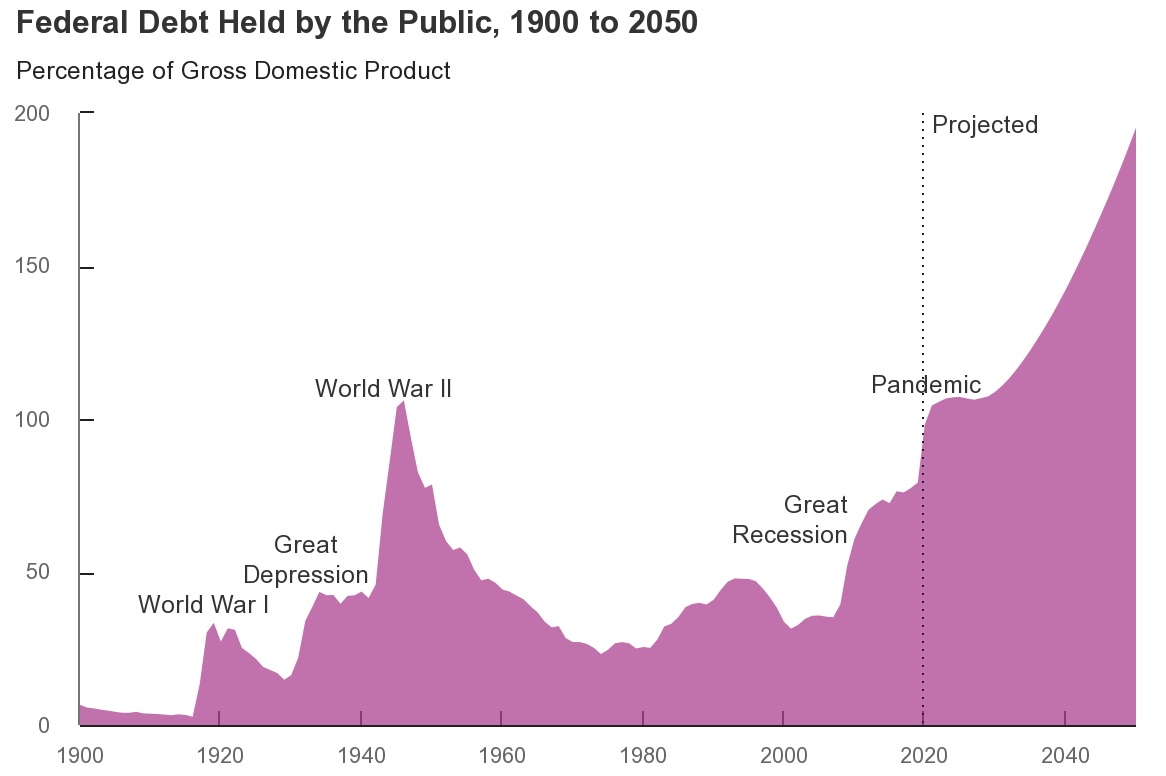 American debt has been dramatically rising for the past two decades, which is consistent with the process of decline.However the past 20 months has seen the US Debt burden hugely expand due to the pandemic.However this recently printed of money has not been ploughed into new infrastructure that would make America more efficient and productive in the future, as China has done even as it too has increased its debt burden. But rather has been used to shore up a failing and inefficient economy and empire.

Today it is notable that China, having caused the ballooning of America's debt profile with the release of the Wuhan Virus, has recognised, what it called irresponsible financial US policies. Furthermore we believe that China will now seek to weaponise Americas vulnerability to a potential debt crisis, and since February 2021 has been lowering the leverage on its economy to prevent contagion from an American centric crisis that the CCP will inevitable seek to exacerbate.

Such an America Debt Crisis, would complete China's economic hegemonic challenge, and give it a very significant upper hand in the accelerating Arms race, as China seeks to convert it's economic power into total  global military dominance before 2025. 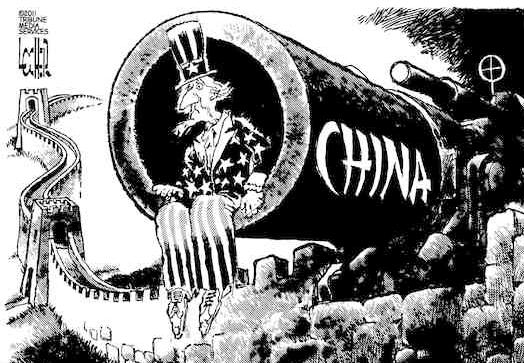