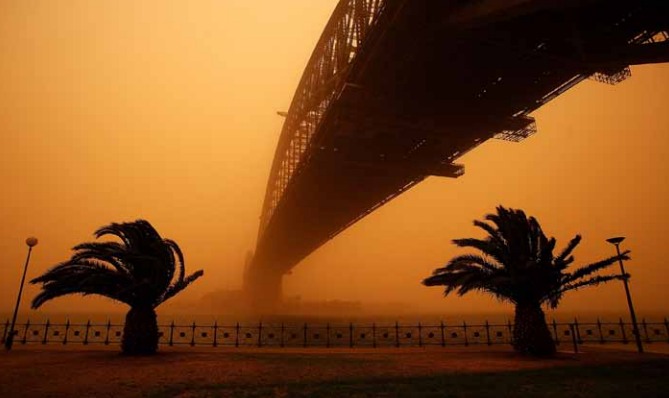 The Drivers of Change

There are three key stake holders that all need to engage:

1.      The public, who are currently the main catalysts for change that are driving the other two stakeholder groups.

2.      Corporations, who are seeking to respond to shareholder and customer demands

3.      Governments who, in the democracy’s of the world, are being slowly forced into action by their electorates. (However dictatorships are dependant on the vision of their leader!)

The problem is of such a massive magnitude that Governments must and have to act swiftly and decisively with a clear vision as to how their nation and others in concert can mitigate the climate crisis. First by reducing and then extracting the carbon dioxide and methane in our atmosphere back to pre industrial levels. This shift in mindset should focus on energy and carbon emissions but should also be accompanied by a shift to sustainable economies where recycling and reusability are essential elements of  a new balanced human way of living.

This can only be achieved with Government sponsored major tax incentives accompanied by copious and accessible investment capital to create and implement the new technologies that have to be deployed. Simultaneously money has to be spent to protect  against increasingly more powerful climatic effects, before the Climate Crisis might be reversed.

The Key Steps to Change

1.      Sustainability: encourage and implement a sea change in social attitudes. In many ways, ancient societies understood their environments far better than we do at present – people lived in tune with the seasons, and with their ecosystems, even when they harnessed the natural world for their own benefit when hunting, farming or diverting water from rivers. Respect for the natural world was present to a far greater degree. First industrialisation withered this attentive approach to the environment; then complacency and a preference for convenience set in, along with the perpetuation of a new ignorance of the natural world down through successive generations. We now need to recognise beyond doubt that we must live in balance with our habitat, and that unless we rediscover the means of doing so, our negligence will cost us dearly. Only genuine sustainability can provide our children with a future and give the biosphere the protection that it requires. Only then can our civilisations continue to prosper. In WW2 in Britain it was resource scarcity that drove aluminium frying pans to be donated by the public to build spitfires, and for everyone to grow their own vegetables in their back garden. Sadly it seems that only with resource scarcity do we have the economic imperative to become more sustainable. The next ten years will see a massive commodity price bubble that could catalyse this dimension of change to a circular economy from necessity.

2.      Focus on the main priority; Climate change. The most urgent step is to dramatically reduce per-capita greenhouse emissions. The West must, with urgency, design, build and implement emissions-reducing technology and then offer it the developing world, so that the latter can stop at the same emissions ceiling. The developed world, particularly the US, must lead the way.

3.      Implement a carbon credit scheme. This is paramount. As a means of self-regulating emissions, carbon credit is the best way to balance commercial and environmental demands. Structuring such schemes is complex and commitment is necessary from governments worldwide to create a loophole-free system. It will be imperfect to begin with, but can be improved with time. The credit scheme can also be linked to environmental taxes, which should penalise polluters and benefit responsible companies and individuals. After all, new technology always costs money, requiring state support to implement on a wide scale in order to effect the modernisation of national infrastructure. Programmes such as the World Bank’s Forest Carbon Partnership Facility supply carbon credits to regions with rainforests in danger of decimation, in exchange for help to preserve them, not only offsetting emissions in these sensitive regions but actively supporting their rejuvenation.

4.      Commit to developing new energy sources. With energy demand having doubled globally in just 20 years, our industrial economies need energy to survive and grow and at present that is predominantly derived from burning hydrocarbons, coal gas, and oil. Thus novel means of generating power are needed in order to halt the high rate of carbon emissions as a result of conventional energy consumption. Growing energy friction will act as an additional impetus to institute carbon sequestering and construct new nuclear reactors (initially exploiting fission, and later, development permitting, clean-burning fusion). Meanwhile we expect wind and solar to energy to continue to increase in use.

5.      Investment-Needs to reward innovation  New investment needs to be accessible, bold and plentiful, none of which are in evidence in today’s capital providing world. In addition economic rewards for new and effective climate-change solutions must be a regular and generous by-product of effective carbon-trading schemes. Again, developed countries must encourage the transfer of new technology to the developing world – nothing short of a global environmental revolution should be undertaken. New technologies and investment opportunities should not be limited to emissions-reduction solutions but also encompass such fields as;

Today this is certainly not the case as evidenced from personnel experience working with a company called Clean Energy Systems, who is perfectly positioned with world beating deployable carbon reducing and requesting technologies, even when IRRS are in excess of  40% (contact me directly if you are interested)

So in conclusion, we are in global climate crisis and heading for civilisation wide disaster sooner than we collectively appreciate. Urgent action is required on a massive scale. However, until America and China see climate change as a bigger threat than each other the situation will only become worse. At the rate of acceleration of climate change . Worryingly that may well be not many years away. One can only postulate that only when a major littoral City floods will the world wake up to the threat it faces.

Until then Britain and the EU need to do all they can to push forward a significant climate mitigation agenda and the people of the world put effective and relentless pressure on their governments and corporations, if humanity is to have any hope of starting climate mitigation in a meaningful way.

There is only one potential  silver lining to the current climate crisis; The  question  as to if the threat to human civilisation presented by Climate change is so overwhelming and immanent that if forces us to overcome our nations traditional competitive energies and to work together with a shared purpose of collective survival?

The alternative is to to plan for a massive 160 m sea level rise and rebuild our industrial civilisation on higher ground.