Commodity Economies Part 1: Russia, the need for Rapprochement with the West 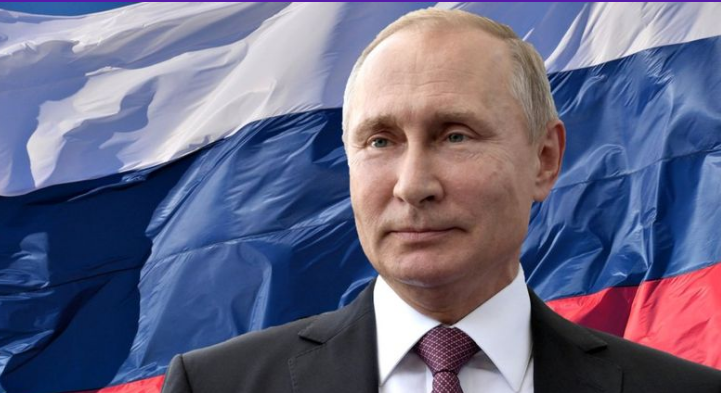 With the expectation that the impending worldwide recession will act as the final stage in the decline of the commodity process since 2011 we are taking a look at the potential geopolitical consequences and risks for countries whose revenues are commodity price dependant.

It should come as no surprise that Russia is essentially a commodity dependant economy. When, in its most recent empire form as the USSR, it faced off against America in the Cold War, this defining characteristic shaped the nature of the standoff with America which was a commodity consuming nation. Thus, in essence, the Cold War was a struggle between a commodity producing system, against commodity consuming Western system. Thus when prices increased from 1950 into the 1975 peak, as shown in the k Cycle,  the USSR looked like it was winning. But then when prices dropped on the other side of the 1975 peak, the reverse happened . Ultimately the economy of the USSR collapsed as its massively high defence spending on conventional military capability could not be maintained by the lower process of commodities into the 1990s.

Role the clock forward to Putin’s Russia today. From 2000 to 2012 Putin’s position was cemented by high commodity prices which made him look like a heroic and great leader. However, since 2012 those prices have fallen and thus so has Russia’s economic wealth. A situation made worse by the twin forces of the kleptocracy superimposing great inefficiency upon the nation and western sanctions. It is a testament to Putin’s power as a leader that he has managed to stay in office for so long. However a crisis may soon be upon him, as the global economy moves into a deep recession/depression in the next 18 months and the economy of Russia will become even weaker.

Whilst the general Russian population like the fact that Russia is now strong again under Putin, many who are able to, have left the country to work elsewhere in the world. Additionally, there are signs of descent in what is left of the democratic process within Russia. This can only be expected to become more pronounced in the months ahead as Alexei Navalny, the opposition figurehead, gains traction.

Thus we can assume that Putin is becoming increasingly desperate. One such measure that should concert the West, was the sale of Russian jet engine technology to China in the past few years. Giving China a leap forward in the one area of fighter construction that it had previously lagged behind on. One interpretation is that this technology transfer cemented the alliance between Russian and China, but another equally worrying interpretation is that it was an act of desperation as Russia needed the money.

For the west, Putin's impending crisis could be an opportunity for rapprochement, to bring Russia back into the western fold and to move away from China. This would play a key strategic role of surrounding China and isolating her. However, if the West continues to use sanctions against Putin then it risks being used as the scapegoat for Putin's economic failure and rather than losing power he could start a conflict to distract Russia's population and externalise the threat rather than take the blame.

For those that argue that Putin is evil, there can be little doubt that he sits at the head of a police state. Furthermore, there is no denying his actions have repeatedly sought to destabilize the western world. The question is what has driven his actions. Unlike China, Putin is not an implacable, ideological enemy of democracy, but rather one that perhaps sees the respect that the West never gave Russia when it collapsed at the end of the Cold War. In WW2 the Western nations made Stalin an ally who one could argue was ten times worse than Putin. The key to building a new working relationship would be to give Putin the respect he craves as an equal partner in the western sphere of influence.

From the West’s perspective the idea that the alliance between Russia and China becomes stronger and closer in the years ahead is our its worst  strategic nightmare. Conversely for Putin winning a conflict against the West leaving it standing next to an unconstrained China is an equal nightmare.

With such choices ahead of us, there is only one option: a swift western drive to bring Russia back into the Western fold. To take the entente cordial as the working model to do so, as in the end Russia fears China as much as the west, but is for now caught in the middle. Pushed there by a revolution in Ukraine inspired by Obama, to avenge a slight over the Syrian chemical red line.This personally motivated strategic error of major consequence now needs to be reversed with urgency. Otherwise, the West could face more unintended consequences. An invite back into the G8 would be an excellent start.

One last comment is that Russia is not alone as a commodity producing country, facing political upheaval at the next low of the commodity cycle in 2020. As a general warning, any nation who predominantly derives its economic revenue from commodities will be a risk of social unrest and geopolitical aggression to divert attention from internal descent. Next we will review Saudi Arabia.

Russia and China are currently involved in joint naval exercises with South Africa. South Africans I have spoken with do not seem to perturbed by this as it is seen as part of the continuing trade arrangements. The second scramble for Africa perhaps!