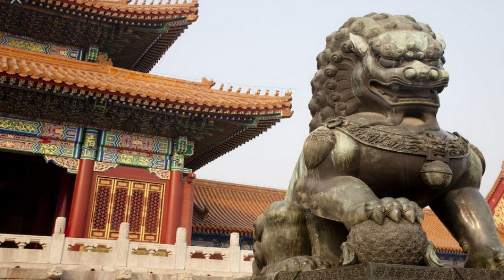 One of the hallmarks of an empire is the widespread use of its currency, not only within its borders but on its periphery. This allows an Empire to control and regulate not just their own economies, but influence others and extract value that’s returned to the core of the empire to enrich the system. For the Roman empire it was the dinar, for the British empire the pound sterling, and for American empire the dollar. Today could the Yuan be poised to challenge the Dollar as a currency of hegemonic power?

During the history of the Super Western Christian Empire, each sequential empire had a dominant currency which had an average duration of 80 years. 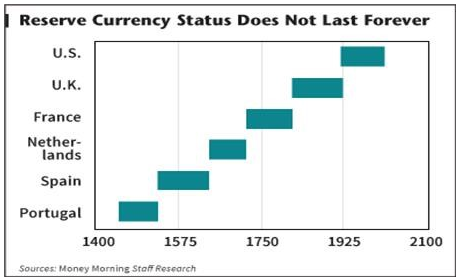 The collapse of each reserve currency took place when sound money based on an empire's dominance, was replaced by fiat money, which was paper money without any physical backing, such as gold, to substantiate its value. However the ultimate backing of a currency is the power of an empire to exert its will and influence on all levels. But once that starts to fail, it is also coincides with the increased printing of the currency, further devaluing it. Notably, debt accumulation accompanies this phenomenon as per America today

Lesson from the British Empire and transition of Power to America.

The plot below shows the comparative GDP of America versus Britain through 1914 and into 1940. 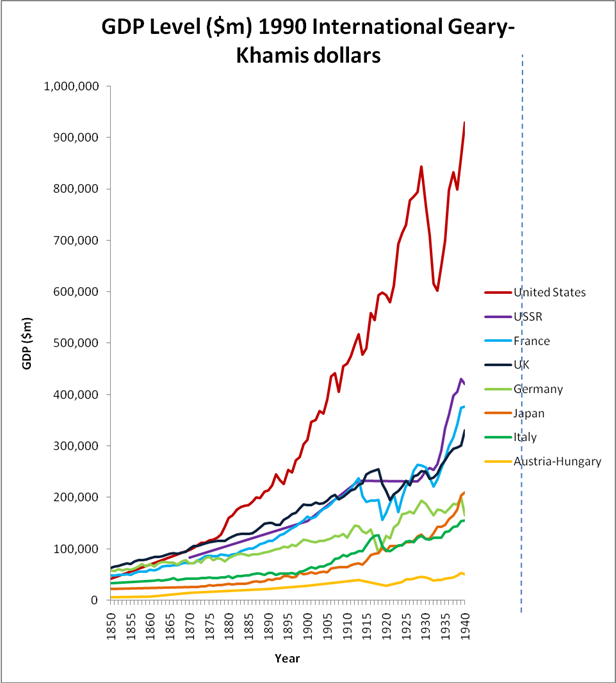 Taken country by country America was roughly twice the size of Britain in 1914. However, this does not tell the real story as the effect of the Empire more than doubled the GDP of the British empire in 1913, so that it was marginally larger than America at the outbreak of WW1. A war that by 1917 had almost bankrupted Britain, forcing Britain to ask for American loans to sustain its war effort. Interestingly during the two wars and especially post the 1929 crash, Britain maintained the perception of its hegemonic power that supported Sterling with the dollar considered as a close second global currency. 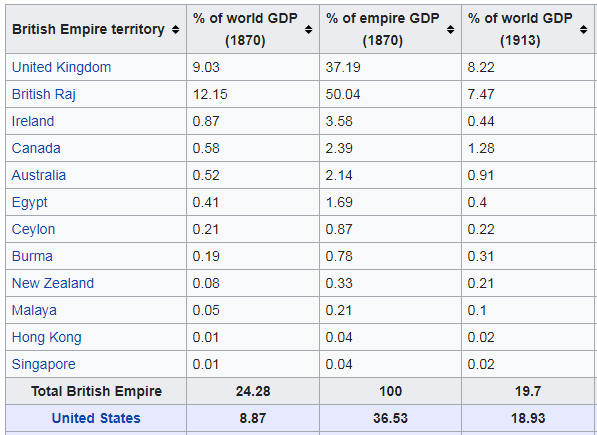 It was post WW2 when America had expanded its influence across the Pacific and to include Europe. Meanwhile The British empire started to disintegrate. Almost immediately the pound dropped from $4 to $2.8, a 30% decline. That decline continued into 1985 reaching parity at 1 to 1 (I remember watching the low print on the JPM Fx desk). An unthinkable exchange rate 30 years before. Notably the rejuvenation of Britain is reflected in its currency from 1985 onwards which has been appreciating, and I would argue that looking forward Britain's currency will appreciate over the next 5 years to back $2.5. This appreciation of sterling will be compounded by the loss of power that the American empire faces with the rise of Chinese power.

During the period of loss of Empire, British national debt reached the highest levels in its history, as debt was used to pay for a system that was outdated, outmoded and uncompetitive. Notably it was the rise of global American military power projection, that post-1945 confirmed its status as the hegemonic power. Meanwhile the Suez Crisis and the subsequent invasion that was stopped dead by America threatening to sell Sterling, was the coup de grass to the British Empire.

The American Empire and transition of Power to China

The Dollar has dominated world currency for over 80 years, but there are significant signs of change afoot. On the basis of current Dollars (purchasing power parity) China equalled American GDP in 2014 through the power of its manufacturing base which exceeded Americas in 2008, as the global powerhouse of manufacturing. That trend has increased considerably over the decade since then! 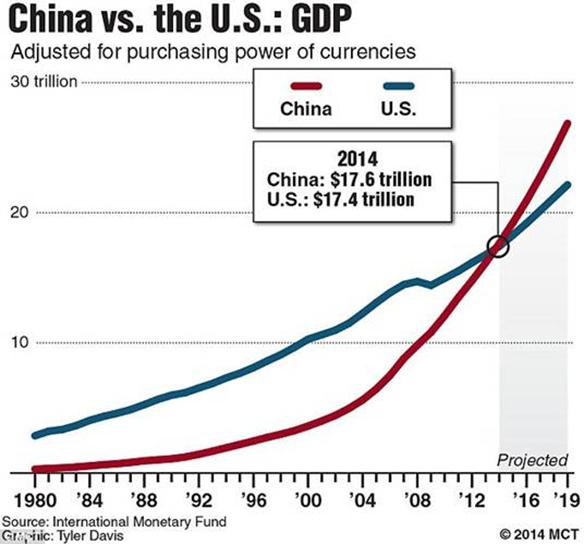 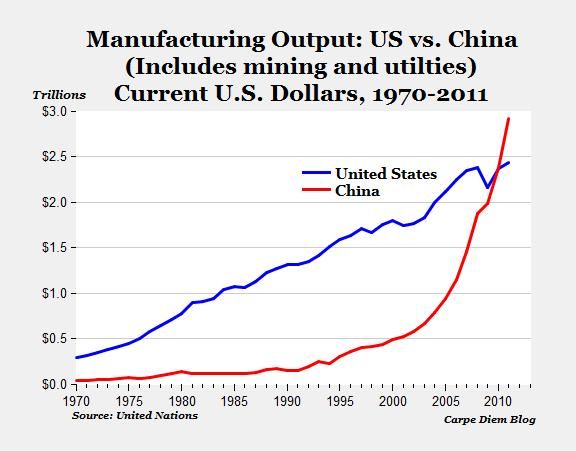 This picture of increasing Chinese dominance is supported by the influence and acceptance of the Yuan internationally, that threatens to eliminate the US dollar as the world’s reserve currency.

Chinese expansion can also be seen in the increase in the global footprint of China's economic activities such as the Belt and Road initiative and Chinese debt colonialism to vulnerable countries, who have strategic value and natural resources. Those loans are almost always unsustainable and will inevitably result in China owning the assets. This is supported by the building of  a blue water navy that will protect the multitude of global trading routes all leading back to China to grow its empire. 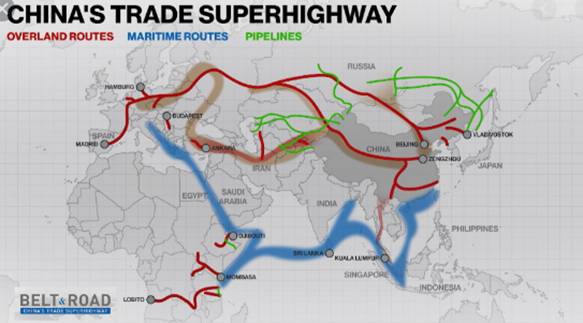 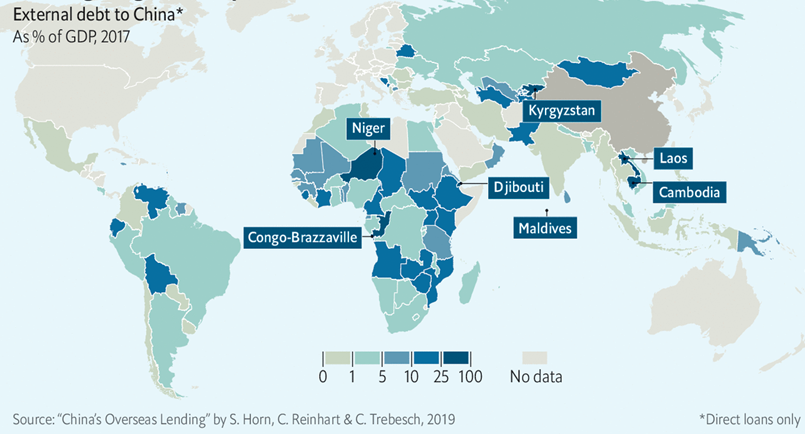 The Yuan is often called an emerging currency. A term that underestimates its impending reserve status globally. Notably China’s challenge has been growing since 1995 when it started executing its 50-year plan to dominate the globe. The lateral correction in the Yuan, over the past five years, has been in phase with the rise and fall of the Dollar Index, and thus we conclude that the Yuan is about to commence its appreciation to sub 6.00 in the next year and will ultimately double in value over the next decade.Of note is that being long the Yuan and short the Dollar is a positive carry trade that makes approximatly 2%. 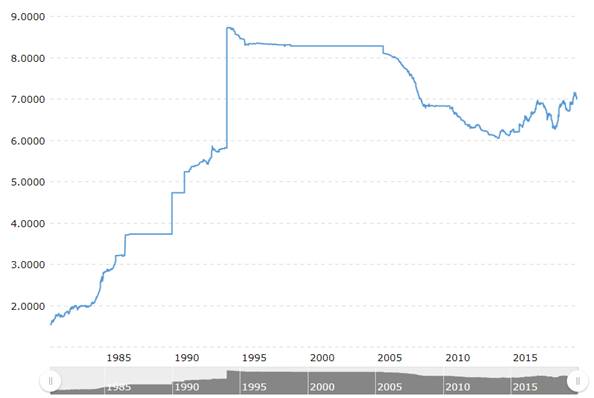 However unlike when Britain passed its baton to America as part of a bigger western Christian system, we expect the western and Chinese worlds to divide into two economic spheres in the years ahead with limited cross trading. However, that does not stop the fact that China's currency is on the rise with all the associated implications for the global power balance.

More details are available in the financial market section upon request.