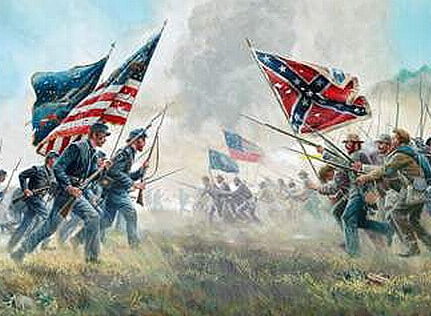 Ray Dalio has claimed that the conditions in place in America are such that they make a second civil war and the political impasse at the next election in 2024 almost inevitable, as summarised by his graphic: 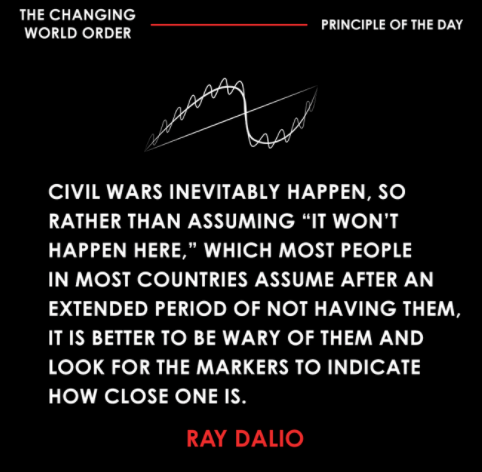 While the internal dynamics of American politics are certainly supportive of such an argument, the outcome is far from inevitable. The lessons from the British Empire can be applied to America today, and there is an external factor to be considered in the form of China, much as Britain faced a similar dynamic with Germany’s hegemonic challenge.

1.0 The Key Factors For Consideration:

2.0 Lessons From The Decline Of The British Empire

The story of Britain’s constitutional crisis of 1909–10 has many startling similarities to America today. Even the timing to the next peak of the commodity cycle that triggered WW1 and could trigger WW3 is notable. It is a reminder of the strength of the energy that swirls around a fracturing empire in decline, whilst facing a clear and present danger of a challenging hegemony close to the gates. 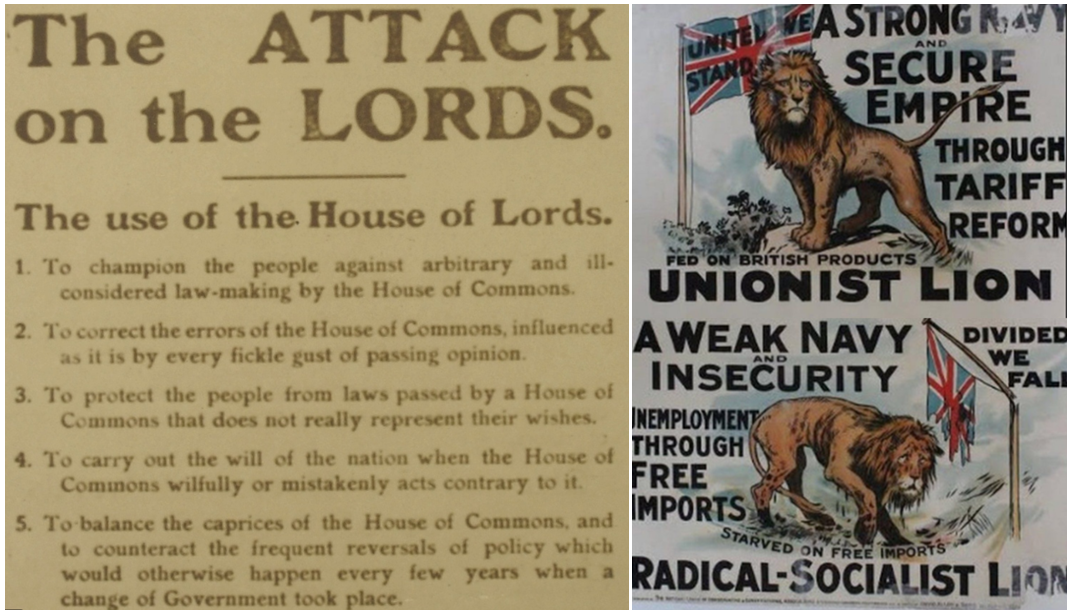 The two posters above date back to the 1909–11 constitutional crisis. (Left) The House of Lords blocking the Liberal Party’s agenda of wealth distribution. (Right) A conservative election poster highlighting that a socialist agenda will lead to the fall of the British Empire; showing that history does not only rhyme but rather can repeat very precisely.

Back at the turn of the 1900s, the rise of the Liberal Party in British politics had been based on the drive to redress the wealth inequality in British society, in a similar way to Biden’s current election platform and agenda. Back in 1909, the Liberal government’s attempt to find a solution to the problem of poverty through fiscal reform, brought to a head a long-maturing conflict between the Liberal Party and the ultra-conservative House of Lords. When the Lords rejected Lloyd George’s ‘People’s Budget’ in November 1909, they ushered in a period of fierce political controversy, which included two hard-fought general elections in 1910, both of which produced hung parliaments that then required coalition governments.

Interestingly, this equality in the partisan vote existed in Britain back in 1910 and does today in American politics. The political struggle culminated in the terms of the Parliament Act of 1911. In the course of this controversy, the futures of the government, the House of Lords, and even of the monarchy were all, at various times, placed in jeopardy. What is often ignored by the history books is the impact of the Agadir crisis in April 1911 on the resolution of the internal constitutional crisis, because the Agadir crisis was a German test of British and French intent that almost triggered WW1 by its actions against France in Morocco. The recognition in Parliament that Germany was in an aggressive and expansive mode of hegemonic challenge to Great Britain drove both sides to come to an accommodation, to ensure that they could repost Germany's aggression.

This all took place at a time when Germany's military challenge was in a similar state of maturity, much as China is today to America. Indeed, Churchill commented during the introduction of his great volumes on WW1 that during the course of the constitutional crisis, it was widely anticipated that the military would have to initiate a coup to take control of what at times seemed to be a nation in utter disarray.

There is no doubt that in addition to the Kaiser's perception of a failed pilot war in South Africa, the disintegration of British political stability encouraged his belief that his hegemonic challenge to the British Empire would be successful, precipitating the onset of WW1. One could also argue that if a military coup had come to pass, Britain might have been in a far stronger military position to deter German aggression and prevent WW1. Additionally, it would have prevented Lloyd George, as leader of the opposition with his considerable political influence, from stating Britain would not intervene if Germany invaded and subjugated France, as it had already done in 1870. An act that encouraged German aggression.

Based on the evidence above and the example of the British Empire, whilst America is currently subject to the internal forces of fracture, it is those very same forces that are being perceived by China as weakness and collapse. These are qualities that when coupled with a series of failed pilot wars that ended with the humiliation of the route from Afghanistan and the weakness of Obama as President suggest that China’s accelerated aggression and highly probable invasion of Taiwan will, in the weeks and months ahead, trigger a cortisol threat response from America that will heal the bipartisan divide and unite America against its common enemy, China. 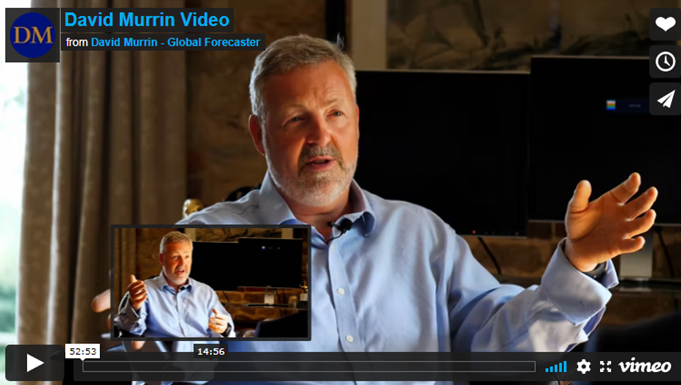 Ray Dalio – If my critique of your work seems harsh, I would welcome a public, televised debate on our different viewpoints, to further the collective understanding of human cycles that have shaped our history and that will unconsciously shape our future. 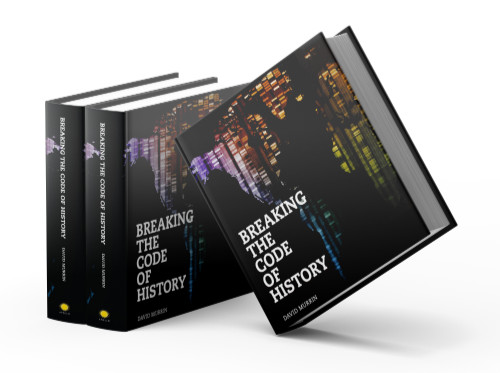