Delta, Omicron, Xi And The Markets 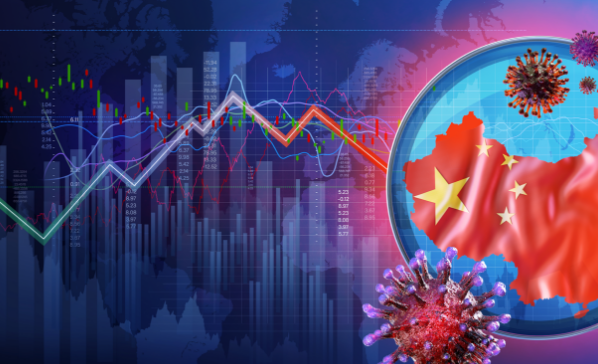 Across Europe, we have been seeing the fourth wave of the pandemic that has erupted rather predictably during the onset of winter, as the disease found traction in populations with low vaccination rates and falling immunities from the year's vaccination programme. Austria is a case in point and the dashboard below clearly shows the risks from this wave. Only Britain stood apart as it has been undergoing an ongoing wave that has ensured that its population had a gradual exposure coupled with a low mortality rate. This is the ideal scenario to avoid the hospital saturation levels that Austria is now experiencing, to which the only policy response is to lock down (even though it has proven to be ineffectual) and thus then further constrict an already mortality wounded European economy. Hence, the European stock indices have led the way lower from the recent highs, as compared to those in America. 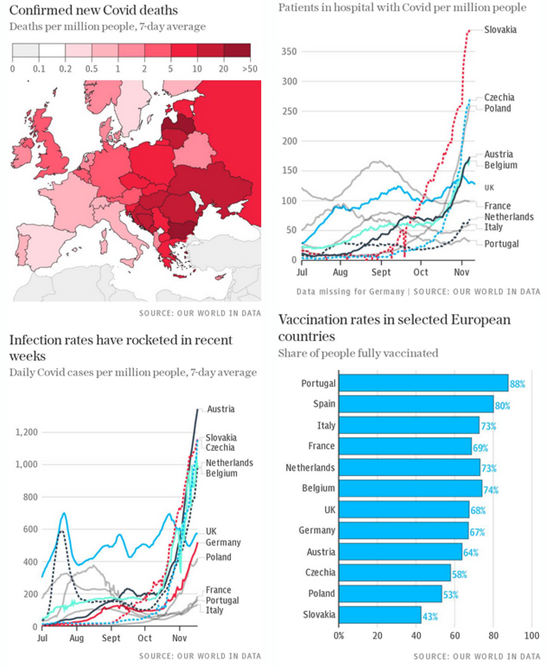 We have long warned against the risk of new variants in this pandemic and the need to have a global response and vaccination policy to eradicate the pandemic completely. It is a challenge for collective humanity, one that emulates climate change, another challenge that we have, as of yet, failed to overcome. The direct consequence of this is the Omicron variant. Whilst the main strains like the Delta variant have proven relatively stable for an RNA virus, Omicron represents a quantum leap in the mutations found in its protein spike, which almost certainly evolved in an immunocompromised human in Southern Africa and which acted like a petri dish for the new variant.

South Africa has one of the best genomic testing capabilities in the world, next to the UK, so it was no coincidence that the variant was detected relatively swiftly. By swiftly, we do not mean after a few patients but perhaps many thousands, which means that with the interconnected nature of the world, and under the mask of the Delta variant, that Omicron variant has evolved and escaped. Thus, if it is a more-evolved version of our current variants, it is now just a matter of time before it spreads around the world in the wake of the Delta variant. Thus, the rapidly applied measures by the UK Government (compared to those of the EU) were entirely appropriate, to slow down transmission rates whilst assessing the new risk and then seeking an informed course of action.

It seems ironic that South Africa has been negatively rewarded for its relatively swift detection of the Omicron variant by being placed on the red list. As such, it is up to the developed world to support South Africa with a vaccination programme that returns benefits for its effective detection system and thus encourages other Emerging Markets countries to adopt similar warning capabilities.

So what real impact should we expect from Omicron? Well, based on its genomics, we are told that it has a nightmare cocktail of evolutions. However, we should remember that the science of genomics is still in its early stages and the clinical impact of a new variant can only be measured by physical observation of a large sample of those who have been infected. In that regard, we are very lucky the South African doctors are some of the best in the world and as such their clinical observations are to be trusted. The first reports are reassuring in that those infected have relatively mild symptoms, and if this stands the test of time over the next few weeks, then this is a huge positive. Then the key question has to be answered as to its transmissibility and its potential to further mutate through transmission. We should have those answers with three weeks, so until then we will have to wait, and waiting has never reassured nervous markets.

Meanwhile, there is very little news of the impact of the pandemic on China, and we must keep asking the key questions as to the origins of the pandemic and how China with poor vaccination rates and vaccine programme is avoiding the pandemic? Learn more on The Unnatural Origins of The Wuhan Pandemic.

For those that subscribe to our Arkent Scenarios, we have continued to warn that the equity market rally in the US was in the final stages of its accession of what we call the Doomsday Bubble and that it would make a final high just before Thanksgiving and then start its collapse. Meanwhile, we expected the European indices to roll over first. All of which has come to pass. Placed within this context, the Omicron panic was not the cause of the fall but rather part of a host of negative realisations to unfold in the weeks ahead that will keep hitting the markets and driving them lower. This is because all the equity market investors are all super long and thus there is a massive risk to the downside that we expect to unfold in the days/weeks ahead as the Doomsday Bubble collapses. For more information on our market, predictions: Find out More 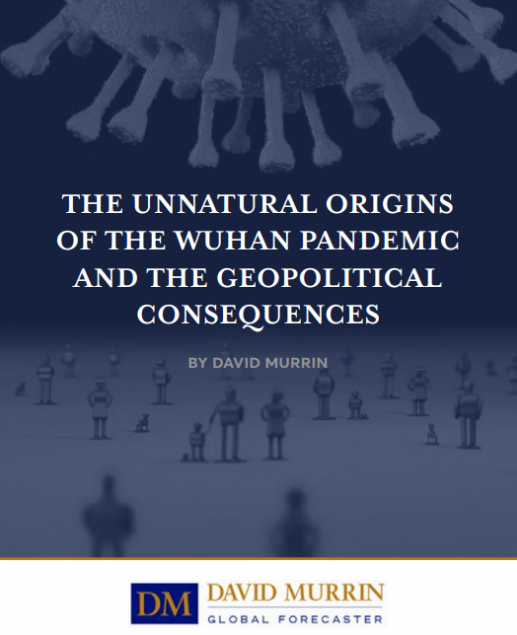