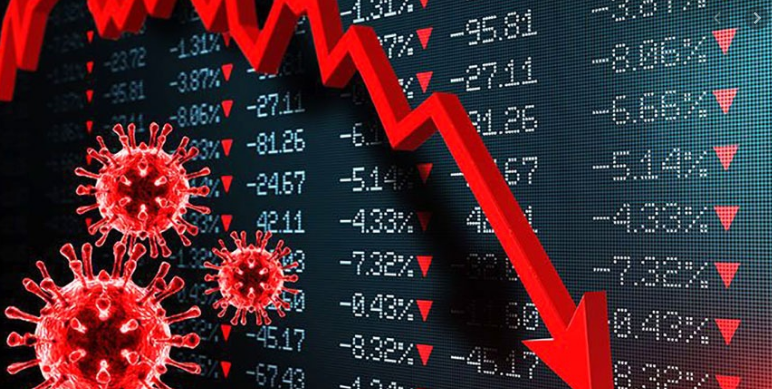 Imagine driving your car, but instead of using speed as a measure to control your journey you replaced the speedo with a revolution counter. Every time you put your foot down the car’s revolutions would increase. You would think you were speeding and take your foot off the pedal. As a result, you would very quickly go nowhere and probably crash. The way Europe and the UK are monitoring the spread of the pandemic is equally as self-destructive and self-sabotaging. Europe is displaying collective behaviour consistent with the terminal phases of an Empire's life cycle.

The key mistake, akin to using a revolution counter in our above example, is to measure the progress of the pandemic by the number of infections and deaths. Compared to the first wave, death rates in France are currently at 1/5th of what they were. This is partly due to the widespread use of steroids to negate the worst symptoms of the virus. Steroids allow the immune response more time to repel the attackers. It is also partly due to the first wave already killing the most vulnerable (who arguably would have soon succumbed to annual flu viruses). Last but not least the greatest spread of the infection is in the younger population (as shown for the UK) who have practically zero mortality rates.This suggests that the older more vulnerable age groups have been enacting effective  social distancing measures. 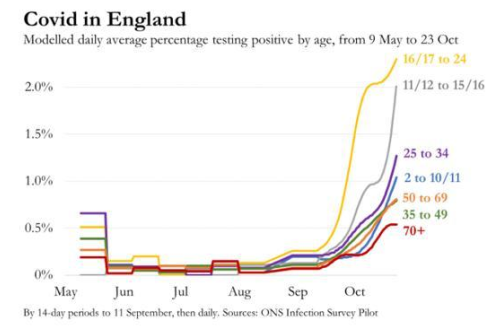 As per my Murrination, The SECOND WAVE DOES NOT REQUIRE A LOCKDOWN, the only realistic way to access the impact of the pandemic is by using excess death measurements. Such measurements continue to suggest France and the UK should not be locking down, but continuing as per Sweden’s course; with caution but as normal. Due to incorrect statistical measurements, Europe is on track to lock down en masse. In so doing extensive damage will be done to the economy.

When systems shrink economically there is less to go around and the energy of fracture starts to dominate. In all probability, this second lockdown will be the last nail in the coffin of the EU as we know it. Certainly, the next 6-9 months will be a deciding moment in the EU’s ability to survive. The fear bubble associated with the pandemic can only be described as a collective delusion of the magnitude seen in an investment bubble. Instead of being based on greed and hope, it is based on fear. Both types of bubbles end up being equally as destructive upon completion of their cycles. See THE WESTERN PANDEMIC NEUROSIS.

It's good to see Boris showing leadership and a more reasoned approach to this second wave with the implementation of a regional system rather than a national lockdown. Long may he stick to his guns on this as the UK's economy would be in ashes after a second lockdown that could last months past December. The real battle is to keep the UK economy alive whilst reassuring the public that the real impact of the pandemic is relatively small. Critical in that process would be to put wartime controls on the press concerning the way statistics are reported, replacing the figures of deaths and infections with excess deaths.

Meanwhile, China reported just 15 infections yesterday. This raises the question that, as a northern hemisphere county entering winter, why are Chinese infections so low? I suspect once Trump has lost the election by a landslide (and the US Government is back in the hands of a sane man not compromised by Russian Intelligence) we will see some US Intelligence revelations that point the finger squarely at China for the release of this Wuhan Pandemic. DID THE CCP INTENTIONALLY RELEASE THE WUHAN PANDEMIC?