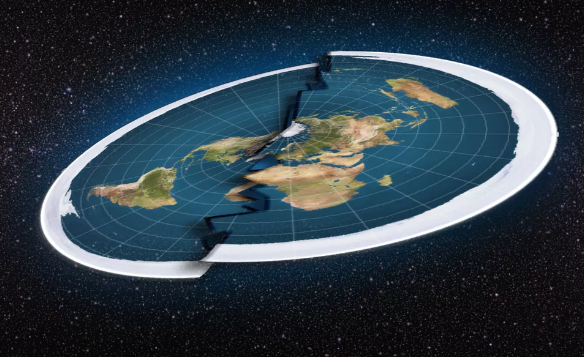 The idea that the Earth is a sphere was proved by ancient Greek philosophers such as Aristotle (384–322 BC) who obtained empirical evidence after travelling to Egypt and seeing new constellations of stars. Eratosthenes, in the third century BC, became the first person to calculate the circumference of the Earth. Islamic scholars made further advanced measurements from about the 9th century AD onwards. But then, during the European dark ages, knowledge was lost and the flat earth theory became widely held until European navigators circled the Earth in the 16th century.

So ludicrous does the flat earth theory seem to us today, that we immediately have to stifle a mental chuckle when we think about the believers in a flat earth. But perhaps before we do, we should ask ourselves what constructs today do we take for granted that someone in the future would find similarly amusing? Before we do that in Part 3, we need to examine how humans' collective event horizons expand and evolve as new ideas are formed by a gifted individual and then are slowly integrated into the thoughts of the many. To better understand the Global Forecaster models for human behaviour I would suggest reading The Theory Of Human Collective systems as it pertains to Principle 6: The Horizon of Awareness and The Cascade of Change.

The total collective knowledge of any human society at any time represents a horizon of awareness. One that is then adopted almost in its entirety as the current reality by the 60% body of the human system (Principle 3). Within that accepted reality those that expound it are then free to live out their daily lives and to focus on maximising their productivity and outcomes within the collective construct.

However, those that comprise the Leaders of a human social system, contain individuals who are programmed to optimise anti-entropy by harnessing the opportunities provided by fluid situations and questioning discrepancies in the accepted reality. The process whereby a new realisation by the one cascades down to recognition by the many, which then modifies and expands the collective horizon, is often overlooked and poorly understood.

Next The Expanding Flat Earth Thinking Part 2; The Forces of Denial