Humanity and Fear 4.0 The Use of Overt Fear In Modern Britain 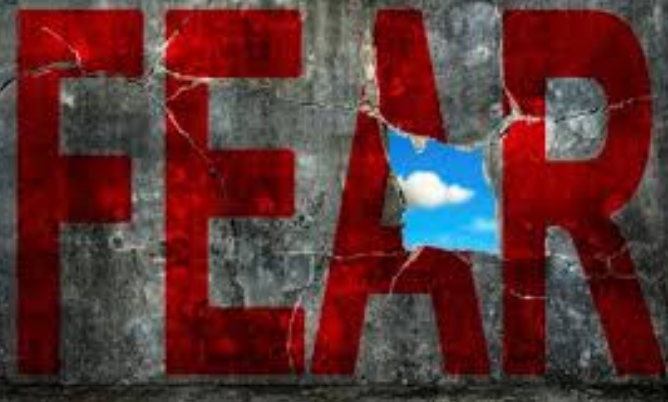 Although Britain personifies the liberalism of the Western value system, it has not been exempt from the use of fear to control its population's behaviours by its very own government. In this regard, there is a big difference between informing the public and scaring the bejesus out of it, to achieve a perceived collective behavioural pattern.

The first time we became aware of the use of fear to control behaviour in Britain was with the AIDS campaign in the winter of 1981 which included a TV ad with a large tombstone falling on the head of viewers, warning of sexual promiscuity leading to death by AIDS.

The next overt use of fear to affect public opinion was used by Tony Blair on 23rd September 2002 who used the threat of Iraqi missiles falling on Britain 45 minutes after launch, to justify joining the American coalition to invade Iraq. This was of course a complete fabrication as Iraqi missiles neither had the range nor the nuclear warheads required to damage the UK. Yet Blair's message of fear played a critical role in UK HMG policy justification of the invasion

Next came the 7/7 bombings on 7th July 2005 in London where 52 UK residents of 18 different nationalities were killed and more than 700 were injured in the attacks. It was the UK's deadliest terrorist incident since the 1988 bombing of Pan Am Flight 103 near Lockerbie, Scotland and England's deadliest since World War II as well as the country's first Islamist suicide attack. There is no doubt that this was, for the UK, an equal magnitude event as 9/11 was to America. The fear levels generated by the events and subsequent HMG policies created a decade-long national myopic focus on this singular terrorist threat, to the exclusion of perceiving the aggressive actions and threats of Putin's Russia and the rise of China. This example demonstrates the dangers of ramping up the fear factor that reduces awareness of other more substantial threats such as Russia and China.

However, the most overt example of the use of fear by HMG was during the Brexit campaigns, where a remain orientated UK government used fear of the unknown to try and persuade the population to remain in the UK, with many dire warnings of economic catastrophe emanating from the once neutral Bank Of  England and then very biased HM Treasury. The intensity of the campaign on a covert level was such that it is remarkable that a such high proportion of the British population had the courage to dare to vote leave. Demonstrating that under the circumstances where obvious overt fear is applied, a democratic population can and does have the collective resolve to defy that fear when there is sound reason to do so.

Yet covert fear is far more insidious and harder for a population to recognise and react to if it is induced covertly.

Next 5.0 The Use of Covert Fear In Britain During The Pandemic