Leadership Is To Serve Those You Lead 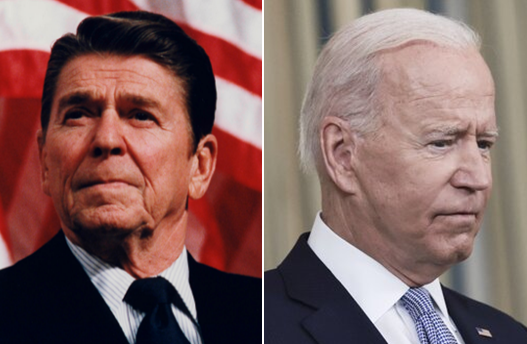 When hegemony falls into decline, so does the quality of its leaders. Without exception, the vacuum created ushers in a period of major conflict, as hegemonic challengers rise to fill the gap.

China is doing just that today, having stolen our IP and duping the West into building the very manufacturing bases that it is now turning on the West in its arms race. There is no cooperation or appeasement to be had with a CCP autocracy that seeks total domination of the world and the simultaneous eradication of global democracy. This is especially of concern when you consider the CCP’s proven track record of aggressive expansion, genocide and the systematic suppression of its own and all other populations that come under its control.

The only solution is to drive a ‘Confront China’ campaign that advocates for removing all Chinese influences from our sleepy Western society immediately by initiating Cold War 2.0, in the hope that we can still deter WW3 from unfolding in the next few years. But to do that, the West needs strong independent leadership.

We should all be great supporters of the men and women of our armed forces that put their lives on the line day after day to protect our democracies. However, not only do they deserve our respect, but they also deserve the best force structuring, equipment and leadership that will maximise their success and minimise their casualties in times of conflict. But, most of all, they deserve leaders who understand how to deter wars through strength. It is a quality that is alarmingly absent in America and Europe today, because they have forgotten the causes of previous wars.

To rectify this lamentable situation, our war dead not only need to be remembered, but we must go further and honour them, by striving to understand how the war in which they died started. So we can take those lessons and apply them today, to prevent the next war and they must especially be ingrained in the West’s political leadership.

To that end, we published on this website a sequence of ten articles called ‘Beyond Remembrance’. The last section, Beyond Remembrance: Part 10 – Wars As A Human Strategy To Combat Entropy, came out on the 11th hour of the 11th day of the 11th month. It highlighted that in 120 years there has not been one nation that went through the second phase of empire that did not go to war. This included America’s war expansion with Spain in 1898.

According to our Five Stages of Empire model, which has successfully predicted the path of China’s rise since 2002, China is today in late-stage expansion to empire, which is the most dynamic phase of them all. During which, expansion takes place at an exponential pace that inevitably surprises the incumbent hubristic hegemony (AKA America). During that period, China has demonstrated its aggression, driven by its 55% male population (i.e. some 55 million men over the normal 51%) manifesting levels of aggression that exceed any other previous nation in 120 years. Consequently, WW3 at the peak or before the next commodity cycle in 2025 seems all but inevitable (the last peaks being 1914 and 1975), unless America can galvanise itself into defensive action.

History clearly demonstrates that for a nation to be successful, leaders should serve the people they lead, as outlined by our Global Forecaster concept of iconic leadership. Notably, this has not been the case for over three terms in America, where the leaders have served themselves. With the wolves gathering at the gates, it is clear that America (and thus the democratic world) will not survive the impending CCP assault, whilst being led by a continuation of its string of anti-heroes for Presidents such as Obama, Trump and, currently, Biden who is incompetently supported by the second tier of Harris and Pelosi.

If Biden does serve the nation he now leads, he would look in the mirror each day and recognise that a man of his age and declining mental acuity should not be leading America at a time of such great peril. To not recognise his inability to lead effectively suggests that his fundamental motivation is to serve himself.

One thing is very clear – to survive, America will have to swiftly manifest a great leader who echoes the combined qualities of Lincoln, Washington, Grant, Roosevelt and Regan. As to how that takes place … we can only hope that democracy finds a way through public awareness and outcry, as it did in Britain in 1936 when public opinion drove the birth of RAF Fighter Command, which went on to save the nation in the Battle of Britain.

For more information on Western leadership, please read the following: