Merkel Part 1: The Architect of Disaster 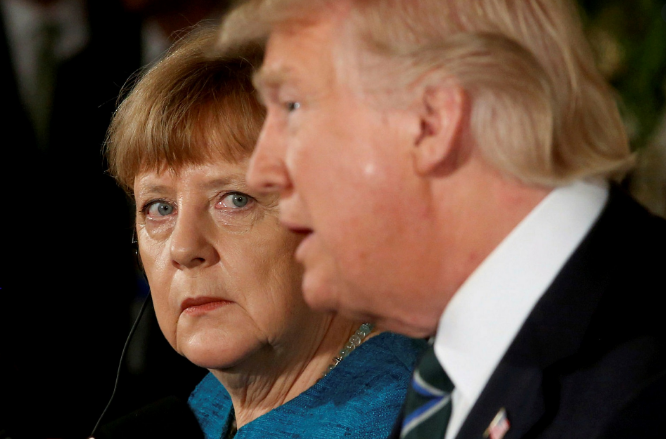 ​1.0 Merkel, The Architect of Disaster

This week Angela Merkel announced that she would be stepping down from the leadership of Germany after 16 years after the November 2021 elections. She was strangely dubbed The Lady of the World by the German population. A more accurate description could be The Empress of Europe. She has used the persona of a headmistress to force leaders of other nations into line. Her popularity amongst her 80 million fellow Germans was such that, in an unprecedented spontaneous collective action, the whole German nation stood on their balconies and clapped for six minutes.

With such euphoria and appreciation for her achievements, this seems the perfect time to review Merkel's term of leadership without rose coloured glasses. Within the context of  the position of Germany on the Five Phases of Empire curve. Merkel’s decision to step down whilst she was still perceived to be at the top of her game was, as I suspect history will judge, impeccable. Whilst she is attempting  to jump ship just before the German/EU train comes crashing off the rails, I suspect that by November the train crash will have happened. Whilst Clinton's term came to an end just before American decline set in, Merkel's will I suspect come to an end, just after the reality of decline has become apparent to everyone as the pandemics entropy takes its toll.This is because Merkel’s leadership occupied a very similar section of the Five Phase Empire Cycle as Clinton’s for America. Both led during a time of relative security that promoted hubris and overextension that hastened the path into national decline.

On the personal side, unlike Bill Clinton there is no doubt Merkel served the German people she led in all of her actions and decisions. She exemplified a leader who served the people. She operated by the highest moral standards, placing her above reproach. In eighteen years of her leadership there were no transgressions recorded against her. Her origins were humble in East Germany, where she was educated as a chemical physicist. This is notable in itself as Merkel provides another fine example of a modern leader educated in the sciences (another being Thatcher). This is because the logical thought processes that discipline engenders are vital in politics. What truly separates Merkel from the majority of national leaders is that she remained humble to the end, not tempted by fashion, vanity or the trappings of wealth. She chose to live in a normal apartment like any other citizen to this day.

Merkel’s intentions were no doubt pure. To that end, her abilities as a tactical politician were excellent, as exemplified by her ability to hold her coalition together since 2017. However, her strategic grasp of the world and the web she subsequently wove was questionable. Decisions that have shaped both Germany and the EU’s future, and laid the foundations for the decline of both Germany and the EU, were taken by her. Despite Merkel's impressive personal qualities, as I will explain, her real legacy will reflect many flawed decisions that have set the scene for Germany's decline.  For these mistakes subsequent leaders, rather than herself, might be blamed in a similar scenario to Clinton and his failure to counter Al-Qaeda effectively. Such that 9/11 should not have happened. But which then reflected poorly on Bush Juniors change of national strategic direction.

The legacy of The Empress of Europe is an accelerated decline of Germany and the EU. Because the EU is now a moribund social system, that equates to a failed empire which is about to finally succumb to the entropy of the pandemic. Her other lasting negative legacy was to be party along with Obama, of pushing  Russia into the arms of China, after the Western intelligence services catalysed the Ukraine revolution. A strategic blunder of mega proportions, that will only be undone by a successful Russian revolution that deposes Putin. A revolution that Global Forecaster has been predicting since March 2020 due to the prior impact of a negative commodity cycle reaching a low point, coupled with the pandemics impact on the poverty levels in Russia today. One that has a significant chance of being successful in the days/weeks and months ahead.

Ironically, I would argue that Merkel’s greatest positive legacy was her part in catalysing Brexit. This allowed Britain to emerge as a sovereign democratic nation around which a new European order could coalesce after the demise of the EU.