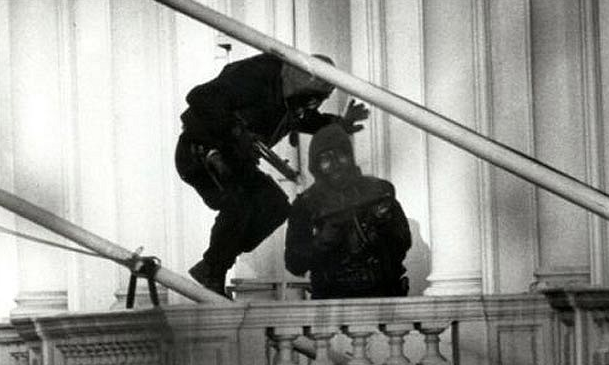 2.1 A Critical Point In Britain's History

The 2015 Strategic Defence Review was disastrous from the moment it was published. I considered it so damaging that I published my own views in A New Model For Britain's Defence Forces just a few months later. In it, I correctly anticipated today's threat environment as well as the trends in new weapons and forces deployed by Russia and China. On top of this, I gave my opinion on how best to structure the UK's forces to defend Britain's interests. Five years on, it feels like groundhog day concerning the government's lukewarm approach to defence. This is despite the changes in the global geopolitical threat landscape. Now, the 2020 review is without doubt the most important defence review in decades. I fear it will decide the very survival of this island nation.

2.2 The Scope Of The Review

Today, the Integrated Review of Security, Defence, Development and Foreign Policy is known as the Integrated Review. It differs from previous reviews as it will start from the top down with a foreign policy review rather than from the bottom up as in the past. Boris summarised the reviews' laudable objectives as follows:

2.3  Concerns For The Outcome Of This Review

However, the 2020 review comes after two decades of cutting our military capability to the point of ineffectiveness. Simultaneously, we face the greatest military threat since the Cold War (these threats from both China and Russia have been copiously detailed in previous Murrinations). The consequence is that just as Britain is stepping out into the world once more as an independent maritime nation, it is facing significant global threats to it's supply lines, homeland and democratic values. If these threats continue to grow at their current rate they will inevitably threaten the nation's very integrity and continuance.

Much as this review appears to be different on the surface, I fear along with many observers that the outcome will be the same because our political leaders fail to appreciate:

Meanwhile, the defence Chiefs of Staff are acting out the same game plan as they have in past reviews hoping for a different outcome. The outcome will only change once they understand the losing game that they have been playing for two decades. It is one based on the MOD creating a budget that drives each service to fight one another for money for their favourite program. The net result is that the loser is Britain, the nation the Chiefs are meant to be protecting. The situation is very similar to the Chin nation (as Northern China was once known) encouraging the Mongol tribes to fight each other. The arrival of Genghis Khan changed all of that as he united the tribes under a common cause and then subjugated the Chin. There is a lesson to be learned in that.

The only option is for the Chiefs of Staff to do what they are supposed to do, to stop thinking politically and start thinking strategically. Recognising the increasingly severe threat that Britain faces, they must do the only thing open to them by adopting a bold strategy, one that proposes to amalgamate all the services into a common defence force much like the US Marine Corps. At that moment the politicians would know just how concerned the Chiefs of Staff are and that their demands for higher levels of spending were not just posturing. As part of a Quid quo pro they could demand a streamlining of the MOD which would better support the new UK Defence Force. This would align them with Cummings who has correctly identified that the MODs procurement process requires a fundamental shift in mindset to become cost-effective. At the same time the design to production time must be shortened significantly to move inside the weapons innovation cycles that are now present in China and Russia’s weapon development program.

2.5  The Unification Of The Three Services Into A UK Defence Force

A unified defence force is now a strategic imperative as next generation complex weapons systems are now becoming more common in all theatres of war. As such, the sharing commonality of combat systems much like the CAMM (Common Anti-Air Modular Missile) missile family program would have enormous cost and deployment benefits. As the arms race heats up and new weapons are coming online regularly, this would be a huge opportunity to develop new and effective capabilities that can then be sold on to our new trading partners and allies around the world.

Sadly, much as the logic is clear the reality is that inter-service rivalry will undermine any such combined response by the Chiefs of Staff. They will make some noises and once more become complicit in the failure to effectively defend Britain. However, that does not detract from what Global Forecaster should be doing in leading the thought process in the right direction. This 2020 Global Forecaster Security review is written in the hope that new right-brained thought processes will rise to the fore in government and see the logic of the following arguments.

In a world of increasing threats from China and Russia, the growth of the UK's defence forces and capabilities will give Britain both increased national security and the potential to build a stronger economy through strengthened trade relationships with other democratic nations across the globe.