Obama's Iran deal; the road to hell is paved with good intentions 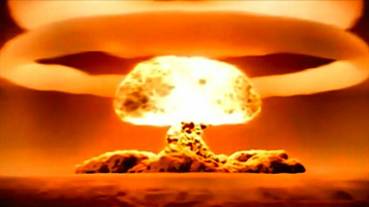 Whilst Obama's pivot to Asia and strengthened alliance with Japan should be considered as both wise and a geopolitical necessity, the US President has during the past year made two appalling blunders that have potentially disastrous consequences. The first was his intervention in Ukraine which resulted in pushing Russia into the arms of China. The second has been his determination to pursue a nuclear deal with Iran. A deal that preserves Iran’s ability to at short notice deploy nuclear weapons. Whilst these talks have been proceeding, It has been clear for years that the risk of allowing the Iranians (population of 80M) to develop nuclear weapons would force the Saudis (population of 20M) to call in their nuclear card with Pakistan. That nuclear insurance card was based on Saudi’s funding Pakistan’s nuclear weapons program, giving the Saudis instant call on nuclear weapons technology. We must now assume that the Saudis will call in that card and become a nuclear power imminently. Why?

1. Because the Saudi/US relationship is at the lowest ebb for decades.

2. Because the Middle East is going through a regional civil war which has militarised the region.

3. Because the new Saudi leadership has become more hard-line.

4. Because the Iranians ran rings around the Americans during the negotiations and have both removed sanctions and kept their nuclear program a step away from manifestation.

With the Saudis imminently joining the Nuclear Club we can assume that Turkey will be forced to follow suit. Thus, the war-torn region will soon have four nuclear powers. In BTCH we argued that there were very specific reasons why the cold war did not go hot, and sadly none of those inhibiting factors currently exists in the Middle East, which is a terrifying realisation.

It is difficult to reconcile that Obama who accepted the Noble Peace Prize at the start of his term is responsible for catalysing nuclear proliferation in a region torn apart by war. But there again, the road to hell is paved with good intentions.