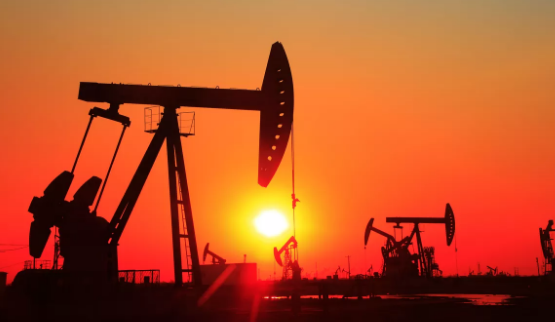 The sun is setting on the oil sector as we know it. Yesterday oil hit our $27 target after what the press has described as an oil war between Russia and Saudi Arabia. I described and predicted this impending collapse of the oil sector in my January Murrination The Impending Collapse of The Oil and Gas Sector. So what next? To answer that question allow me to start with the origins of oils importance.

In 1904, HMS Spiteful became the first warship to be powered solely using fuel oil rather than coal. Oil produced more energy per KG than coal so that it could power bigger ships, faster for longer and refuelling became a much easier process. By 1906 this new more powerful propulsive system had become reliable enough to be included in the game changing HMS Dreadnought, launched at Portsmouth, which started a global navel arms race. From that point onwards, oil became a geo-strategic resource and the desolate deserts of the middle east became a critical component in geopolitics of the British and American maritime empires.

America in the  Obama years, sought through the development of a fracking based oil economy, to become the worlds biggest producer. Most importantly this would  then reduce its dependence on Middle Eastern oil, and need for American military intervention in the region, allowing US forces to pull out of Iraq. However, this plan had a glaring flaw. That shale oil had a break even between $40 and $45. So all would be fine above that price, but no one considered  what would happen below that price.

I have argued that over the past two years, due to strategic hegemonic competition between America and China coming to a head, Trump initiated the Trade War to try and hold back China's growth. However, in doing so he inevitably bifurcated the worlds global trading system into an American and Chinese centric system. That deficit reduced the  revenue capture potential of the American dollarized empire, at a time when its inefficiencies made it very susceptible to only marginal reductions. This susceptibility came as an empire in maturity, that had been forced to use excessive debt leverage to maintain appearances, appeared still the economic hegemony.

The net effect of the Trade War has been to inevitably weaken global demand at a time when the commodity cycle was due to make a major low in 2020. Hence our call on oil reaching levels sub $27 and staying there for longer than anyone expects. The spread of the Wuhan Virus only multiplies the deflationary forces on the oil price.

What outcomes should we expect to see next?

1.      The first outcome of this price collapse is the total disintegration of the US fracking oil production business. In our Arkent market Analysis, we have been targeting shorts on midsize oil companies with high debt burdens and falling revenues and have seen drops of 50% to 90% in a very successful trading strategy. However, this has wider implications as the very large scale of the debt in the CLO market in the oil sector, will trigger a cascade of credit default in the wider economy that will only accelerate the next chapter of the meltdown with a credit crisis. This ongoing oil price decline will continue and expand to major price collapses in all of the worlds large oil companies.

2.      That America will be forced back into the Middle East to secure its oil supplies and dependence on Saudi Arabia and/or another more stable supplier such as Algeria. This has numerous implications such as: I would anticipate that American involvement in Libya is about to take on a new and urgent significance. America will take a more proactive stance to remove Russian influence in the Middle East, and increase its efforts to catalyse regime change in Iran that is pro western so that it can once more buy its oil.

3.      That all the hydrocarbon based economies will face dire economic duress and potential social revolution. Especially if they are kleptocracy's and hierarchical. This naturally describes both Saudi Arabia and Russia and is the driver behind this so call oil war. In truth, the price of oil was inevitably going to fall to $27 with the global economic contraction accelerated by the Wuhan virus. So the only option left to low cost oil producers with the ability to increase their rate of production, is to compensate for the loss of revenue through price reduction by doubling productions rates. This has the added advantage of killing off the highest price producers and increasing the market share and thus geopolitical influence of the supplier. In effect making a positive out of a bad situation. Both Russia and the Saudis are now committed to this strategy, but in so doing they are fighting each other for market share so the price decline will continue to levels below $20. Then when they get there, it will be at a time when the effects of the Wuhan Virus is slowing down the global  economy and demand will have shrunk further. A very vicious cycle indeed. The added dimension is that the Saudis want to remove the Russians from their back door in the middle east.  At the same time, the Russians want to occupy the space to inhibit the Americans from returning to secure cheap oil.

4.      The problem with the Russian and Saudi strategy, is that the fiscal break evens for both counties are estimated at $80 for Saudi Arabia and $45 for Russia. Notably the Saudis can produce a barrel of oil for less than $3, whilst the Russians average about $20. However, the kleptocracy and bloated government spending, mean that both nations will undergo serious pain. Both will have underestimated the duration through which they will have to endure the consequences of reduced national revenues. Both will seek to use debt to survive at a time when we are about to see a global debt crisis. Thus the key component as to who will win will be the ability of Putin and MBS to remain in power. Both are increasingly vulnerable at this time to social unrest and revolution and the biggest risk is that Putin especially seeks an existential  war to divert attention from his peoples suffering.Potential  Russian Trough War Flash Points 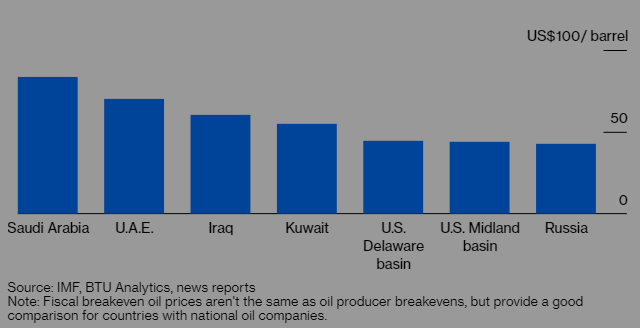 5.      We should expect to see devaluations of both the  Russian and Saudi currencies due to the revenue decline of both nations. However this will be exacerbated by both governments desire to accelerate their  currency decline as the sell oil in dollars so this will artificially increase their local currency earning. The problem will be that any domestic solar debt will become increasingly onerous to the point of default, both nationally and within local companies.

6.      Our oil price outlook is that we will fall from the current $35/34 region in a series of steps to the $23-$19 zone and will stay there for many months, such that both time and price will destroy most of the current oil producers. Then when no one ever thinks that oil can go up (probably in 2021) it will once again do so and start the next great inflation price cycle into the 2027-28 peak. Thus is trough should be when consumer nations look forward to securing cheap and accessible oil for the next decade. 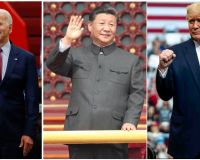 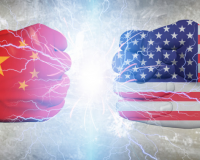 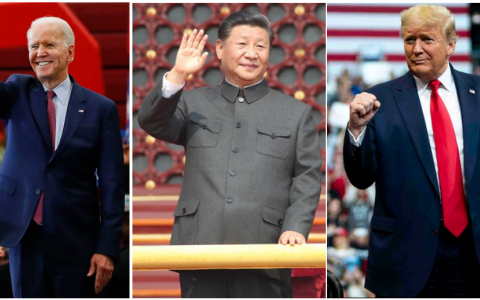