Russian Submarine Tactics Should Be Ringing Alarm Bells Across The UK

On 26th October 2006, the USS Kitty Hawk was undergoing fleet exercises near Okinawa, Japan, surrounded by her were the screen of destroyers and cruisers who were tasked with keeping the skies and seas around it clear of enemy planes, ships, and submarines. However, they failed dramatically, as a conventionally powered Song-class Chinese submarine breached the surface within five miles of the carrier, well within strike range. At the time we concluded that the once-highly capable anti-submarine warfare skills of the US Navy demonstrated in the Cold War had atrophied. But, most importantly, we noted this incident as a demonstration of the PLAN’s intentions to challenge and surpass America’s dominance of the oceans – a power shift that has since come to pass in the regions around the South China Sea. 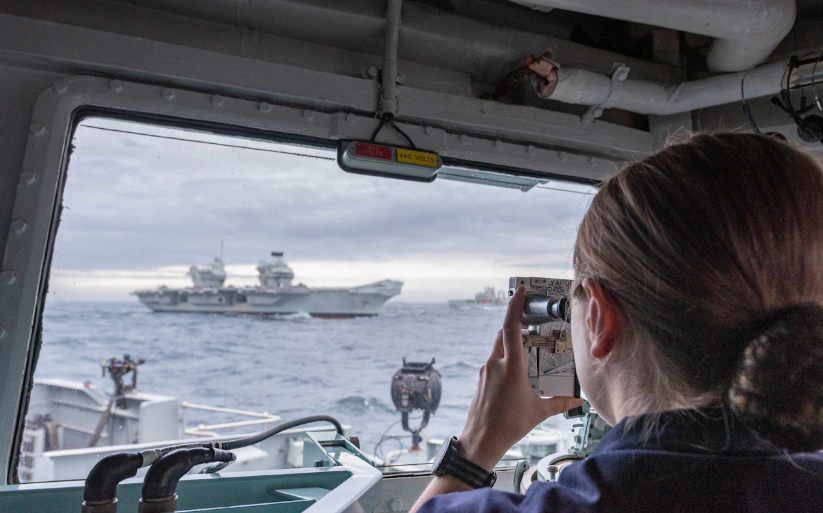 HMS Queen Elizabeth and her sister ship are the pride of the Royal Navy and indeed represent the aspirations of Global Britain. As such, they were always a prime target for Russia submarines, so we should not be surprised at their attention. However, the announcement of a Russian submarine, which was probably a Yasen class being the newest of Russian SSNs, carrying off the towed array sonar from the ASW Type 23 frigate HMS Northumberland. should be ringing alarm bells across the UK. This, coming on the tail of an incident where a Russian Kilo-class submarine took up residence in the Irish sea and had to be encouraged to vacate the area using over 200 practice depth charges.

However, it is clear that HMS Queen Elizabeth has not been protected by enough Type 23s and Astutes to ensure its safety, as we just do not have enough warships in our fleet today. This has handed the Russians a frightening tactical advantage, that will leave an ongoing mark on the minds of RN senior officers in the Admiralty. It is a a potential situation that has strong reminiscences of the story of HMS Hood, which was the nation’s pride pre-WW2, despite not being a state-of-the-art warship before she was sunk by the Bismarck in the Denmark straights.

The UK’S Maritime Defences Are Being Overwhelmed

Whilst the USS Kitty Hawk Incident warned of PLAN intentions, similarly these Russian submarine incidents are a clear sign of Putin's aggressive intent and a failure in the capability of the Royal Navy whose admirals have, unlike their two other sister arms, fought skilfully and valiantly to minimise the impact of the UK government's collective stupidity over a decade. It is a product of national self-emasculation that is a direct consequence of three defence reviews (2010, 2015 and 2020), that have through successively irresponsible defence cuts destroyed Britain's ability to defend its shores.

Today, the Royal Navy faces a Russian submarine fleet that continues to expound the war-fighting tactic of three battles of the Atlantic, the hot wars with Germany in WW1 and WW2, and the cold struggle with the USSR. The battles for the domination of the North Atlantic, that were designed to preclude its access by the Western ships, starved it into submission and prevented American reinforcements in reaching Europe in a time of conflict.

At the end of the Cold War, Russian submarine technology had to some degree closed the critical technology gap with its enemies, specifically concerning the quietness of its new SSN attack submarines. It was a technology race that culminated in a famous incident when a squadron of the Soviet Alukas, their most modern SSN, managed to evade detection and escape unimpeded into the Atlantic to range freely. This success ceded the fourth Battle for the Atlantic, which is now in full swing. Once Putin got into power, despite the economic crisis in Russia, funding continued to flow into the development of Russian submarine technology and the growth of that force. This rapidly closed the technological gap with the UK and United States, who, whilst they remain world leaders in this domain with the arrival of the Russian Yasen SSNs (shown in the top picture) into service along with super-quiet SSK Kilos, have become very much harder to hunt. Thus, the closure of the undersea technology gap combined with the number of Russian boats is now saturating the UK defences, emboldening Putin as he demonstrates that he can hold nearly all UK and NATO maritime forces at risk. 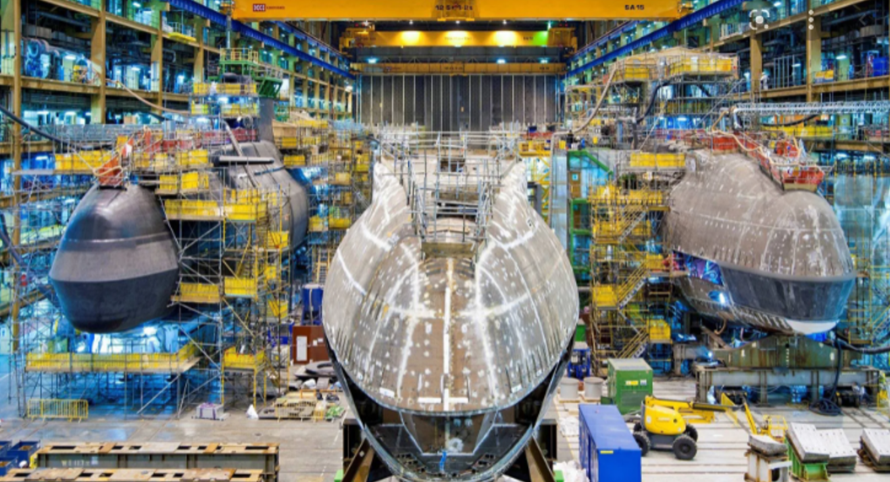 We have been calling for an increased UK defence expenditure to at least 5% for the last seven years, to compensate for the dereliction of our defence forces and to keep pace with Russia and China military expansion. First, in our A New Model For Britain's Defence Forces that went unheeded, and then in our 2020 defence review Now Or Never, which was designed to shape UK policy in the 2020 review.

With the disclosure of the Northumberland Submarine incident, the evidence should now be clear to all, that the UK is in clear and present danger and needs to act quickly with a wartime emergency shipbuilding programme for delivery in 2025, in just three years. (Read Global Britain Needs An Emergency Warship-Building Programme and Upscale Warship Building Programme Is Needed To Safeguard Global Britain.) However, as well as more ships, we need to win the subsea technology war, especially with regard to quantum gravimetric sensors, which could potentially expose any super-quiet submarine. Additionally, the RN carriers should be continuously deploying fleets of sub-hunting drones, as described in Red Lightning.

What is for certain is that our successive prime ministers and their governments have all been stupendously blind to the dangers ahead, so it will be up to the public to demand urgent action. However, as we described in Now Or Never, we need to act decisively as the sands in the hour glass have now run out.

With the urgency  to mobilise the nations defences, this cartoon in the Telegraph today  is really not very helpful, as it attempts to make light of the most grievous threat that Britain has faced since the successful conclusion of the  Falklands War. When the nations bold actions persuaded the Soviets leadership that an invasion of Europe could never be successful when faced with such demonstrable intent  by Thatcher, coupled with  the possession of nuclear weapons.In so doing it deescalated the risk of WW3 with the USSR when it went into economic collapse.Hense its choice as a  location in time. 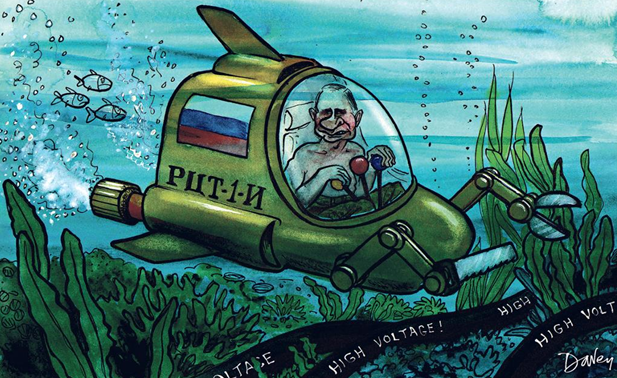 In the meantime, it should be no surprise, with Russian submarine dominance holding the UK and NATO at risk behind their front lines, that Putin feels so emboldened to make impossible demands that will almost inevitably result in the invasion of Ukraine. 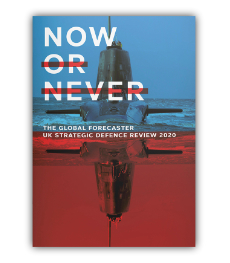 08 January 2022 In the depths of our oceans, how submarines make political waves