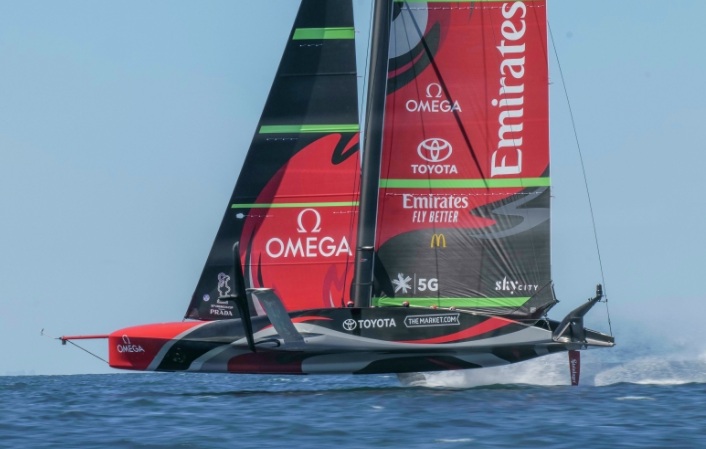 Global forecaster makes predictions that have a high track record of success, but when we get it wrong we like to admit it, so we can learn from those mistakes. So here it comes, we were wrong in our prediction as to INEOS winning the cup. So what can we learn from that failed prediction? Our thesis of detection of the rising national energy of nations is based on sporting success in the Olympic gold medal tables. This works well with a range of sports that benefit from large nation cash inputs and even playing fields of competition. Britain's national lottery funding of Olympic teams initiated by the then Prime minister John Major has been an astounding success and signaled Britain's expanding national energy and the outcome of the Brexit process.

However, unlike the Olympic Games, America's Cup is the most uneven sporting playing field in the world. A competition where the defender of the Cup makes up the rules for the next cup, which are belatedly agreed by the challenger of record in the protocol. Thus when a new design such as the foiling 75 ft monohulls used in this cup was announced by Team NZ. They immediately had a head start over the Italians who were the challenger of record.  Whilst the other challengers were all  12 months behind the design curve desperately trying to catch up. Team INEOS was in just such a position. From which it made some key design errors relating to the foils, that without the planned racing in the year before the AC could not be corrected. Because key racing events had to be canceled due to the pandemic, they did not have a chance to learn from their initial design errors. The result was they brought a slow boat in light Airs to the party. An Achilles heel from which they could never recover. Especially in the winds that stayed light through most of the racing.

However, national energy is about resilience to failure, and the ability and pick oneself up again to achieve national goals, coupled with the innovation to learn from failures to enhance the chances of success. The expansion of empires demonstrates just such relentless energy that in the end usually gains its objectives. In that regard Team, INEOS is demonstrating just such characteristics. Managing through political means to become the challenger of record at the moment team NZ won the cup. This means that although team NZ will have an advantage, team INEOS will be challenging on a far less uneven playing field than in their past two attempts, having helped create the protocol for the challenge. In their statement Emirates Team, New Zealand outlined some initial  protocol  details for the 37th Cup, as follows

As such, I predict the team INEOS will bring home the America's Cup, this time or the next (AC38), and that they will not stop until they succeed. A true representation of the high levels of national energy manifesting across The New Global Britain.