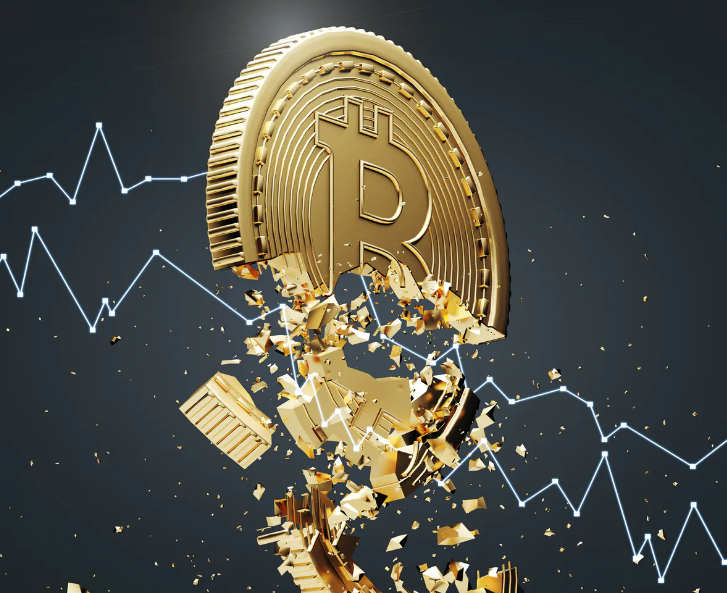 Following our prediction early this week that the Bubble of All Things had burst Arkent Scenario-The Bursting Of The Bubble Of All Things, we decided to take a closer look at cryptocurrencies and examine the evidence for their demise.

Over the  years many people have asked me what I think about cryptocurrencies. Are they here to stay? My answer has been that as a secure financial asset they will only survive for a limited time; quantum computing will inevitably break the blockchain. However, before that their greatest practical application was for the illicit transfer of money around the globe, away from the prying eyes of the central banks and governments. They were also perceived to be a replacement safe haven for gold and the dollar in a world where American Hegemony was in decline. Notably, in the past few weeks we have seen government officials become aware of the illicit nature of bitcoin as it has reached its recent dizzying heights. This is a sure sign that a major high was taking place. With serendipitous timing on Monday, just after the weekend high, my 15 year old son asked me how bitcoins were made and we discussed the lunacy of the energy requirements of bitcoin mining. In a world seeking to become carbon neutral, this has to be the greatest weakness of any cryptocurrency and no doubt its ultimate undoing.

So, the big question is; has this just happened in bitcoin this week? Our market analysis that had been long all the way up from 6000 called a high over last weekend just under 58,500. The signal was so strong that we reversed the trade and went 100% short with the first target of 30,000. For more details see our  Market Analysis.

To remind ourselves of what a bubble looks like in terms of collective psychology, this chart below is excellent as its shows the main stages of a bubble  accurately. What is notable is the psychology of the peak (exemplified by greed, delusion and the loud declarations of a new bitcoin paradigm) has been in evidence for the past few months.

Elon Musk,  himself is the poster child of the Bubble of All Things, became victim to the one in bitcoin when he claimed bitcoin was the new paradigm, just at the highs! I suspect that, just like Bitcoin, Elon's financial fortune is now about to rapidly decline as Tesla is ahead of bitcoin in the bubble-bursting cycle. We should not be shocked to see a return of Tesla back at 30,000, and in all probability much lower, over the next six months. 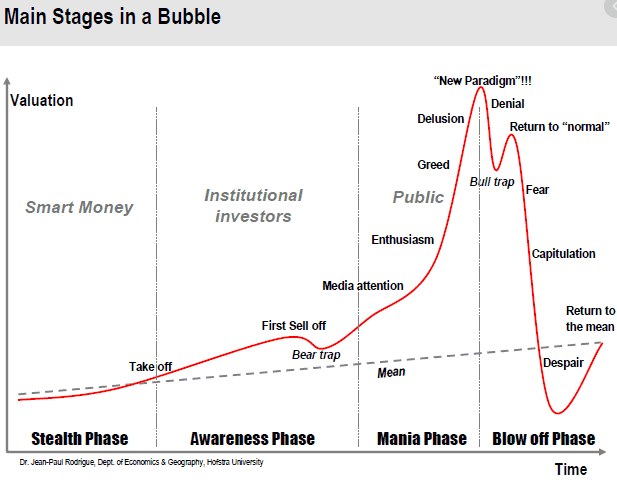 Taking the evidence of the charts of various cryptocurrencies, coupled with an expected dollar oversold correction (especially against GBP), we conclude that we are now definitely into the bear phase of the cryptocurrency story with desperate bulls trying to buy dips to continue with a trading habit that, until now, has worked in an attempt to improve their shrinking P/L. Next will come the fear and despair of retail investors who have been sucked in. For those in denial, do not worry. Although you are part of the collective emotional cycle,  remember to detach your long positions from your emotional attachment to bitcoin which has been driven by the dynamics of your lower brain stem, not your higher brains functions!

It is always useful to remind oneself of all the bubbles that have passed before and just how regularly human patterns repeat themselves. These bubbles tend to begin and go on for some time with the conviction that the participants are involved in something new and shiny, that this time it will be different and last forever! Now is the time to remind ourselves of all the bubbles gone before and  all the investors who were late to the party who then suffered the ensuing decline. 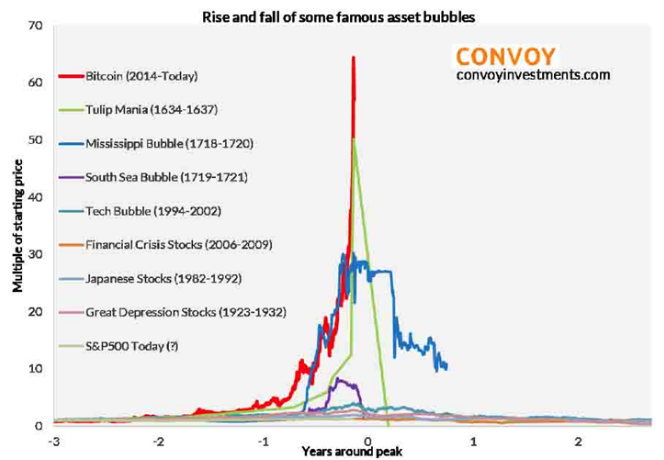