The Crisis of the Western Financial System 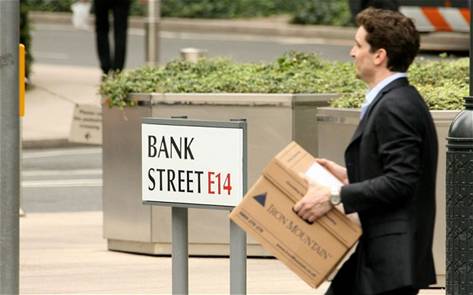 When considering the history of mankind and the inventions that have propelled us to advance our societies, the concept of finance and money is rarely mentioned. It is one of the essential building blocks of all complex societies, the very oil for the engine of human endeavour.
• Without it and the associated legal structures that enable money to flow, business risk could not be transferred and distributed through insurance.
• Investment in ground-breaking enterprises could not pass from the wealthy to the aspiring which would then,if successful, enrich society.
• Safety nets could not be structured against natural distress by using past and future savings to rebuild.
• Without investment to encourage risk-takers to push the boundaries technology could never have advanced as it has, or will continue to do so.

Effective and complex financial networks not only enable growth and sustainability of organisations and empires, but enable them to survive shocks, smoothing out the unpredictability of human existence, and provide a high degree of control over our naturally tempestuous environment. However financial organisations are imperfect orders, created and operated by man's minds which are governed by collective and unconscious behavioural patterns that display herding and exaggerations or extremes during investment cycles. When these combine with frameworks and empires in long term economic decline as they did in 2008, the effects feed back negatively into the global financial fabric inhibiting subsequent growth.

This has been the case in the West where post-2008 central banks have tended to print money rather than act in the healthy primary function of encouraging entrepreneurship in the banks and fields they regulate and encouraging new businesses that will advance the societies they serve.
The apparent ambition of the EU to curtail the prominence of the powerful banking institutions of the City of London is another case in point, motivated by continental jealousy and the hope of driving such business into their own arms. By pursuing such a policy so vigorously they seem bent on destroying a cornerstone of the western world's financial power that may well have the counterproductive effect of forcing these institutions to relocate in the Far East.

The current culture of 'hate-status' towards bankers, having been made the scapegoats for the West's decline by politicians, is the most massive own goal for society. With the failure of the western banking mechanism and the collapse of corporate finance departments it will fall to the business world to offer alternative processes to facilitate the flow of capital and the growth of our economies. Institutions with financial resources such as multinational corporations, hedge funds and insurance companies might well move into the vacuum, whilst new capital funding solutions are critically required if the West is to hold its head above water and maintain some semblance of real growth.