The Dawn Of A New Global Britain 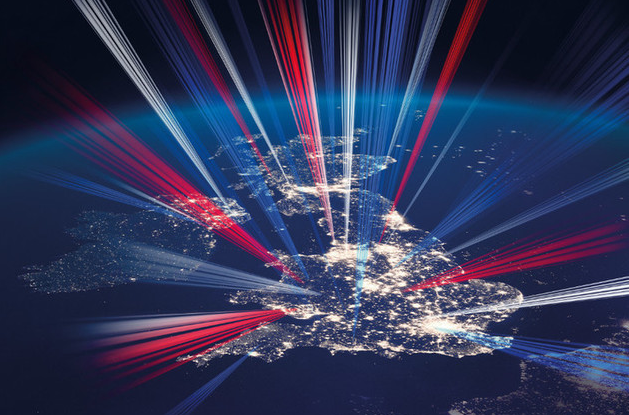 The trade deal with the UK and EU is a remarkable achievement for the Boris-Frost duo. Despite the Draconian and punitive negotiating stance employed by Barnier, they were prepared to accept a no deal if necessary. This forced the EU to meet the UK on equal and fair terms. Though some may say this deal is not perfect, anyone familiar with negotiating will realise this deal is beneficial for both sides by any measure. This is especially true during the pandemic when there are already major interruptions to international trade.

Many sceptics often joke about Boris’ inability to deliver with Brexit. Well, he has spectacularly. In accomplishing this he has earned himself an enduring place as one of the heroes of a new Global Britain. On New Year's Eve 2021, Britain re-enters the world stage as a nation that has reaffirmed the power of its democracy through what was an exceptionally challenging internal constitutional process and the tough external process of negotiation with the EU.  Having achieved  this through a resolute negotiation strategy with the EU, Britain has reaffirmed its own ability to carve a new path in the world in its return to a global maritime power that has become known as Global Britain.

The next significant step in the Brexit process will be  a trade deal with America . This may yet be agreed with Trump as his parting shot against the Biden administration. Otherwise, following January 20th Biden’s anti-UK bias coupled with the inevitable shift in the special relationship as Britain's power grows may delay a trade agreement. Meanwhile, the redoubtable Elizabeth Truss and her UK Department of Trade will no doubt soon add to their impressive 60+ trade agreements in 2021.

The ever-strengthening position of the UK will be vital in Boris’ next major political battle to keep Scotland in the Union and reverse the path of devolution. Indeed, the positive nature of the EU trade deal will minimise the SNPs arguments around leaving the EU and its detrimental effects on the Scottish economy. As such, despite the opinion polls suggesting that the majority are in favour of Scottish independence, I would argue that based on the principles outlined in Breaking the Code of History the chances of a dependent Scotland leaving its sugar daddy are smaller than current perceived. However, this prognosis assumes Boris can run a positive campaign that highlights the economic inviability of an independent Scotland. The Battle For Scotland

Most critically, the challenges ahead are in the form of managing the pandemic more effectively and recovering from the economic damage. In my next Murrination I will argue this means Britain needs to develop a more comprehensive grand strategy to achieve this as swiftly as possible. The pandemic challenge must coincidently be followed in short order with a comprehensive strategy of halting of Sino-Russian aggression and expansion.

On a sporting note, an area that correlates to national energy, we can only hope the spirit and energy that allowed  Boris to pull off the impossible with Brexit  is rampant amongst the UK’s Americas Cup team INEOS. They are working some serious design magic on their foiling race yacht Britannia, which in its first world series appearance just before Christmas was outclassed by the other three competitors (as May was by the EU)!

Up for grabs is the America's Cup, lost to Britain since the first race around the Isle of Wight in 1851. A cup that if returned to the UK on the year the nation returned to it global maritime heritage would be prophetic and inspirational indeed, on a par with the South African Rugby World Cup win of 1995.