The Deflation Shock: Part I The forces at work 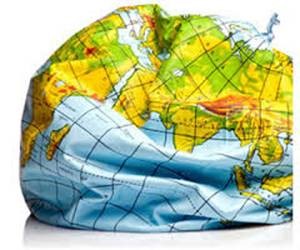 We have for quite a while now been predicting a sharp period of deflation from 2015 to as late as 2018. This prediction has been based on the Kondratieff cycles’ second phase which corrects the first impulsive stage of commodity inflation. We maintain our view, despite the assurances of various central banks that this is only a short term dip. Indeed, the ongoing decline in global commodity prices suggests that these deflationary dynamics will not only continue , but also accelerate in the next 12 to 18 months. One of the interesting questions about the Kondratieff cycle is that its price history has until the past decade been based on the cycle of the Super Western Christian Empires as these were the dominant industrial powers across the globe during the past two centuries. With the current dip in Chinese demand, we are now able to confirm that the rising Super Asian Empire has phased its commodity demand cycle with that of the West.

Why you ask? Because this deflationary cycle has to a large extend been driven by the loss of demand within the Chinese economy. As such, we should expect to see that loss of Chinese demand continue for the next 12 to 18 months and the Chinese authorities wrestle with increasing economic dislocation.

Deflation driven by loss of global demand like this is not something that is easy to combat as the Chinese are now realising. For commodity prices to be where they are now, it is clear that the world as lead by China is suffering a slump in demand which suggests that ecominc growth is much lower than the world’s stock markets are trying to reflect. This suggests that an imminent and very large asset reprising will take place in the months ahead. My concern is that this event will represent a global financial shock of greater magnitude than 2008 and possible of a similar magnitude as 1929. Why being so bearish you ask? Well, the Western Central Banks had financial levers to contain the shock of 2008, which are now no longer available, so the impact will be much greater. Indeed, the use of the printing presses in what we know as QE has inflated stock and asset prices to completely unrealistic levels, and the gap below to reality is probably greater than ever before. Hence, we should expect not only very deep price drops, but moves that are very powerful.

In part 2 tomorrow we will look at the specific impact of this deflationary shock on markets.