The Demise of a Democratic Hong Kong 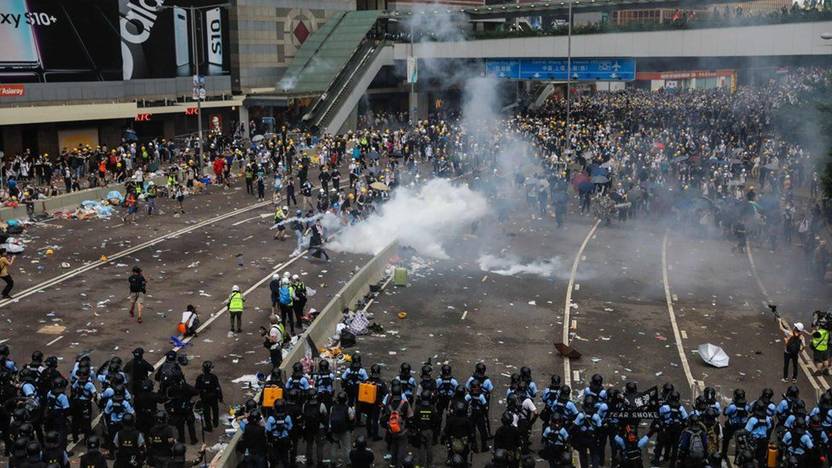 During the height of the British Empire, when the Royal Navy forced China into submission during the First Opium war, one of the outcomes was that Hong Kong became a British Colony with its key gateway into the mainland. To China, Hong Kong’s Surrender was a great humiliation and one that was only partially reversed with its return to China in 1997. The handover agreement made HK into a special administrative region, maintaining separate governing and economic systems from those of mainland China. Whilst Britain guaranteed to its population that it would ensure that the province remained democratic.

Whilst the mainland Chinese could be described as collective in national behavioural traits, accepting the hierarchal leadership of Xi as a natural extension of Chinese history. Hong Kong has been exposed to western democracy and concepts of individuality through at least 5 generations. As such their values are best associated with those of the liberal west and individuality and self-expression.

For followers of Applying The Code of History,  it should be no surprise that as China has transformed relentlessly and rapidly under Xi, into an authoritarian regime, it has sought to extend its control into HK. Naturally, the 7.5m inhabitants have reacted, as any western population would, to such measures and the result is a head to head civil uprising that will only end one way. With the removal of HKs unique status and the expression of the individual so essential to the western model. This erosion has been taking place gradually and for some time. The inevitable nature of the outcome has forced the population to react the only way available to them with civil unrest - although the crushing of Hong Kongs spirit is sadly inevitable one way or the other.

For those who doubt this outcome, they should be reminded of the fate of the Xinjiang Uyghur Autonomous Region of the People's Republic of China, that contains some 11.3m Muslims of Turkic ethnic origin. This region has been suppressed on a massive scale and it is said that some 1m of the population are being re-educated in-state camps which seem remarkably and terrifyingly similar to the Nazis concentration camps of the 1930s.

The Chinese PR machine has responded to the riots by blaming the West and specifically America and Britain for fanning the flames of disorder in HK, rather than recognizing that it has been instigated in response to its own actions. This is in sharp contrast to the HK police who see no evidence of HK agitation. However, it is clear that they are setting to intervene and that the population of China, having been fed state information, will support such an intervention.

So what can Britain and America do to limit the damage? Firstly to be clear HK sits in China's sphere of influence so no direct western intervention could or would ever take place. For Britain to decide to engage it would first have to get off the fence and relinquish its hope of building a post Brexit trading relationship with China. Essentially Britain should recognize that the two nations values of democracy and authoritarian are incompatible and that we should at least stand behind our ex province and ensure that whatever suppression takes space is exposed to the world. Most importantly Britain made pledges to protect the democracy and freedoms of HK when it passed control to China. To fail to do so will send a signal to China and the world that Britain is weak and in the future, such an image will only encourage an increased rate of aggression to British global interests.

Meanwhile, I would expect America to stand up for HK and use Chinas actions as a clear example to further its strategic polarisation against China, which will only escalate the trade war friction and dispel once and for all the image that China’s ascension to power will follow a benign and benevolent path,

Sadly, in conclusion, the prognosis for HK is very bad indeed as it sits squarely in China's sphere of influence and they are determined to subdue this province, so western political intervention will not help the population of HK. For them, the only chance of a safe future is an escape, as HK become another casualty of the expanding authoritarian influence of China. This extends to the institutions of HK like HSBC, whose share price (shown below) looks set to decline by at least 50% whist below 760. 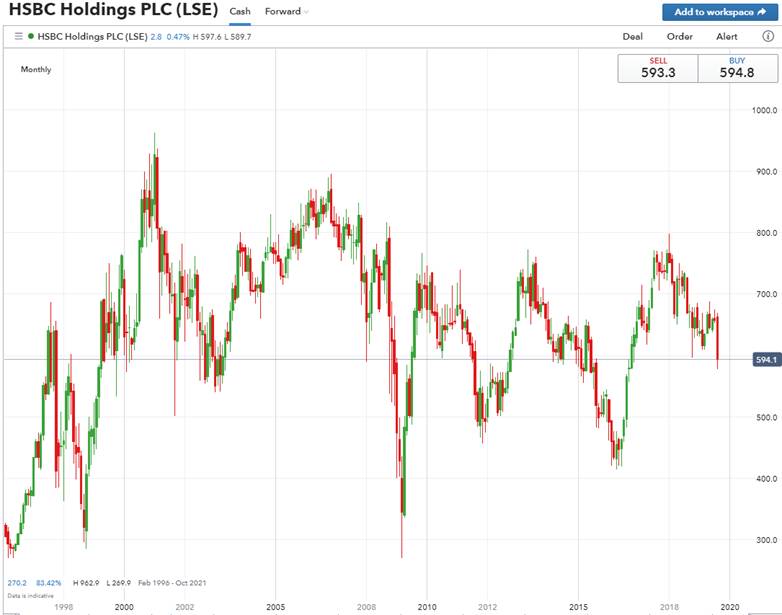