The Demise of Trump and the Rise of Bloomberg 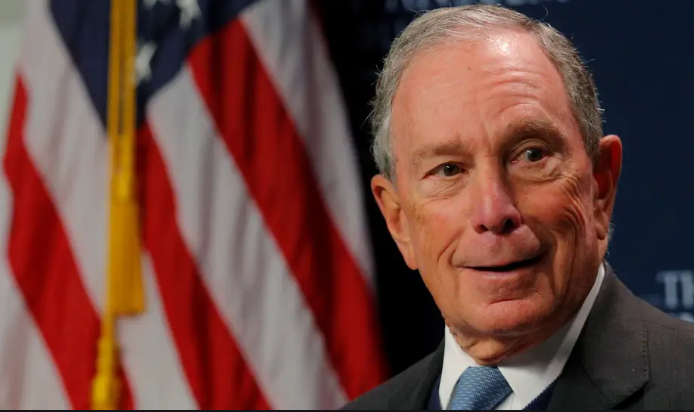 The power of The Five Phase Life Cycle to predict political and  geopolitical events, has been proven repeatedly over the past 20 years. Some of the most recent examples have been Britain's Brexit process and the landslide election of Boris, and the early prediction that Trump would be President, even before he won the Republican nomination. So we now turn our attention to the 20202 US elections and who will be the next President-elect of the United States in November. The current popularly held perception is that Trump will win a second term and that Biden will win the Democratic nomination. However such popular perceptions can be rather unreliable! Instead lets construct our expectations using  The Five Phase Life Cycle.

In so doing let us firstly set the scene and highlight that America is well into its decline phase. First, there was Bush junior who lost America’s moral imperative Then there was the most disastrous of all Presidents,Obama, whose covert narcissism over eight years corroded American global power, creating a vacuum into which China and to a lesser extent Russia have occupied. Then came Trump with the powerful, relevant and resonant message of Make America great again. However, as an overt narcissist,one has to really ask was Trump really saying Make me great? Either way, America has not been made great again. The reality is;

Whilst Trump’s Impeachment trial is proceeding everyone is discounting the outcome, expecting that the Senate which is dominated by the Republicans in the ratio of  53;47 that  will protect Trump when The trial takes place with a 2/3 rds majority required to confirm impeachment. However, the real battle is not taking place on the hill. But rather just like Boris and his  battles in Parliament, the real battleground is in the mind of the American electorate. In that regard, the impeachment process will act as a focus for Trump's increasing decline in popularity in 2020. Indeed if the Trump Popularity slide becomes significant, such that Trump is projected not to be able to win the election, the senate may yet turn against Trump  to produce a guilty verdict and impeachment. Thus the more Trump's popularity declines during the trial, the more likely that he will be found guilty and removed from office.

Set against Trump's potential slide in popularity, is the completely unappealing prospect of any of the democratic nominations. Currently, Biden seems the most favoured choice. However he was complicit as Vice President with the worst 8 years of US decline, so is tarnished and thus only represents a weak opposition to Trump. Thus as per the last election, the Democratic candidates looked weak until Bloomberg stepped up to the podium.

Bloomberg is the real American deal. A first-generation self-made multi-billionaire worth some $56Bn, not a second-generation lucky sperm club junior Billionaire like Trump. His resources compared to his competition are almost limitless, but more importantly, he has the mindset of a winner and  a great leader as proven by his tenor as New York Mayor and philanthropic endeavours. This man has been waiting for his moment to move for years and he now perceives that his time has come. He is formidable, and will in all probability win the Democratic nomination as the only one capable of winning against Trump.If Bloomberg wins the nomination as I expect he will, then he will become the next President elect of America in November.

Because reverting back to The Five Phase Life Cycle, systems in decline always favour wealth distribution as the population who are struggling seek government support to survive. Thus The democrats have the upper hand going into this election and only lost the last one to Trump because Clinton was the wrong candidate, and Obama had given away such enormous amount of American power over eight years that he set in motion a republican counter reaction. Bloomberg, however, is the right democratic candidate and would make a very good president who could repair much of the damage caused by Trump, and stand up to a powerful and threatening China.

So keep a watchful eye on the early signs  of Bloomberg rising through the democratic candidate tables, as we go into 2020. As I am increasingly certain that  Bloomberg will be the next president-elect of America.

sorry David but Bloomberg dropped out, so has Bernie