The Engine for Civil Wars of Regionalisation 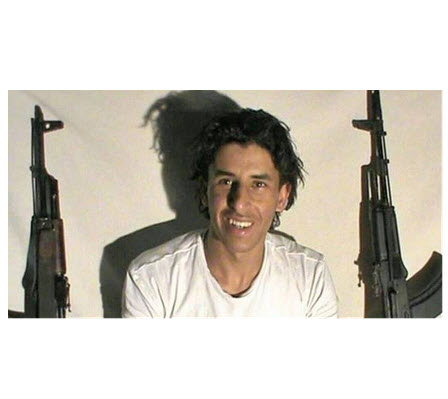 According to the BTCH five stages of Empire model, at the end of the first stage which is regionalisation, a nation or region passes through the Darwinian fire of a regional civil war. To the observer this may look like a chaotic process, but in reality this is just another example of natural selection at work within the human social structure. Essentially, such civil wars are about the selection of the most effective leadership that enfranchises and empowers the broadest segment of society, allowing the nation or region to ultimately grow and expand beyond its borders to become an Empire.

To better understand the nature of such a regional civil war, we can study the one currently underway across the Middles East. Most importantly, we need to comprehend the force that drives this process. Quite simply, the forces of change derive from expansive demographics, as regionalisation is driven by an expanding population which near the end of the stage creates a large demographic bulge comprised of young people in the teenage to mid-twenties. However, as this young group expands rapidly, the economy is unable to grow at the same rate and unemployment and disenfranchisement become widely spread. The result is a youthful group, that instead of seeing a prosperous future, feels depressed at what lies ahead.

Faced with a metaphoric brick wall and a consequential low sense of self-esteem and depression, these youngsters then become vulnerable to new ideas that will give them a sense of value, purpose and promise of glory and salvation, enhanced by the believe that such a course will provide a brighter future. Recruiters will look for signs of despair in candidates at their lowest ebb and under financial pressure. Part of their toolkit of persuasion and grooming is the use of the emotions of envy and resentment to justify violent actions.

When faced with poverty and hardship, these youngsters are also prepared to risk their lives more readily than those who perceive a comfortable future ahead of them. To the latter sector of society (both within the region and on the outside), the actions of the young militants seem inexplicable, and yet they are following an inevitable logic. When the promise of an afterlife is added by employing the religious meme of Islam as used by ISIL and other fundamentalist groups, death will appear to be but a transformation to a better life, if one acts for the collective cause. In this perspective, suicide bombing has an inevitable logic that is reinforced by strong collective expectations that override individual survival instincts. These suicide soldiers are far from unique in regional civil wars, so they are not just confined to the current Islamic civil war.

This powerful social process explains why a young Tunisian, from a good moderate family, but feeling down and depressed, was successfully targeted by ISIL recruiters and ultimately committed to what we in the West perceive as the most horrendous act of terrorism. However, terrorism is not really the correct description. Instead, it is quite simply an act of war. This war is one where the radical forces of Islam are fighting both, the opponents in the Middle East and also the West, to gain the pole position as crusaders for Islamic beliefs. Successful attacks against the west have a logical reward: just like people switch side from supporting a losing football team to a winning one, so will the population move towards ISIL as it becomes more powerful with every successful attack.

Looking forward, there will come a time when the civil war of regionalisation across the Middle East has been won by one side, which I fear at present could be ISIL. Once they stop fighting themselves, they will inevitably as a combat-hardened militarised society expand outwards with great energy and thus will assault the West with a much higher intensity. With this almost inevitable prospect, should the West not realise that to win the peace it has to be more proactive and that it is entwined in an generational war with ISIL as but a manifestation of the Middle East's ascendancy. Most importantly, as we did with Al-Qaeda and the Taliban, before we seem to continue underestimate ISIL, thinking of it as a terrorist group rather than an aspiring nation will be our undoing as it will prevent us from applying maximum force to achieve a rapid collapse of ISIL.

The West's vulnerability has been compounded with the infusion of Islamic cultures within Western society, making the frontline very blurred. This vulnerability will only increase with time as the rate of population growth of the Islamic subset is faster than the native population's.

So what can nations like Britain and France who face a threat from both within and outside their boundaries do? The first step is to understand this process that drives the regional civil war in the Middle East, from every perspective: how it impacts on the young men within Islamic British society and the path that leads them to what we term radicalisation, but what is really an association with the rise to their homeland along the empire cycle.

Then, said nation should enact measures that give the young Islamic people hope and a sense of collective national purpose by strengthening an all-inclusive national identity, so it can resist impingement from other value systems and effectively enhance the collective immune system. This need to create a collective identity that is broadly and strongly held and can resist other value systems would traditionally be described as nationalism or pride in one's nation. So, it seems time that Britain and France redefine and/or clarify their national secular values and expectations of their citizens.

As to how to defend against the generic external threat from what is essentially a new rising Islamic empire, the population is too big to blanket with foreign aide, although the UK budget at 0.7% of GDP is not insignificant. Instead, perhaps we should target critical areas that the ISIL recruiters operate in and watch and counter their moves step by step. Then, where possible we should degrade and slow down the expansion of ISIS wherever it appears with all means at our disposal, both conventional and unconventional. This essentially means a land war to deprive ISIL of its power base and the land it has taken and occupied. Only afterwards, we need to stay long enough for a democratic nation to become secure, rather than leaving the job half done as we did in recent years. Perhaps, even giving democratic nations like Turkey and Indonesia a major role in that process might make it not been seen as an 'East versus West' issue, but rather one of Islamic extremism versus Islamic democracy.

Most importantly, the West needs to recognise that we are at war and that despite the politicians' spin tactics it never stopped. Thus, Western nations must commit to a strong defence policy and to spend much more (at least double) to ensure that we demonstrate the intention and capability to defend ourselves. This would be a clear reversal of the current signals that we are sending out with defence cuts which have made us so weak and vulnerable compounded by past half-hearted military actions. This commitment alone will raise the sense of national pride and in so doing be a part of the process that raises the bar for radicalisation to take place.

Looking further afield the Middle East is certainly not the only threat that the West faces. Thus perhaps, it would pay our Western strategic planners to look at other areas in the world that are near the end of their regional phase of Empire and ask if they too might be at risk of a civil war. Even more relevant are nations that have been through their civil war and entered the phase of expansion to Empire and that are busy converting demograhgic expansion into economic and military expansion. Any guesses who that might be?

It's a pity that this kind of thinking isn't on display from the Western powers. At the moment, the efforts to address this issue are half-hearted and piecemeal. As the West dithers, ISL becomes stronger, gaining new recruits and a larger following in the populace. And at home, the initiatives to de-radicalize young British Muslims are laughable. No amount of police lectures in schools and Mosques can overcome the effects of watching Al Jazeera and seeing their religous homeland torn apart. One can only hope there are strategic thinkers in the West who can put forth such a plan as described in the column. And then there is the bigger challenge of finding a statesman who can stand up and implement it.