The Failures Of Lockdowns And Boris Johnson 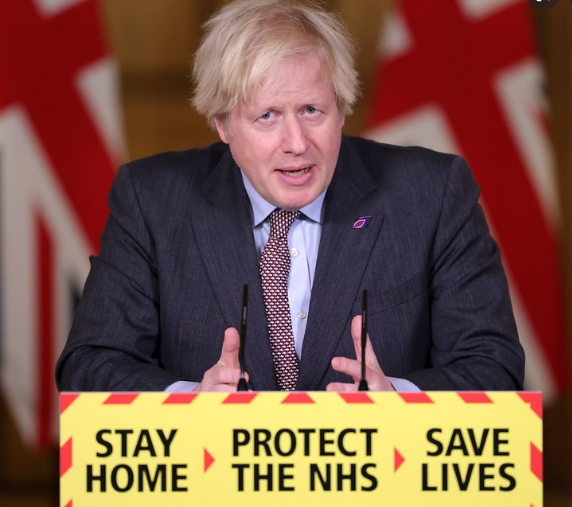 When history looks back on the pandemic, the evidence is very clear that any leader and government that enacted lockdowns will inevitably be be condemned for the folly of their actions and the consequential damage that they caused.

Indeed, taking the UK as an example, Global Forecaster has argued, from early March 2020, that total lockdowns were never the policy solution to the pandemic and were doomed to failure from the outset. This was based on information that came out of Wuhan in early February that correlated age with the mortality rate. Thus, we concluded that a partial lockdown of the over 60s would have allowed the economy to continue to function whilst protecting the most vulnerable.

We went on record at the onset of the first lockdown to say that history would judge total lockdowns as the wrong policy response. This was because they would not inhibit the spread of the virus, but the economic, health and social impact would inflict grievous self-harm upon any nation that did so, subsequently weakening Britain’s and any other nations' ability to respond to the even greater Chinese military threat into 2025.

That very same perspective is finally gaining traction as exemplified by Lord Frost’s recent article that Lockdowns were a mistake. In the UK, we labelled the policy’s advocates as the Lockdown Brigade and its leader as Michael Gove. We can only hope that, in time, they will be further exposed and held accountable for enacting such a damaging policy, which was certainly not grounded in scientific logic.

Whilst the first lockdown might just be forgiven, the subsequent lockdowns with more data available to underline that there was no scientific evidence for the policy were unforgivable, as was the government's imposition of induced collective fear to enact them. Even more damming is that there is some evidence that the Chinese Communist Party (CCP) fostered the myth that lockdowns worked and were the only policy option, and the stricter the better. Their motivation was to ensure that the Western economies suffered the maximum damage during the pandemic, propaganda that our so-called ‘scientific experts’ took hook, line and sinker.

Global Forecaster also predicted in November 2021 that Boris Johnson was a dead man walking to his inevitable execution in early 2022. Today, he stands in front of the executioner's block. It seems ironic that whilst, to many, it's about Johnson’s flouting of the rules that he imposed on his nation, and his subsequent dishonesty, it is even more about his incompetence.

Ironically, Johnson has become a victim of his policy of lockdown folly, which was the first sign of his incompetence. Initially, Johnson was on the right track to follow Sweden’s open model, which has proven immeasurably more successful by every metric than the UK lockdown model. Until, due to poor planning, the cabinet realised that they had not incorporated the protection of the most vulnerable into their plan, surely the most fundamental element of any plan, with the information available at the time that had come out of Wuhan correlating age and vulnerability.

This huge strategic error came on the back of the government's slow recognition of the pandemic threat, which was the ultimate responsibility of Mark Sedwill, the National Security Adviser, who we argued in an earlier Murrinations Insight, This Head Must Roll, was never fit for such an office.

These two appalling errors of strategic judgement then defined the nation’s and Johnson's next two and a half years. One that unnecessarily amplified the national trauma of a global pandemic (as outlined below in 3.0) and set the tone for Johnson's consistent failure through incompetence and poor judgement.

Chamberlain was, in 1940, finally forced to resign over the disastrous Norway campaign after years of poor leadership. Today, Johnson has proved that instead of being a Churchill, he is a Chamberlain, whose leadership (except for navigating Brexit to its conclusion) has been disastrous for the nation. As such, it is time that Johnson takes full responsibility and resigns, to preserve some semblance of self and national dignity.

Meanwhile, we expect that other leaders who have advocated similar lockdown/pandemic strategies will be held accountablee by the people they lead, suffering collapsing popularity and ultimately removed from office. Joe Biden is certainly suffering from this dynamic, with a 33% approval rating that will only get worse with time.

3.0 The Failings Of Lockdowns And Associated Government Policies

The below is a summary of the failures of the lockdown policy and thus Boris Johnson as the nation’s leader. Please note that Global Forecaster made all of these points in real-time during the pandemic.

06 March 2022 Covid scientists ‘lost objectivity with models that led to lockdowns’ The evidence against the Lockdown brigade is building.

13 February 2022 Was Sweden right about Covid all along?