The Inevitability of Biden's Victory is About to Burst The U.S. Equity Bubble 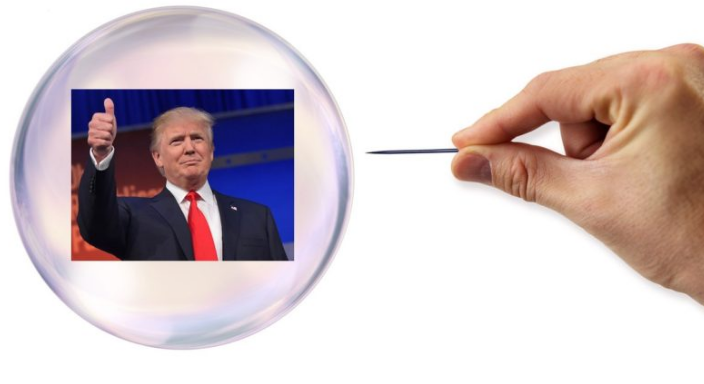 Trump and the Fed have done all they could to manipulate the equity markets higher, both overtly and, I suspect, covertly. I believe they thought this would impact the election results. However, due a massive monetary printing program over the past decades (which has reached to crazy levels in the pandemic crisis) the equity markets have detached from the economic reality of the majority of middle and lower class American's who are struggling to survive. Resultantly, the whole exercise of market manipulation is doomed to fail.

Historically, manipulation of markets, which comes near the end of a state's cycle, always has dire consequences. I fear that this case will be no different and has opened the door to a precipitous crash of the markets and further destruction of the wealth in American households. It will serve only to compound the depression we are in.

We are now in the election cycle with Democratic and Republican party conferences. Trump especially is touting all kinds of untruths that will obscure the potential result of the election to many. However, at times like this I resort to my Five Phases of Empire cycle to make predictions and cut though the electoral fog. In this case, the main driver to the outcome is the collapse of wealth in the lower 60-70% of the American economy. This will drive the desire for wealth distribution politics that are expounded by Biden and that will ensure his victory. This inevitable outcome must be obvious even to Trump. Indeed, his campaign over postal votes is designed to give him an excuse for failure as narcissists are unable to take personal responsibility for their actions. Thus, as the campaign swings against Trump, I would expect him to become more erratic and desperate in his actions as November draws closer.

Additionally, I suspect the equity investor community is about to have a flash of realisation that Biden will become the next president and will not be corporate or equity market friendly. This will trigger waves of profit taking that will drive down the market, allowing the reality to be seen without rose coloured election glasses. This in turn will lead to further sustained waves of selling.

The end of what could become known as the 'Phoney Depression' is about to occur with the imminent nose dive of the US stock markets. This will be the last element in my Phase Three scenario to unfold. It will allow the weaker stock markets that have had only shallow Phase 2 corrections and which have already started their declines (e.g. the  Dow Jones, FTSE, Eurostoxx, Spain 35 and Hong Kong 50) to accelerate to the downside as the real bear market unfolds to lows deep below those of March. Due to the extreme dislocation between market pricing and reality, the risk of some very extreme crash-like price actions is very high in the months ahead.

Sadly, we have some extremely dark economic times ahead.