The ISIS and the Middle East 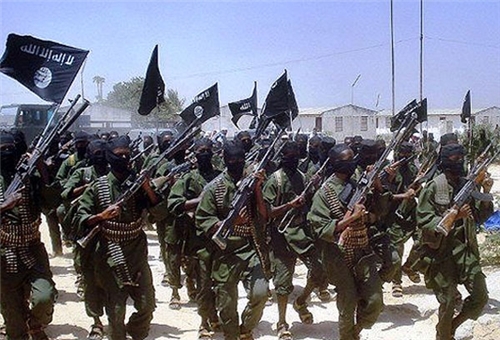 The Middle East has once more grabbed our attention with the striking success of the ISIS (Islamic State in Iraq and the Levant) who seek the establishment of a new Islamic caliphate.

Our analysis, using the five stages of empire model, is that the region is going through a civil war of regionalisation. This is a Darwinian process that is driven by an expanding youthful demographic, who seeks to find a set of core values and leaders who will unite the region into one entity with the best chance of then competing with all the nations surrounding the Middle East.

In the initial stages of this war there were many smaller competitors in this complex multidimensional civil war, however we have now moved into the mid phase of the civil war.  Unsurprisingly, it is a Sunni radical group that is making the most headway, to the extent that its threat could potentially create common cause between Iran, Turkey and the US, demonstrating how much they fear the ISIS.

It should come as no surprise that Iran with its Shia population was the first nation in the region to seek to manifest a new Islamic age. With only 15% of the regional population being Shia, they were always doomed to failure, unless they had been successful very quickly which they failed to achieve. Conversely, with 85% Sunnis in any sustained conflict, it was inevitable that the winning cause would come from this demographic.

One of the key patterns that can be noted in past regional civil wars, is that the side that wins always has an ideology that is perceived to provide the greatest enfranchisement for the majority. This simple observation excluded the Catholic monarchy in the English civil war, the plantation driven South in the American civil war and the Chinese nationalists in their civil war. Thus, Sunni states with centralised leadership and narrowly held power bases are all destined to fall as the Darwinian process sweeps through the region.

So what will be the agent of change? Sunni fundamentalism, because it provides enfranchisement for the lowest of their fighters in their connection to God, giving them a cause so righteous in their own minds that their lives are of little consequence. Before western readers recoil in shock at this prognosis, we should remember that it was Protestant fundamentalism that won the English civil war, an abiding belief in democracy and freedom that won the American civil war, and Chinese communism with its concept of equality that won their struggle.

Quite simply, Islamic fundamentalism, much as it did when the followers of Muhammad swept out of the desert in the 7th century, has the ability to unit more disenfranchised followers than any other belief system in the Middle East. Its success is just a question of organisation and effective leadership. As so often seen in history before, challengers to established systems and empires are always perceived as the barbarians.   In reality, due to the very nature of the relative position on the empire curve of the challenger and the hegemon, the capability gap is always much smaller than appreciated. Take the ISIS for example. It has fought Hamas in Syria and is gaining ground. Notably, Hamas is an Iranian trained group who were able to give the Israeli army a tough time in Lebanon. Thus, we must conclude that the ISIS are battle hardened fighters.

For years, the West underestimated the organisational capability of Al-Qaeda and now it seems shocked that the ISIS is so well organised and funded? In addition, the ISIS has now absorbed the resources of the Iraqi army it has vanquished, an achievement that neither the Taliban nor Al-Qaeda have ever obtained.

Our conclusion is that the ISIS are the most likely entity that will ultimately dominate the region and that will not only unite Syria and Iraq into a caliphate, but also will expand across the region. However, if by any chance, I am wrong in this prognosis, then just as the ISIS sprung from Al-Qaeda, we should expect another Islamic Sunni offshoot to take its place, until eventually all the others combatants are worn down and there is only one winner. That caveat aside, it is important to remember that the expansionary process at this stage of empire is not linear and thus, we should not be surprised at the speed of ISIS' success and consequential expansion at this stage fo the war, i.e. it is highly possible that their success continues at the current stunning pace, rapidly upturning the current Middle Eastern order.

The only option for successful intervention would be for an outside empire to flood the region with troops, but as experience has shown, America just does not have the resources or determination for that struggle to start again, particularly with an election looming. Meanwhile, drones, although widely used in Afghanistan, have not prevented the rise of the Taliban, so why should it stop the ISIS? The only option is for America to back a more moderate regional power like Turkey in the hope that they will be able to change the balance of power away from radical Islam.

With such a prognosis one can only wonder how long the isolated islands like Kurdistan and Israel can survive, especially as their protector, America, goes into an accelerated phase of contraction. No wonder that the oil price remains high, as in time the flow to the west might in all probability be shut off in favour of Asian customers. The risk of an oil prize squeeze could also be the catalyst for the end of a very tired bull run in western equity markets.

Most importantly, the rise of new Islamic power after a prolonged phase of Christian power will not bode well for the West.