The Nature of Wars: Part I Collective Drivers 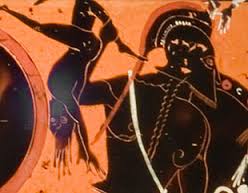 Today, it's difficult to argue, with the wars in Ukraine, Syria, Iraq and Lebanon, that we are any closer to transcending the need for wars than were our ancestors.

Since childhood I have been fascinated by the wars, their cause, how we fight them and what it takes to win. I never viewed war with a sense of idealism or romanticism, but more with a sense of repugnance and a fascination of how to avoid such destructive events through a better understanding of human behaviours over the course of history. I do not believe that it is enough to idealistically quote that war is repugnant or an abomination and that human kind should avoid its next outbreak, as such ideals have failed too numerously in our past.

Conversely, the only chance of avoidance of this disease of civilisation is to seek the harsh truth and causality of these persistent outbreaks and ensure that the world’s population and especially its leaders have fully versed as to how to avoid such disasters. It is not sufficient that our politicians abdicate responsibility to the armed forces for the study and knowledge of war as they are the ultimate decision makers. In addition, the majority of military leaders know a great deal about the mechanisms of their own arm of the services, but not enough about those of the other services, so therefore they need to broaden their knowledge base. It was Liddell Hart that stated that most generals failed to study and understand the details of military history and the broader context of wars in human society. Hart further stated that “The higher the plane of war the more the solution of its problems depends on wide knowledge, broad outlook and depth of thought, and the less comparatively on technical expertise.”

To that end, I have recently been working on the first world war for a section of my new book called “The Road to Wars” and another book on the pivotal ‘1918 Battle of Amiens’, both of which I hope will be available next year. There is much coverage of WW1 100 years later, but what strikes me is that the majority of documentaries seem to roll out the same old stories containing an alarming lack of understanding of the long predictable process to the outbreak of war in 1914 and of how it was really fought. Sadly, such narratives do not honour our dead or the massive scale of the collective suffering. We can only do that by ruthlessly drilling down to the reasons that really caused the 1914 war and the next one in 1939.

The majority of humanity today and most probably of the past have abhorred the concept of wars, especially when it places sons and daughters in harm’s way. With this in mind we can conclude that there is a powerful collective driver in human society that acts at odds with majority of its members’ individual desires. Unless we better understand what that driver might be, we will all be doomed to its repetition. It is the two tier mechanism between the needs of the individual and the needs of society that explain why despite our best efforts war is still a daily part of human existence.

In the animal kingdom predators especially seek to control territory from which they can harvest food and they will fight any other predators to maintain those rights. Some predators even act in packs, including monkeys, but only the insect world manifests warfare on a grand scale, with termite colonies being the best example of large scale non-human warfare. The Darwinist mechanism of the survival of the strongest seems particularly relevant to this process where living creatures seek to protect territory for the extraction of resources. Humanity’s wars are no different from any other in the animal Kingdom, as they are simply a natural extension of Darwin’s laws.

Further at the risk of offending the majority, humanity has been shaped by its wars which are the ultimate form of competition and the main catalyst for man’s advancement, both in terms of technology and the structure of our societies. Its blight acts much like a forest fire ravaging societies which then spring up stronger and more vibrantly after time. Notably, just like predators, aggressors in war only attack when they think the odds are firmly in their favour. Hence, the importance of a combination of a strong intention and capability to deter can prevent wars from breaking out in the first place.