The Nature of Wars: Part II The Impact of Technology 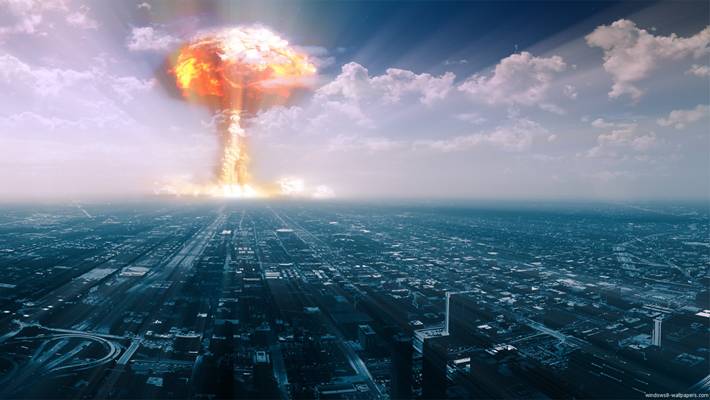 It can be argued that humanity’s wars have up until the 19th century served to strengthen the leadership gene pool by favouring the strong over the weak. However, all that stopped in the 20th century, when in all probability the opposite effect was created with the arrival of industrial warfare whose fire power killed the bravest and most worthy junior leaders in a hail of machine gun bullets and shrapnel.

Then, after the dawn of nuclear weapons, came MAD, ‘Mutually Assured Destruction’, the reality of potential nuclear Armageddon that brought a degree of precarious peace during the Cold War. MAD overrode the positive dynamics of war for the human evolution based on Darwin's natural selection process by ensuring that one nation could no longer potentially destroy another without inevitably been destroyed itself. Under MAD both sides would lose and thus, peace was won for a short time. However, surprisingly the presence of all these powerful weapons did not prevent wars. In the last 60 years there were more wars than in any previous 60 years of history, partly, because the population was larger, but also because the drivers for war were pushed down to a lower threshold of conflict where it was then contained by MAD ceiling.

Since then, further advances in conventional war fighting technology, with a hundredfold increase in destructive power combined with precision delivery have reduced collateral civilian casualties to the point where western politicians are more ready to use them, making wars more rather than less frequent.

Optimistically, one might hope that with these increases in the destructiveness of war fighting, perhaps the time must soon be upon us when the genetic drivers for warfare no longer serve humanity due to the destructiveness overwhelming any natural selection process. Although that time may well unfold in the next half century, sadly the time where the so called civilised world can throw down its weapons and hope for the best is not now upon us. Instead, as the lessons of the past need to be fully absorbed as they echo through to the present day. Most importantly, the West needs to reappraise the security implications of the decline of its power as once more it inevitably faces potential conflict from many sides.