The Need For Greater National Resilience 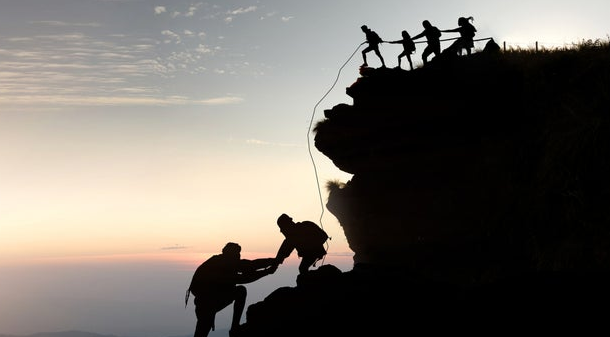 Those that have read my Theory of Anti Entropy of Human Systems will appreciate that entropy impacts are cumulative on a human social structure. Wars, pandemics and natural disasters are all entropy events. Whilst a system might be able to survive one of the three, it will likely succumb to two or three impacting it at any one time. The current global pandemic is a sustained entropy event of major degree and as such it has reduced the national energy of all countries it has affected. They thus  then more vulnerable to additional entropy events. As per many previous Murrinations I have been encouraging the recognition of the magnitude of the entropy challenge from the global pandemic, going so far as to encourage nations into a wartime mindset. With Bidens effective recognition yesterday that America is now in such a wartime state, one can only hope Britain and all other Western nations will swiftly follow suit. Consequently, this is the time to consider the importance of national resilience as a critically vital component of a nation's capability to endure and survive the pandemic and any potential additional entropy events in the most organised and efficient way.

The Creation Of A Department of National Resilience

Peacetime government processes, especially in democracies that have operated with a long gap since a previous significant entropy event, will rarely have the collective mindset to react or adapt swiftly enough. Rather his requires the creation of new Government departments outside the conventional government system to formulate and evaluate the risks and scenarios which can then be converted into the effective planning of various departments at a national coordinated level. Churchill understood this need implicitly and created numerous organisations specifically designed to achieve this goal. The time has come for Britain to create a new Department of National Resilience. This should  be led by a highly capable out of the box thinker, with a team of like-minded individuals. In effect, this is a red team that will outperform the current government thought processes and oversee implementation planning and execution. The need for a new department is now absolutely critical with the pandemic but will also be almost as critical in the mitigation of future climate change induced natural disasters which are now all but inevitable in the years ahead.

The Creation Of a New National Resilience Corps (NRS)

To be effective, Resilience needs resources. In America, they have a plethora of national resources to apply to entropy challenges, from the Coastguard to the National Guard. Meanwhile, in Britain we currently just have the Army. The same Army that irresponsibly over the past decades has been cut to the bone. This equation that does not add up as the army steps in to support the nations' pandemic response. The  idea that this next defence review will reduce the army by 10,000  can only be described as national and political madness.

As per my suggestions in my Now or Never, as the combat arms of the army evolve into high-tech structures they will become less dependent on manpower. However, manpower is critical to combat national entropy events. Thus, it is time to create a National Resilience Corps, or a Home Force. This should be done using the current army organisation as it excels in personnel management and execution.  It should use current training skills to develop a large force that uses combat training as the basis for its main role to support national resilience. This would then become an organisation that would be something akin to the US National Guard.

The National Resilience Corps would develop national values of service, self-growth and leadership to develop the youth of today into more effective members of society. Simultaneously, it would save them from long term unemployment as we face the inevitable depression ahead. This force would also provide a basis for disaster relief and the support of society. A perfect example would have been the building of the Nightingale hospitals and the vaccine roll-outs.  The budget for the NRS should predominantly come from the unemployment budget. Rather than being a cost, it would then be a major investment back into society.

Critics of such a National Resilience Corps might argue there would still be many unemployed. Indeed in the depression ahead it is highly conceivable that we will have 3-5 million unemployed. So, how big could such a Home Force become? Given sufficient resources, it could easily grow to 500,000 and even 1 million in a few years. What would be critical is the skills imparted to the youth, such as confidence, leadership, and national values that in time would feed back into productivity. Perhaps in the spirit of the regional force structure of the NRS that could be drawn from Counties or region these Resilience Regiments should be named after the WW1 Pals Battalions, linking the tradition of national service from the past to the present.

Additionally, as Britain seeks to create a meritocratic and multiracial society, the experience of being part of an organisation with a strong ethos of equality and integration would also feed back into national pride and self-belief that will only strengthen Britain’s future social fabric.