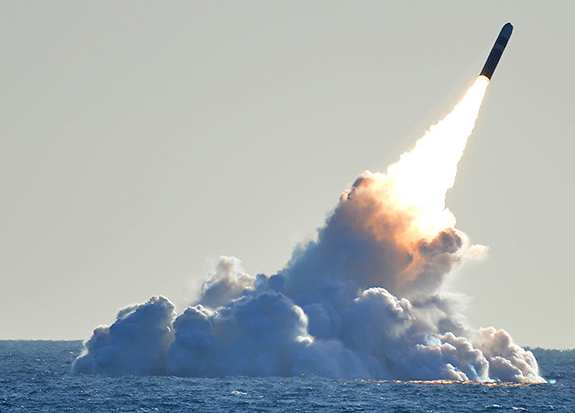 The current American-Russian strategic nuclear balance is, in most respects, a legacy of the Cold War weapon development program. However, Putin's Russia has introduced a new generation of strategic weapons that have significantly strengthened Russia's hand.

The current US ICBM force dates back to the end of the Cold War, but is both effective and uniform in the forces that it currently deploys. 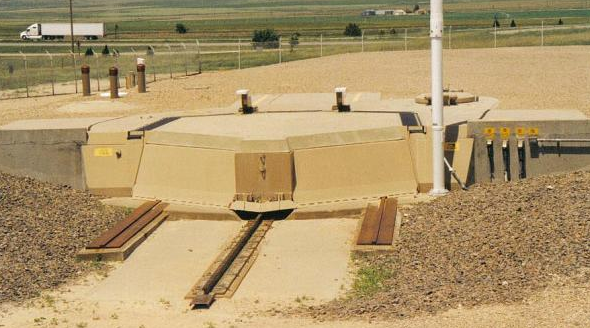 US ICBM Force: America cane deploy 400 silo-based Minuteman-III missiles as of September 2017 each with a 9700km range. Each missile is armed with up to three W62 Mk-12 warheads, each having a yield of 170 kilotons. These 400 ICBMs, with a total of 1200 nuclear warheads, are deployed in three USAF bases around Malmstrom AFB in Montana, North Dakota and Warren AFB Wyoming.

US SLBM Force: The ICBM force is supported by the US Navy’s 14 ballistic missile Ohio class submarines (SSBNs). These SSBN submarines provide the sea-based leg of the U.S. nuclear triad. Each SSBN submarine is armed with up to 24 Trident II SLBMs. At any one time, only 1/3 of the 14 submarines will be on active duty amount (i.e  4 -5 SSBNs), each with 24 Trident I C4 missiles carrying up to 8 MIRVed 100 kilo tonne W76  nuclear warheads each, with a range of 7,400 km. This capability comprises between 768 and 960 warheads. Meanwhile, the USAF only carry short range 100-200km nuclear-capable cruise missiles.

America’s future plans to modernise its strategic capability seem very limited in comparison to Russian and Chinese ambitions. In part this is because its current superiority appears to be unchallenged, although history has shown that in an arms race power gaps can rapidly close and swing the other way.

Russia has over the past decade invested massive resources into its strategic nuclear capability to ensure its independence from all and any aggressors. On the surface, this is aimed at America. The reality is that Putin seeks to secure Russia from its expanding and ever more powerful neighbour, China.

Russian ICBM Forces: These operate approximately 320 silo and mobile based ICBMs, which are estimated to carry up to 1,181 warheads.

Many of these ICBMs are old Cold War based technology near the end of their operational lives (except the SS-29s). Consequently, Putin has been overseeing an ambitious refurbishment of Russia’s ageing strategic nuclear capability, based on six new Russian strategic weapons unveiled by Russian President Putin on the 1st of March 2018. One of the six weapons systems is the RS-28 Sarmat which will be the king of future ICBMs, capable of carrying about 10 tonnes of payload for up to 10 heavy or 15 light MIRV warheads, an unspecified number of another of the six new strategic nuclear weapons the Avangard Hypersonic Glide Vehicles (HGVs) or a combination of warheads and massive countermeasures against American ABM systems. That will ensure penetration of America missile defences and will replace the R-36M ICBM (SS-18 'Satan') in Russia's arsenal whist extending Russians reach with its world beating 18,000 kilometre range when it enters service in 2021.

Russian SLBM Forces: As of early 2020 the Russian Navy operate 10 functional strategic submarines of three different types, of which 10 are functional and 1 soon to be overhauled. They are deployed with the Northern Fleet and the Pacific Fleet. They are in the process of replacing their ageing five (Delta IV) submarines, one 667BDR (Delta III) and last Project 941 (Typhoon)  with eight Project 955 Borey and Borey-A class subs planned and 4 currently in service. These new SSBNs are much quieter than their predecessors and carry the new Bulava sea-based ballistic missile that has already  entered service. The Bulava (SS-NX-30) SLBM, carries up to 6 MIRV warheads and has a range of over 8,000 kilometres. Each Borey class strategic submarines will carry up to 16 Bulava ballistic missiles. Three Project 955 are currently in service. The total SSBN fleet could carry 656 nuclear weapons, but only 1/3 would be at sea at any time and thus this number is some 218 warheads.

In addition to the traditional SLBMs, the Putin has introduced a new class of strategic nuclear weapon in the form of Status 6 submarine drone which  NATO codenamed Poseidon. These nuclear armed submarine drones are powered by mini-nuclear reactors with a range of 10,000km. These have been designed to hit America even if it develops an effective nuclear ballistic missile shield. The first experimental submarine to deploy six of these strategic submarine drones is the modified experimental Belgorod special operations submarine that will be used to test the new weapons. They will then be deployed into the new  Project 09851 Khabarovsk  submarines which are modified Borie submarines  and possibly modified Oscar Class cruise Missile Submarines which could carry six Poseidon torpedoes at the same time for a total yield of up to 400 megatonnes. 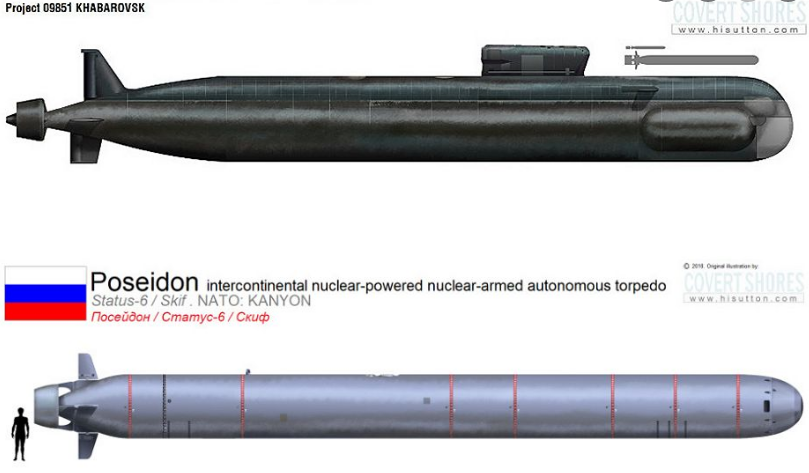 Overall, the new Russian strategic forces by 2025 will give Putin strategic invulnerability to nuclear attack from either China or America. Putin’s greatly enhanced capabilities will inevitably force Britain and France to expand their strategic nuclear capabilities. In the UK strategic defence review there was a surprise announcement that Britain would be expanding its nuclear arsenal,  but the big question is around how best to deliver those nuclear warheads such that they are ensured to reach their targets, a problem that will require Britain to seek new missiles and manoeuvrable warheads.