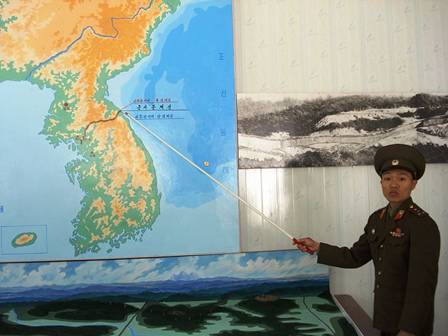 China
To better understand the various drivers operating across the Korean peninsula one has to first appreciate the role of China in the situation.

From the Chinese perspective, the presence of South Korea and its American allies on the peninsula is an arrow thrust at the heart of China, potentially allowing US forces direct land access to mainland China through North Korea in the event of a war.

What happens on the peninsula is of fundamental importance to China.  China sees North Korea as a vital buffer state and a key ally as long as South Korea remains in existence. This explains why China supports the most militarised military state in the world with the fourth largest army on its doorstep, providing its population and economy with food, and why it will do whatever it feels it has to do to maintain its continued existence.

Just to emphasise the nature of this alliance, 90% of all North Korea's power is provided by China, which therefore enables it to turn its neighbour's economy off at will. So, whatever is said publically by China to the contrary, we should be in no doubt that North Korea acts according to Chinese directives. Firstly, When China's relative power was weaker than it is now, it used North Korea as a proxy battering ram, firstly in the acquisition of nuclear weapons against US wishes, and, in so doing, exposed the limitations of American power projection. Secondly, China has also used North Korea to spread nuclear weapons and missile technology to Iran in order to replicate the Korean process in the Middle East, further weakening US influence not only in that region but also globally. Thirdly, the apparent acts of random aggression are calculated tests of the US and its allies' cohesion, intention and capability in the region. Historically this aggressive probing by North Korea at the behest of China is a form of behaviour consistent with that of a challenger who seeks to probe for weakness in the dominant power, i.e. America, and then seeking to exploit it when found.

North Korea
The current leader Kim Jong-un is young, and has much to prove to his generals. Most worryingly he is third generation, following the line of his Grandfather Kim Il Sung, and his father Kim Jong-Il. Traditionally the third generation is most likely to fail to walk the path of the previous generations and so there is a serious risk that, although he may be attempting to continue the stratagem of his father he is highly likely to fail. Notably Kim Jong inherits a country that continues to remain economically poor, spending most of its GDP on the military which it has used to extort money from its democratic neighbours with its threats of conflict.

This strategy has over time weakened the nation, requiring each play to be more desperate than the one before. The sinking of the South Korean warship and the shelling of a South Korean island illustrate this quite clearly. The strategy of missile launches as an aggressive assertive act has been repeated over the past decade many times but during that period many things have also changed:

The Dangerous Path
With these ongoing changes to the game board, and the insecurities of Kim-Jong Un, there is a very real risk that this escalatory period results in unexpected consequences. Whilst America has the capability to shoot down any threatening incoming missiles, the serious threat would come from North Korean conventional weapons that might be used in retaliation, if there was a need to shoot down a missile test fired from North Korea.

To those who have followed similar scenarios unfold before, there is something subtly different about this chapter, that suggests that there is a considerable risk of escalation as Kim Jong –Un has backed himself into a corner where he has to act to maintain the apparent perception of strength he has been attempting to create.

The core question is whether China now or in the future sees hidden advantage through a conflict on the peninsula that could weaken America power in the region? Much as this question seems illogical, if through a peninsular incident/conflict China could either see South Korea reduced to a neutral combat status and the US weakened or even ejected from the peninsula, then the aggressive PLA decision makers escalation may consider escalation a viable option. 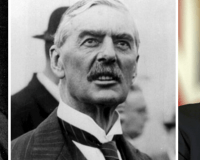