The Rise of Islamic power in the North of Africa 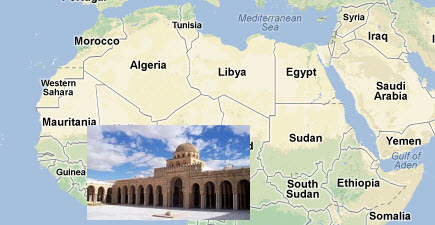 Both the recent events in Mali which have resulted in military intervention by France with British support and at the remote BP installation in Algeria which ended with the death of all the Islamic militants and many of their hostages are driven by the same energy of Islamic expansion. As I have discussed in Breaking the Code of History, the Islamic world centred on the Middle East and northern Africa is in a state of dynamic expansion.

In the West there seems to still be a belief that this expansionary movement is nationalistic, so Americans talk in principle about 'winning' in Iraq and Afghanistan. However, in practice this expansionary energy will move into any available vacuum within the Islamic world, when confronted by the West ,as required by the nature of its asymmetric struggle. This is clearly illustrated by the unfolding situation in Mali over the past year, where the vacuum has drawn in militants from across the Islamic militant world. The question here is why this unfolding situation did not trigger a US response soon enough to head the current problem off at the pass. The answer is simply complacency and arrogance.

The key point about Northern Africa unlike Afghanistan, is that it is very close to the underbelly of Europe, and Algeria and Libya have oil and gas resources that are of strategic importance to Europe's economic well being. It is very clear that the Islamic terrorists understand this, and that their recent assault and the consequent massacre in Algeria has sent a marrow chilling reminder to the western nations of their current venerability in this area.

However, now that France, Britain and the US have been forced to focus on this battle zone, it is important that they apply an appropriate balance force and diplomacy to diffuse the situation rather than inflame Islamic sensibilities, so that the currently disparate groups are not bonded together into a coherent force with a common enemy. The reality though is that pragmatically it will be very hard to prevent the border from Mauritania to Sudan, which is effectively the dividing line between the Islamic world and African nations south of the Saharan, from becoming a continuous battle zone in an African regional war spreading all the way from the Atlantic Ocean to the Red Sea.