The Rise of the Second Ottoman Empire 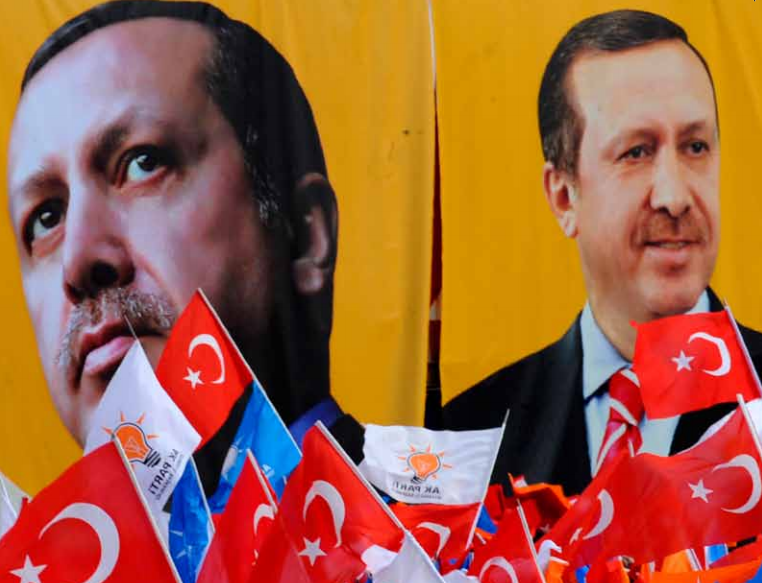 I have for the past decade described the chaos in the Middle East as being driven by the rapid population growth that created a regional civil war. This is essentially the process whereby through Darwinist natural selection a dominant power rises to control the region.

The first stage of that process was the Iranian revolution. This  was the first signal of the regional rise of Islamic self identity. Shiite Iran has since then been attempting to dominate the region with its brand of religious extremism justifying its aggressive actions. However by  simultaneously choosing to fight with America and its Sunni Neighbours it has stretched its resources. Indeed the resultant sanctions have crippled Iranian growth and chances of success are zero.

Next came the Sunni terrorist movements like al-Qaeda and ISIS. Who, through asymmetry, sought to seek Islamic recognition and force the US out of the Middle East. However we are now in a much more overt phase of this Islamic Civil War process.

The Saudis with its small population and massive military have tried to exert regional power, but without significant success. They high defence expenditure coupled with poor financial management mean that they are now are now suffering from zero to negative growth. With our expected drop in oil prices to sub $27 the nation will soon balance on the edge of bankruptcy and potential civil unrest.

Meanwhile, Turkey has always been my favourite to become the regional power of the Middle East. Indeed they are well on their way to achieving such a position. They started with the advantage of having had an empire before, although it collapsed in 1918 a hundred years ago, which like Britain today, post-Brexit, provides a powerful template for expansion. They are a highly industrious people and their growth rate has been strong  compared to the other Middle Eastern nations. Notably, Turkey is a member of NATO and has the second-biggest military next to the US, which is modernising and professionalising. Their President is ambitious and ruthless and is now deploying troops away from the Turkish borders into regions like Libya. One can only imagine why? The future access to Libya's oil wealth would secure the Turkish economy.

Additionally, over the past few  weeks, there have been clashes between the Syrian and Turkish army that I suspect are a portent of future clashes that will increase in severity and that could end up in outright conflict sooner than we think. Additionally, it is a signal that Turkey's regional aspirations my yet bring it up against those of Russia.

If we are correct about the oil price collapse then the oil-producing economies of Saudi Arabia and Iran will collapse too. Whilst the consumer economy of Turkey will benefit. This will propel Turkey forward into the dominant regional position for the next couple of years to gain what could be an unchallengeable lead. Below are my predictions for Turkey, made over 12 years ago which are still on track.

Turkey, a prominent US strategic partner since World War Two, must also remain a key focus for the US. Its population is 70–80 percent Sunni Muslim, although its political culture has been resolutely secular since the 1920s and this remains intact if under challenge. It is expanding demographically with a youthful population that has driven it economically, and that will continue to do so. For much of the time since 2002, the ruling Justice and Development Party (AKP) has struggled against strong opposition on the grounds that it has maintained a soft Islamist hidden agenda. Turkey makes a natural ally for the US as well as for Europe – its geographical location, for one thing, makes it vital to European Union (EU) security. Nevertheless, the European Community has been reluctant to grant accession to Turkey despite the fact that its application dates back to 1987. This delay could prove to be a serious error, because a more assertive and confident Turkey in the coming years might well choose not to join the EU, looking eastward instead.

During the Cold War, Turkey was a close NATO ally and stood with the US as a southeastern bulwark against the Soviet Union. This special relationship began to erode during the Second Gulf War in 2003, with the US invasion of Iraq. Turkey would not allow the US 4th Infantry Division to land on its soil, thereby thwarting a plan to attack Iraq from the north and keeping this vital and technologically advanced division out of the conflict at a critical stage. Relations since then have been uneven, influenced by Turkey’s anxious eye on the close relationship that the US has enjoyed with the Kurdish Regional Government of Iraq. The Iraqi Kurds, long oppressed under the regime of Saddam Hussein, proved themselves to be the one stable ally upon which the US could depend during the war, and Iraqi Kurdistan has developed quickly since 2003, independent in all but name. Turkey, on the other hand, has long struggled with its Kurdish minority. Its Kurdistan Workers’ Party (PKK), which is considered by several countries (including the US) to be a terrorist organisation, has used Iraqi territory to launch attacks into Turkey. Along with Syria and Iran, Turkey fears the PKK’s irredentist leanings towards a Greater Kurdistan, encompassing Iraqi Kurdistan as its centre together with territory within these other countries’ borders

It should not come as a surprise that Turkey’s power base is in the ascendant as US power declines. For the greater part of the past 1,700 years, Istanbul has been the centre of regional power as an imperial seat, Christian or Muslim. Modern Turkey has grown steadily in regional power, driven by rising demographics that have helped it to attain the largest GDP in the Islamic world. The last ninety years, then, should be considered an aberration in Turkish power projection; the country is once more moving to exert regional influence, particularly as US power in the western Middle East declines.

Moreover, Turkey’s glorious imperial past endows it with a perspective on the Middle East that far exceeds the limits of its own borders. Thus it could be well placed to balance Iranian expansion in the future. It is also a force for regional stability: the country maintains good ties overall with Iran, the Arab world and Israel, despite occasional periods of greater or lesser neutrality and criticism of the latter. This unique position goes some way towards accounting for the greater regional role that Turkey enjoyed in the Spring of 2010, when, in conjunction with Brazil, it succeeded briefly in making Iran less tractable on the nuclear question. It is highly likely that Turkey will remain an ally to the US and the EU (not least through its membership of NATO), while cultivating influence in Iran, Iraq and elsewhere in the Middle East.

In June 2010, Turkey took the lead in confronting Israel over its Gaza blockade, and about the ill-fated Israeli raid on a ship of Turkish provenance carrying supplies to the Palestinian territory as part of the ‘Gaza flotilla’, when nine Turkish activists were killed. Israel’s conduct during the raid not only polarised Muslim sentiment in Turkey but also boosted the country’s leadership position and credibility in the Islamic world.

Much as at the turn of the twentieth century Britain empowered US influence over Latin America, the US would do well to consider performing an equivalent role for Turkey with respect to western Asia as a whole.

the rise of the second ottoman empire

Hi David we met few years ago in Luxembourg during an event organized by the Rotshild Bank and i did appreciate the discussion we had later during the reception.
I would love to have your opinion about what is a happening in Egypt and what do you think about their chances to balance what Turkey is trying to achieve.
According to what i read i fully agree with your opinions about the Saudis and the Iranians and the impact of the oil revenues decline. But looking what the Egyptian administration is doing and the multiple successes in terms of economical reforms , health , education , tourism and specially in fighting the externally guided terrorist acts . Last but not least the role they are playing on the political ground in the middle east , in the african level and in various other diplomatic fields internationally i can only admire the result and expect the best for the future of this important nation.
Thank you for reading and sharing your view.