The Risk-Off Tsunami Is Upon Us 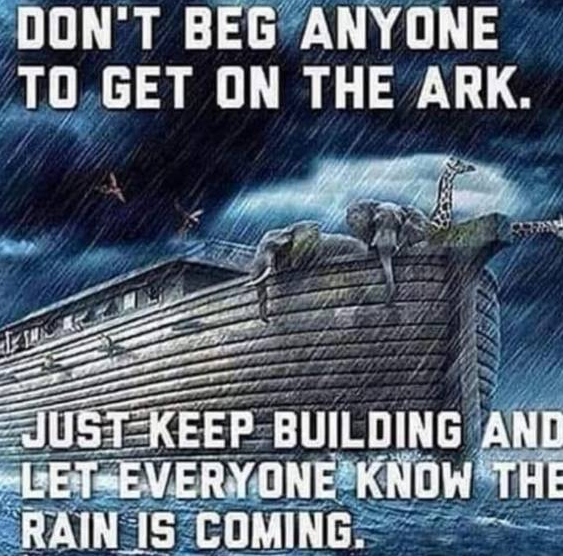 In August 2021, we warned that the Global Financial Tsunami was finally approaching, as we moved into Phase 3 of the Arkent Road Map. The past two months in the markets have seen a low-volatility period that is consistent with the apex of our Phase Two risk-on move since March 2020, with price patterns everywhere in risk assets demonstrating a loss of momentum and breadth. Simultaneously, we would describe the sentiment as a deafening silence (before the storm) in the collective market mood. One in which the maxed-out longs have become complacent in that the FED will continue to underpin the rally in risk assets.

However, as we have outlined in our Murrinations using our metaphor of a tidal wave, the retreat from Kabul was the geopolitical water that went out before the tidal wave hits. The retreat from Afghanistan has come after a long list of American geostrategic retreats and failures: from the Ukraine which was supposed to be guaranteed protection by way of American nuclear weapons, to Iraq, Libya and now Kabul. Our views are detailed below:

Biden's obvious appeasement strategy is clearly perceived by the world as a policy of retreat from the maintenance of the borders of the American empire. In terms of the Five Stages of Empire, we are now in the fifth stage of the fifth phase of decline, i.e. the end game, part of which is The Bursting of the Doomsday Bubble.

To state the obvious, the American empire is based on its reserve Dollar status. Loose hegemonic dominance and reserve status will soon follow. The support provided by the FED’s continued printing of money has to date been holding up US equity markets, along with the false perception of American economic dominance. False because, deleveraged, the real economic power of America is all but exposed as an illusion. Most importantly, only the FED now maintains the illusion that the accelerated collapse of Pax America, as driven by Biden's appeasement policy and his socialist policies, is not upon us. However, the collapse of Pax America is bigger than the power of the FED who will thus inevitably fail, as have all the treasuries of previously fallen empires.

In addition, the FED very soon will have to follow other central banks who can see the presence of underlying inflation rises. Thus,  they too will have to face the inevitability of tapering as underlying inflation signs increase. At that point, the whole super-leveraged deck of cards that is now the economy of America will collapse, taking with it all the other European nations who are in a similar state as America.

If that situation was not bad enough for the financial markets, inflation is now systematically increasing such that real rates are now effectively negative. This will only increase downward pressure on financial markets.

As such, all roads lead to a major market decline this autumn that will, in all probability, become the worse crash in financial history. Tin hats on!

For more information, subscribe to our Arkent Scenarios Updates.